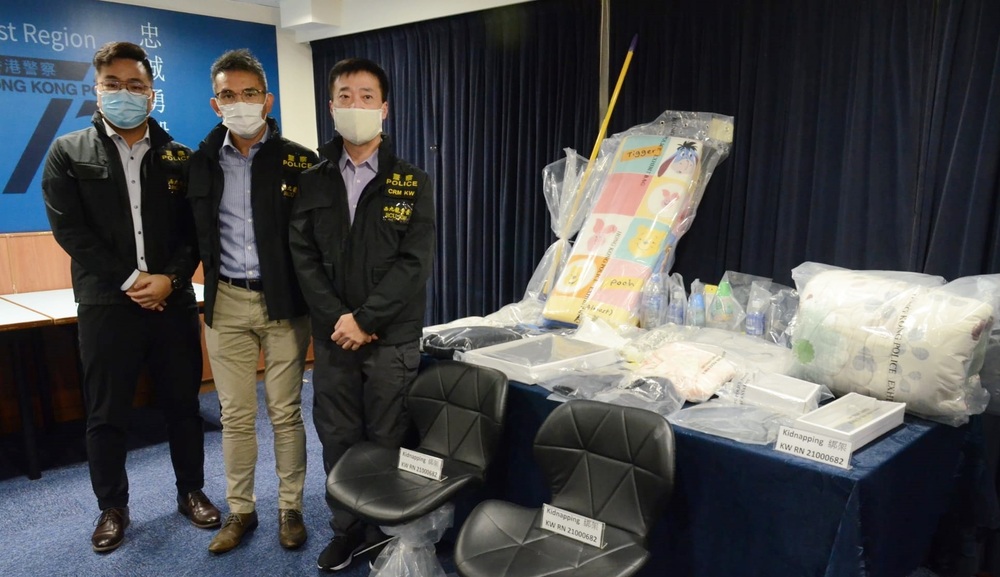 Police on Tuesday said they have arrested six more people in connection to kidnapping of a man caught up in a cryptocurrency investment scam.
The force said five men and one woman, aged between 25 to 40, were arrested in multiple locations in Kowloon and the New Territories on Monday. They were currently detained for suspicion of kidnapping and conspiracy to kidnap.

So far a total of 11 men and two women were arrested in the case. Two suspects have been charged and appeared in court on Monday.

Police will not rule out further arrests as investigation continues.

The kidnap victim, who is a cryptocurrency trader, managed to escape through a window of a metal hut in Nam Hang Tsuen rural village in northern Tai Po last Friday after he was kidnapped for almost a week.

On the morning of November 6, the victim was lured to Kowloon Bay by a buyer he met online, who said he was interested in buying Tether cryptocurrency for HK$4 million.

The victim was then taken to a unit of an industrial building nearby, where several men inside assaulted him with a hammer and iron bars, severely injuring him and kidnapped him.

The kidnappers forced the victim to give them his mobile phones, as well as passwords to his online banking account and cryptocurrency trading platforms. They also demanded the victim contact his family and friends for ransom by lying to them that he was in debt.

The kidnappers originally asked for HK$8 million but the ransom was increased to HK$30 million later. The police said the victim’s family did not pay any ransom.

The victim was transported to an unknown container terminal via a private car in the early hours of November 7. He was brought to a remote squatter hut in Nam Hang Tsuen in Tai Po at night on the same day.

The victim’s family reported to the police on November 9. Police began their investigation on November 10, and identified the location where the victim was held.

On Friday night, the victim escaped from a window of the unit. Officers who were laying an ambush immediately rescued him and raided the hut, arresting two kidnappers there. Police arrested five more people in the next two days. The seven suspects, including six men and a woman, are aged between 25 and 32.
Add Comment