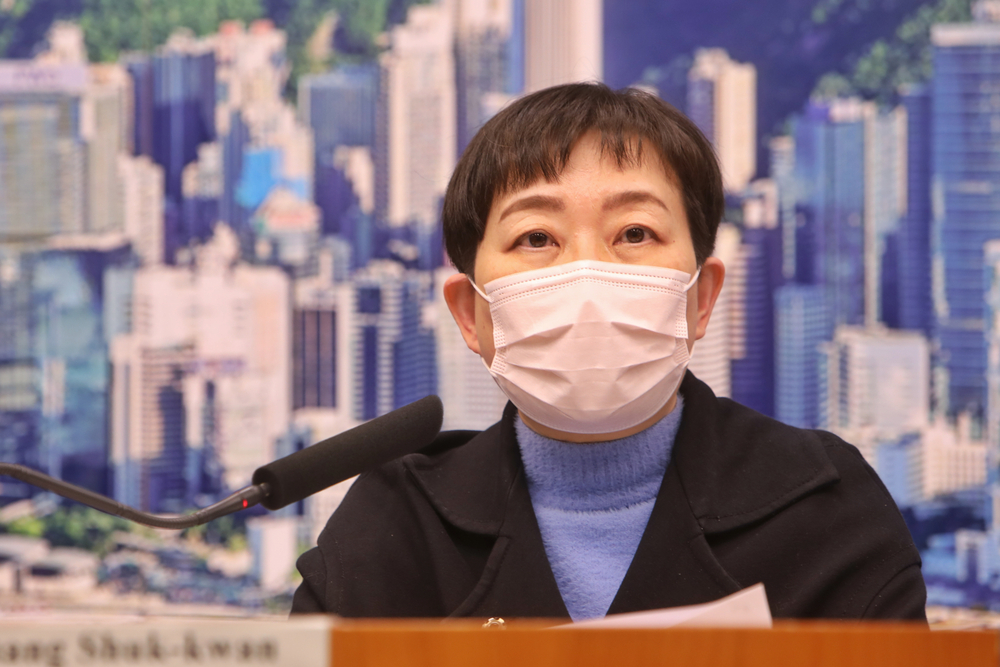 Health officials said today that a patient with unknown source of infection has visited the Mr. Ming's Chinese Dining in K11 Musea in Tsim Sha Tsui, where they later discovered five other preliminary positive cases who have also visited the restaurant.
The untraceable case today was said to have visited the restaurant on February 18, while the five other preliminary positive cases have visited a day later at around 1pm to 2pm.

Chuang Shuk-kwan, head of the Centre for Health Protection's Communicable Disease Branch, said it is still unsure how the patients contracted the virus.

“As a safety precaution, and to prevent further transmission, we have ordered the restaurant to close for the time being, and have included the restaurant in the compulsory testing notice requiring all staff and customers who visited on or after February 18 to get tested,” she said.

Hong Kong has recorded 17 new confirmed Covid-19 cases - 16 local and one imported – bringing the tally to 10,914 cases, according to the Centre for Health Protection.

Among the 17 patients were eight men and nine women, aged between 22 to 72 years. There were also around ten preliminary positive cases today.

Chuang said of the local cases today, 10 of them were linked to previous local infections and the other six with untraceable sources.

The infected returnee is from Dubai and was tested positive with the mutated virus strain N501Y.

Chuang also added that apart from the six buildings where the untraceable cases live, four buildings were also included in the compulsory testing notice today after Covid cases were detected.

The buildings include Wah Yuen House of Chuk Yuen (South) Estate in Wong Tai Sin, Lai Yue Building in Kwun Tong, The Hudson in Kennedy Town, and a building on 11A Lin Fa Tei in Yuen Long.

Among the preliminary positive cases today is a 16-year-old secondary student of Yu Chun Keung Memorial College. The student last went to school on February 23 and have been in lessons with his classmates, but no classmates were listed as close contacts. Authorities have since suggested the school close for 14 days for disinfection.

An IT staff who works at Kowloon Hospital and a sales who works at Billion Plaza in Cheung Sha Wan were also among the preliminary positive cases today.
#COVID-19  #Covid
Add Comment