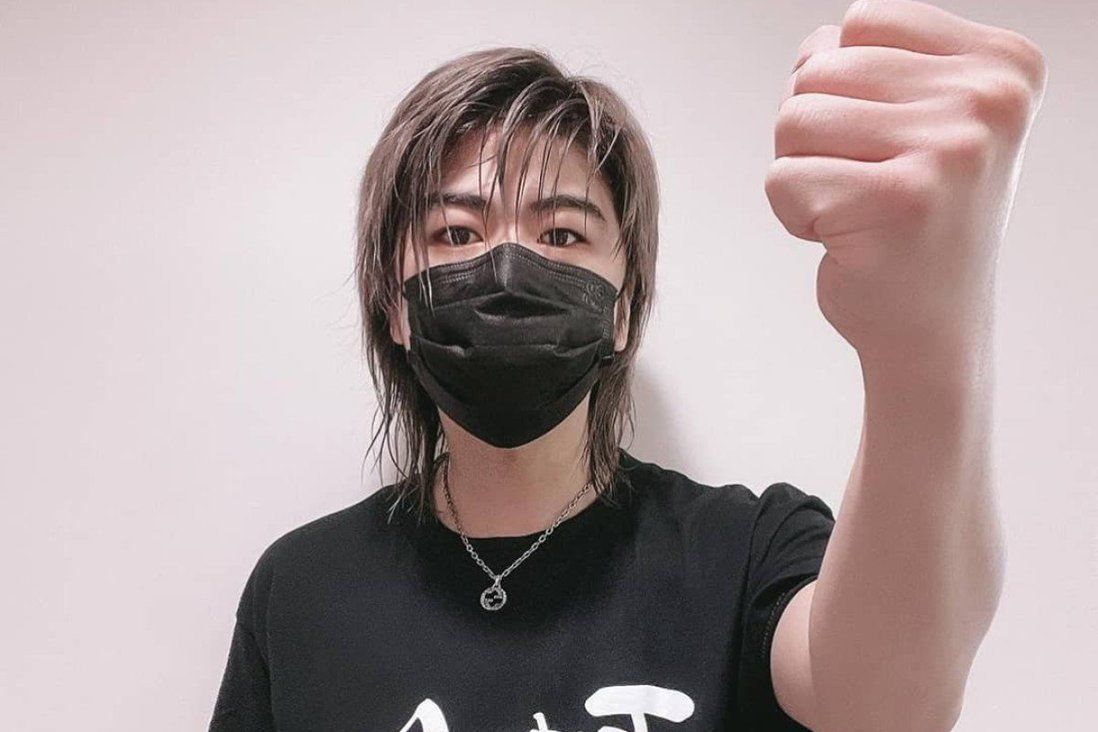 Yuen is accused of raising HK$1 million on pretext of helping arrested protesters but then spending part of it himself, including at the racetrack.

Hong Kong singer and outspoken supporter of the anti-government movement Tommy Yuen Man-on has been arrested by national security police on suspicion of money laundering and acting with seditious intent, the Post has learned.

Police on Tuesday said officers had detained a 41-year-old singer and his 20-year-old assistant in the afternoon, with a source identifying the former as Yuen, a member of the defunct Canto-pop boy band E-kids, formed in 2002.

Senior Superintendent Steve Li Kwai-wah said the singer was accused of using money raised online ostensibly to support protesters arrested during the social unrest in 2019 for his own personal use, including gambling.

HK$1 million (US$128,200) was raised through Yuen’s social media platforms between March and November 2021 and deposited into a bank account belonging to the assistant, who was also arrested for money laundering, police said. According to the insider, the second person was Yuen’s former brother-in-law.

The force insider said all the money was then transferred to Yuen’s bank account.

“About HK$340,000 was withdrawn in cash on dozens of occasions over the nine-month period. We are still investigating what it was used for,” the source said, adding no evidence suggested any of the remaining HK$660,000 went to arrested protesters.

Li said a police investigation showed that HK$150,000 was used for personal spending and HK$270,000 was transferred to a Jockey Club account for betting. The National Security Department had frozen HK$140,000 remaining in accounts with a local bank and the Jockey Club, while officers also seized bank cards and related records, including betting slips.

“Apparently the suspect had stolen the donations for personal use,” Li said.

Yuen has been supportive of the anti-government protests and even led students in singing the movement’s de facto anthem Glory to Hong Kong. Under his Facebook profile picture, the singer has written in English: “We die for fight. Liberate Hong Kong, the revolution of our times.”

Li said Yuen performed a song during an online concert last November with amended lyrics that included the popular protest slogan. Referring to the first person convicted under the national security law, the senior superintendent added: “In the case of Tong Ying-kit in July, the court judgment stated very clearly that such a slogan carried a secessionist meaning which separates Hong Kong from China.”

Yuen was also accused of posting messages on social media that carried seditious intent since September 2021, in an alleged bid to provoke hatred towards the government and judiciary, as well as incite others to break the law.

Other writings were said to have mocked injured or fallen police officers and encouraged others to flout anti-pandemic measures.

“The 41-year-old suspect attempted to scare residents, saying they would die from getting Covid-19 vaccines,” Li said.

The singer also allegedly posted messages online cursing judges who had ruled against him in previous cases, including ones stemming from charges of drink-driving and speeding. Yuen was also arrested in June of last year for drinking in a place without a liquor licence.

Beijing imposed the national security law in June 2020 to ban acts of secession, subversion, terrorism and collusion with a foreign country. The police’s dedicated department has since arrested 1,635 people and charged more than 100 of them.

Yuen is not the first singer arrested by national security officers. Denise Ho Wan-sze was among seven people who worked at, or were linked to, Stand News taken into custody last December for publishing content that authorities alleged was seditious and aimed to stir up hatred against the government.