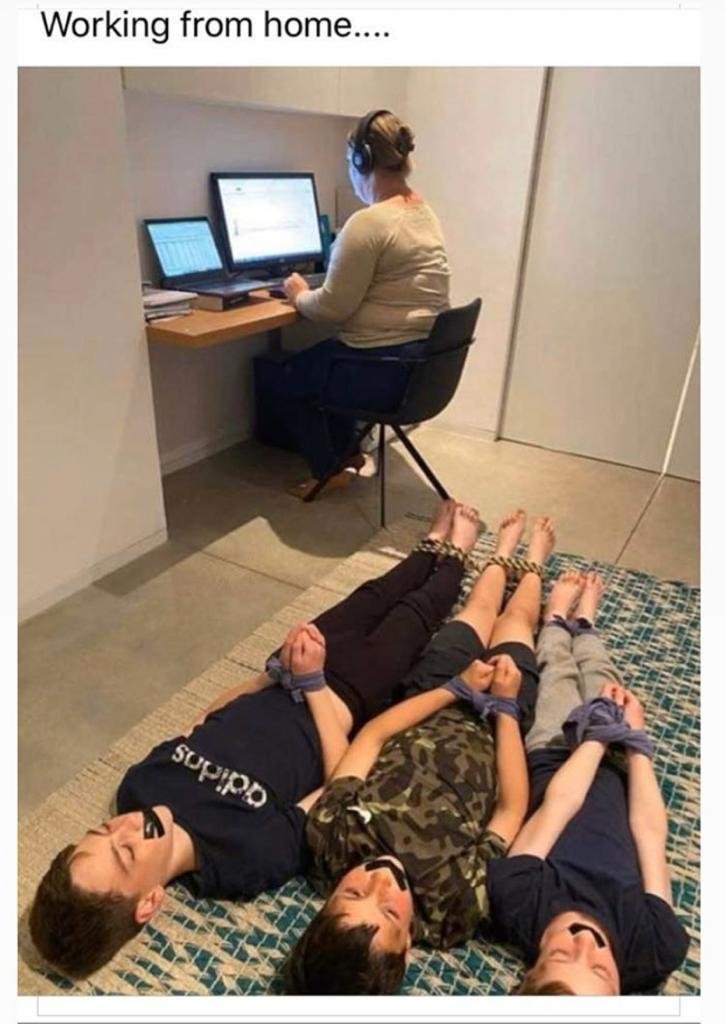 Hundreds of millions of people around the world have been confined to their homes as US states implemented stay-at-home orders similar to those in Europe, India started a 14-hour curfew and Singapore banned all short-term visitors.

The measures came as deaths from the global coronavirus pandemic surged toward 13,000.

More than a third of Americans were adjusting to life in various phases of lockdown – including in New York, Los Angeles and Chicago, three of the country’s most populous cities – with more states expected to ramp up restrictions.

The virus death toll soared past 12,700 worldwide as worst-hit Italy reported a one-day record number of deaths – nearly 800, with the country’s overall toll shooting past 4,800 – and Spain reported a 32 per cent spike in new deaths.

France’s toll jumped by 112 to 562, as police officials said helicopters and drones were being deployed to boost the government’s attempts to keep people in their homes.

On Sunday, mainland China reported 46 new cases, 45 of which were imported. The country confirmed six more deaths, five of which were from Hubei province, ground zero of China’s outbreak.

Mainland China has now recorded 81,054 coronavirus cases since the start of the outbreak, and 3,261 deaths, including six on Saturday. A total of 59,432 patients had recovered, according to the National Health Commission.

Hubei reported its fourth straight day of no new cases. The World Health Organisation said the central city of Wuhan, where the virus was first detected late last year, offered a glimmer of “hope for the rest of the world”.

But there are concerns of a new wave of “imported” infections in the region, with Hong Kong reporting 48 cases on Friday – its biggest daily jump since the crisis began.

Here are the updates:

Singapore on Sunday announced that it will ban all short-term visitors from entering or transiting through the city state indefinitely, starting Monday.

“In view of the heightened risk of importation of Covid-19 cases into Singapore, all short-term visitors will now not be allowed to enter or transit through Singapore. This is also to conserve resources so we can focus on Singaporeans,” said the health ministry in a statement.

Travel restrictions are also tightened for work pass holders, with only those providing essential services, such as in health care and transport, allowed to enter.

“These are very significant moves especially for a small, open economy like Singapore … but this is an unprecedented crisis,” said national development minister Lawrence Wong, who heads a multi-ministerial task force that deals with the coronavirus, adding that these measures would lower the number of imported cases.

The added measures also come amid a spike in imported cases in Singapore over the past week. The city state reported two deaths early Saturday: a 75-year-old Singaporean and a 64-year-old Indonesian national, both of whom had a history of heart disease.

Singapore’s Prime Minister Lee Hsien Loong on Saturday also took to Facebook to reassure the population, but also warned of further deaths. “As we get more Covid-19 cases, more patients will need ICU care, and we must brace ourselves for more losses,” he wrote.

The Lion City has 432 reported cases; 140 of them have recovered, and 14 remain in critical condition.

Meanwhile, Singapore’s foreign affairs ministry said that it has evacuated eight citizens from Iran with the help of the Malaysian embassy in Tehran.

The Singaporeans would serve their 14-day quarantine at Kuala Lumpur before returning to Singapore.

Iran is the epicentre for the outbreak in the Middle East.

The Italian government is closing all non-essential production activities in connection with the coronavirus pandemic, Prime Minister Giuseppe Conte said.

He spoke of the “greatest challenge since the Second World War”.

Italy reported almost 800 new coronavirus deaths on Saturday with the outbreak showing no signs of abating despite ever stricter curfews being enforced nationwide.

The Civil Protection Authority said 4,825 people had died, an increase of 793 compared with the day before, making it the highest daily fatality figure since the start of the Covid-19 pandemic in the country.

More than a billion people remained indoors in India on Sunday during a one-day nationwide curfew aimed at controlling the spread of the novel coronavirus even as positive cases topped 315.

Prime Minister Narendra Modi in an address to the nation last week urged citizens to stay indoors from 7am to 9pm – a move that he said would be a crucial test for a country to assess its abilities to fight the pandemic.

“Let us all be a part of this curfew, which will add tremendous strength to the fight against the Covid-19 menace,” Modi tweeted minutes before the curfew commenced. “The steps we take now will help in the times to come,” he said in the tweet.

There are concerns that the number of cases may be far higher than reported in India, the second-most populous country with over 1.3 billion inhabitants. Four people have died so far.

A week-long ban on all international flights ordered by the government also came into effect on Sunday.

According to Korea’s Centres for Disease Control and Prevention (KCDC), two more people who tested positive for Covid-19, the disease caused by the virus, also died in the past day, bringing the total death toll in the country to 104.

Following a 147-cases jump on Saturday, the 98 new infections brought the country’s total to 8,897. The uptick over the last few days followed a days-long downward trend in new cases.

The pace of daily new infections appeared to be slowing since the second week of this month as health authorities completed extensive testing of 210,000 Shincheonji followers, according to South Korean news agency Yonhap.

About 60 per cent of the confirmed cases – including 43 of the new ones – have been linked to a branch of the Shincheonji religious sect in the south-eastern city of Daegu.

First cases confirmed in Gaza Strip, despite being isolated anyway for many decades

The Palestinian Health Ministry announced the first two cases of the coronavirus in the Gaza Strip early Sunday.

The ministry said the cases were two people who returned recently from Pakistan. It said they had been moved to isolation at a hospital in Rafah, a city in the southern Gaza Strip.

The development added to fears of a potential outbreak in the crowded enclave, which has an overstretched health care system after years of an Israeli-Egyptian blockade and Palestinian political division.

The blockade has rendered Gaza off limits to foreign tourists, and Israel and Egypt have shut their borders with the territory as part of measures aimed at containing the virus.

Palestinians returning home can still enter Gaza, but are sent to quarantine centres.

He said work-related trips, the transport of essential supplies and travel on compassionate grounds could continue but people should cancel any other travel plans ahead of the upcoming Easter school holidays.

Australia has already sealed off its borders, putting in place an unprecedented ban on entry for non-residents in the hope of stemming the rise of Covid-19 infections.

Two Australian regions – the island state of Tasmania and the Northern Territory – have also implemented a 14-day quarantine period for all visitors.

North Korea welcomed what it said was a letter from US President Donald Trump to North Korean leader Kim Jong-un, saying it was a sign of “the special and very firm personal relations” between the two leaders despite recent frictions.

A senior Trump administration official confirmed Trump sent the letter and said it was “consistent with his efforts to engage global leaders during the ongoing pandemic”.

Trump “expressed his intent to render cooperation in the anti-epidemic work, saying that he was impressed by the efforts made by the Chairman to defend his people from the serious threat of the epidemic,” North Korean state news agency KCNA reported. It did not say when the letter was received.

Dubai carrier Emirates Airlines announced Saturday it would suspend flights to dozens more cities, taking its total route closures past 100, in a bid to forestall the spread of coronavirus.

The United Arab Emirates on Friday announced its first two deaths from the disease. Total recorded infections in the UAE stood at 153, of which 38 have recovered.

Merkel stocks up at supermarket

German Chancellor Angela Merkel was seen doing some shopping Friday, stocking up on essentials for the weekend at her local supermarket.

Merkel has urged Germans to stay at home and practice social distancing to help beat the coronavirus outbreak.

The British government on Saturday urged people to stop panic buying during the coronavirus crisis, claiming there was enough food for everyone.

With supermarket shelves still being stripped of essential items, including toilet paper, officials said there was no need for panic.

The plea to stop panic buying came as health department figures Saturday showed that 233 people have now died from Covid-19 in the UK, with the number of those testing positive for the virus standing at 5,018.

The Spanish prime minister praised the nation on Saturday – one week after the government declared a state of emergency and then put the country under lockdown – and called on citizens to persevere through the Covid-19 pandemic.

The number of people infected with the novel coronavirus took another big jump in Spain on Saturday, leaping by 5,000 for a total of 25,000 infected.

The region around Madrid one of the worst-hit in the country, with almost 9,000 cases of the coronavirus and 800 dead.
Add Comment