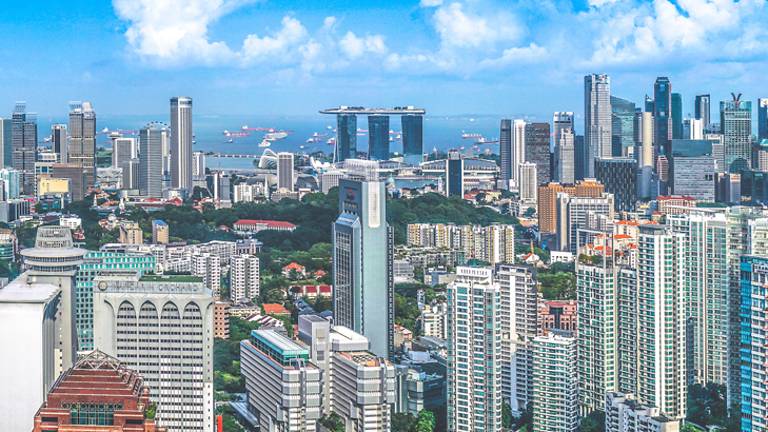 Buyers from Hong Kong, and other expats, have been moving to Singapore since the end of the circuit breaker period in June. This has helped bolster its property market despite a record-breaking economic downturn.

When David, an executive at a top global investment fund, swapped Hong Kong for Singapore this year, he was delighted to find he could rent a six-bedroom house with a verdant backyard for two-thirds of the price of the three-bedroom apartment he was used to.

“The family loves the extra space,” said David, who did not want to give his real name. “Now we are looking at buying.”

Buyers from Hong Kong, and other expats, have been moving to Singapore since the end of the city-state’s lockdown in June. This has helped bolster its property market despite a record-breaking economic downturn.

But it can be an exercise in stealth. Many companies with Hong Kong offices are reluctant to move executives en masse, or with fanfare, in case they aggravate China’s government with the suggestion that Hong Kong has become less attractive as a finance hub. 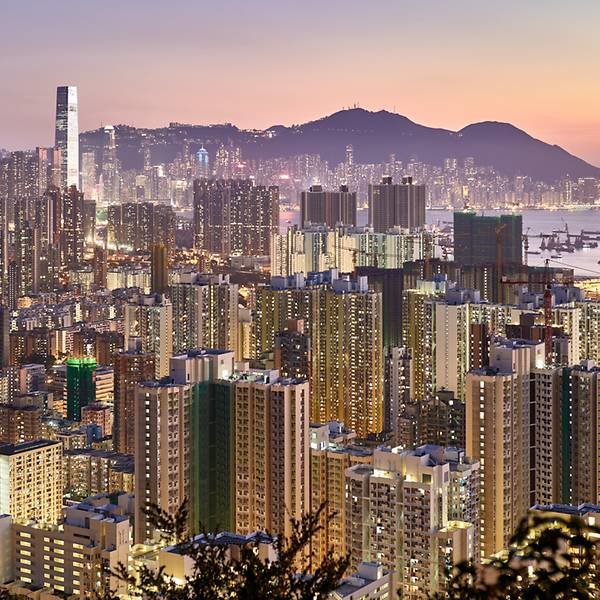 Many companies with Hong Kong offices are reluctant to move executives en masse, or with fanfare.

Known as the Lion City of Asia, Singapore’s strong rule of law, low taxes and one of the world’s best-connected airports have meant it has long fielded interest from international buyers and high-flying financiers. This is despite its stamp duty fees, which can be as high as 25 per cent.

James Dyson, the industrial designer and entrepreneur, for instance, bought a property in the city-state last year, paying S$73.8 million for a penthouse in the central business district (CBD).

But coronavirus, coupled with Hong Kong’s attractiveness being reduced since the new national security law was passed in June, has made Singapore’s stability even more prized. 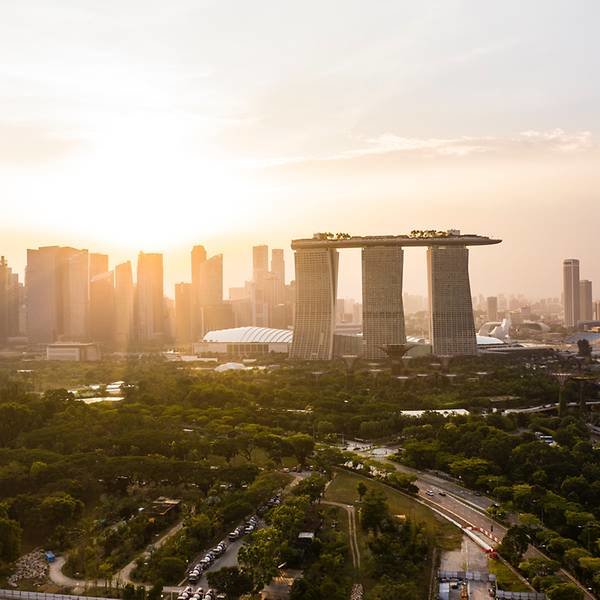 Singapore’s strong rule of law, low taxes and one of the world’s best-connected airports have meant it has long fielded interest from international buyers and high-flying financiers.

“Singapore is in a very strong position despite the pandemic as far as real estate is concerned,” said Ismail Gafoor, chief executive of PropNex Realty, Singapore’s largest private real estate company. He points to the government’s effective handling of the virus.

Even with a government lockdown imposed in April, May and part of June, coupled with very strict border controls, overall transactions of high-end properties have been higher than last year.

In the first nine months of 2020, there were 2,362 transactions in the core central region, which has the city-state’s highest-priced homes, according to data from Singapore’s Urban Redevelopment Authority. That compares with 1,962 over the same period in 2019.

This is despite Singapore falling into a recession for the first time since the global financial crisis, thanks to the pandemic. In the second quarter, the economy shrank by 13.2 per cent year-on-year – the largest drop since independence in 1965 – the government said in July. That was followed by a 7 per cent contraction in the third quarter year-on-year.

Of the total sales in the first nine months, 260 units were sold to foreigners. Though much lower than the 316 in the same period last year, this was nonetheless “considerable”, given the pandemic has made buying extremely difficult for a large chunk of the year, said Gafoor. He adds that 75 per cent of international buyers were from mainland China or Hong Kong. 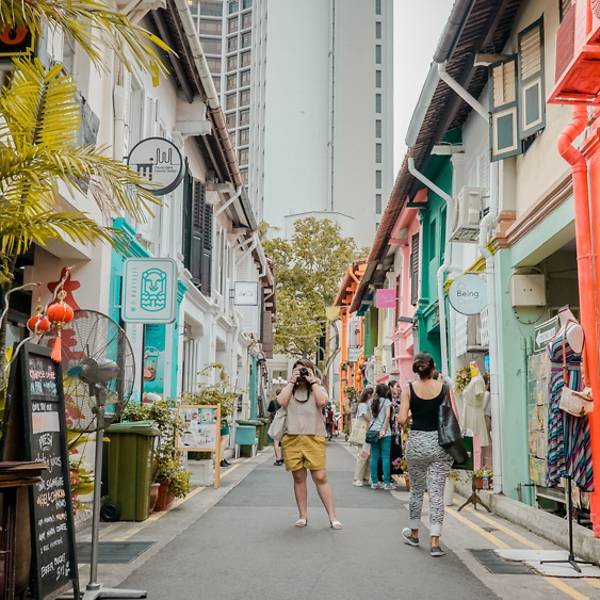 When the city-state’s “circuit-breaker” lockdown ended in June, there was a jump in overseas sales, said Christine Li, head of research for Singapore and south-east Asia for property agents Cushman & Wakefield. So called non-landed transactions – usually involving apartments or condominiums – by non-Singaporeans fell in March, April and May.

In June that trend reversed. Sales rose more than 200 per cent compared with May, while July (up 33 per cent) and August (up 5 per cent) also increased month-on-month.

Singapore private residential prices are up 1 per cent over the year to date, according to official data. Prices in the core central luxury market have dropped 3.4 per cent but that has been partly offset by price growth in the city fringe (0.3 per cent) and suburbs (1.4 per cent), Li said.

Ella Sherman, associate executive sales director at Knight Frank, said she recently worked for a couple that were British expats born and brought up in Hong Kong and have just moved to the city-state.

“Sales have picked up as more Hong Kong businesses move to Singapore,” she said, adding that a lot of her customers work in private equity. “The influx of Hong Kongers may result in an uplift of asking prices,” she added.

One commercial tenant representative for a large property company, speaking anonymously, said companies were making a subtle shift to Singapore, opening subsidiary offices. These would in time replace their Hong Kong offices as head offices.

Gafoor said the interest from Hong Kong-based buyers has not fully been reflected in the data yet. Many, like David, are opting to rent homes first.

The global technology boost during the pandemic is likely to strengthen Singapore’s property market. The city-state markets itself as Asia’s technology capital and accounts for 59 per cent of the Asian regional headquarters of multinational tech companies, said the Economic Development Board. Alibaba, Tencent and ByteDance, among China’s biggest companies, have announced plans to expand in Singapore this year.

“Tech giants are coming to Singapore and these companies’ middle management has been heavily rewarded due to market demand and performance of stock prices,” said Li. “They are on the lookout to buy high-end properties.”

High stamp-duty costs for overseas buyers have not deterred the well-off during the pandemic. “In this period the rich get richer,” said Simon Wong of List Sotheby’s International Realty. Demand is coming from clients who are looking to park money long-term in Singapore. He added: “It is regarded as a safe haven.”

It seems, too, that Sir James is staying on, despite agreeing last month to sell his penthouse at a more than S$11 million loss. He still has a luxury house in Singapore’s prestigious Botanic Gardens area. 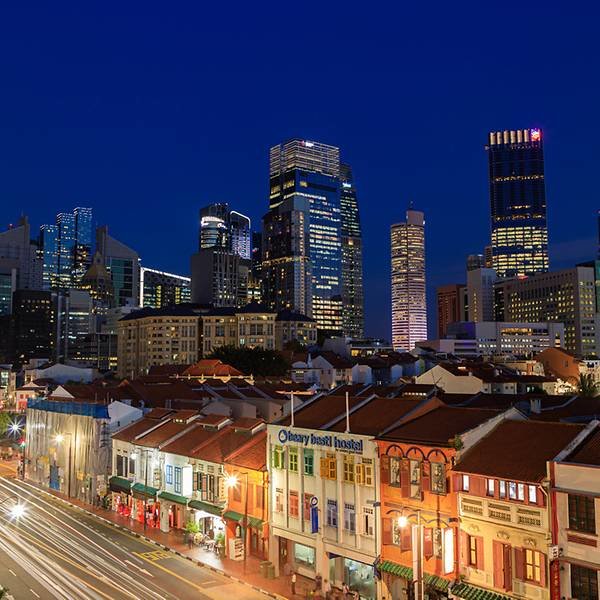 * Foreign buyers face restrictions on what residential property they can buy. Non-Singaporeans and non-permanent residents can buy most condos or apartments, and landed houses in the Sentosa area. Permanent residents enjoy greater access to landed properties but must demonstrate an economic contribution to Singapore.


* Foreign buyers must pay additional stamp-duty costs. The Additional Buyers Stamp Duty is an added tax of 25 per cent on your property price. An exception exists for US nationals and nationals of Iceland, Liechtenstein, Norway and Switzerland.

WHAT YOU CAN BUY FOR…

* S$1.9 million Two-bedroom condominium on the island of Sentosa


* S$19.3 million A four-bedroom penthouse on Wallich St in the CBD (the same building where Sir James Dyson just sold)