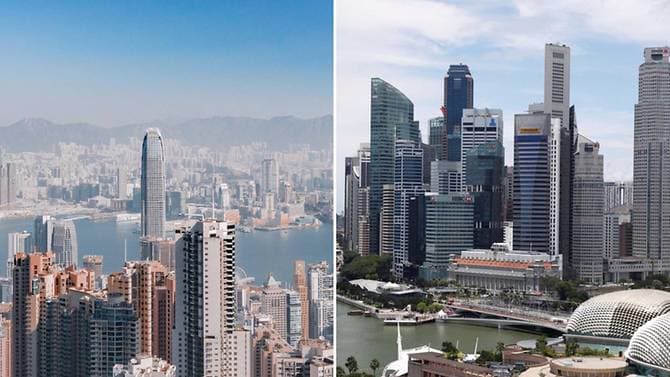 New York remains far and away the world's most favoured financial centre, with London still second and Singapore overtaking Hong Kong to come in third, latest rankings from the Global Financial Centres Index (GFCI) showed on Thursday.
Paris returned to the top 10 to replace Tokyo, but Moscow sank 22 places to 73rd as Western countries severed ties with the capital after Russia's invasion of Ukraine in February, GFCI said.

The spokesman of the HKSAR government said in a statement that Hong Kong saw an increase in the overall rating in the GFCI report, without responding directly to Hong Kong being overtaken by Singapore in the ranking.

It wrote that the ranking of Hong Kong in the area of financial sector development leapt by four places as compared with the previous issue.

"We will continue to listen to views and be bold in taking forward reforms to consolidate and strengthen Hong Kong's capital market and our role as an international financial centre ."
Add Comment