A disciplinary tribunal found Lee Suet Fern guilty of grossly improper professional conduct in handling Lee Kuan Yew’s last will. The case will now be referred to the country’s highest disciplinary body for lawyers and she could face a fine, suspension or be disbarred

The daughter-in-law of Singapore’s founding father has vowed to fight a ruling by a disciplinary tribunal that found her guilty of grossly improper professional conduct in handling the late leader’s last will.

“I disagree with the disciplinary tribunal’s report and will fight this strongly when it is heard in open court,” said Lee Suet Fern, the wife of Lee Kuan Yew’s second son Lee Hsien Yang and former head of one of Singapore’s biggest law firms, Stamford Law.
In a statement made to This Week In Asia via WhatsApp on Sunday, she also urged the public to obtain records of the closed-door proceeding and “come to their own independent conclusions”.

She made the comments after several media outlets reported on the tribunal’s ruling, which is related to a long-running family feud around the late Lee’s house that has pitted his older son – Prime Minister Lee Hsien Loong – against his younger siblings.

It also comes as a general election – that must be held before April next year – is expected to take place in Singapore this year.
Following the tribunal’s verdict, the case will now be referred to the Court of Three Judges, the highest disciplinary body to deal with lawyers’ misconduct, and Lee Suet Fern could face a fine, suspension or be disbarred, The Straits Times reported.

It asserted that the charges against her were proven beyond reasonable doubt and there was cause for disciplinary action, Reuters reported.

According to The Straits Times, the tribunal said she had “managed every aspect of the process” in drafting the will, and got her colleagues to witness its signing.

If so, Lee Suet Fern, who was acting as Lee Kuan Yew’s lawyer, would have breached the Legal Profession Act and the relevant conduct rules, as she did not advise her father-in-law to consult another lawyer for advice to avoid any conflict of interests, given that her husband, Lee Hsien Yang, was a beneficiary of the will.

“This is not a case of sheer incompetence, inadvertent negligence, or even reckless indifference. [Lee Suet Fern] as [Lee Kuan Yew’s] lawyer, deliberately failed to discharge the duties that she was supposed to perform. Her breaches are egregious,” said the tribunal in its report.

“The respondent’s conduct clearly lacked the integrity, probity and trustworthiness required of an advocate and solicitor. What she did was dishonourable, both to herself, as a person, and to the legal profession.”

But Lee Suet Fern maintained that her father-in-law was never her client, and that she was instructed by him in relation to the will, stressing that it was a family matter.

She said at the tribunal hearing that her husband had called her and “scolded [her] for taking so long to deal with” the will signing.

Email records later showed that she had sent her father-in-law a draft of the will at 7.08pm, and he signed it 16 hours later at 11.10am the next day.

One of the central issues in the case is the fact that Lee Kuan Yew’s usual lawyer Kwa Kim Li, who had drafted earlier versions of his wills, was not involved in the process.

The main difference between the penultimate will drafted by Kwa and the final one was how the former did not include a demolition cause for the late prime minister’s bungalow, more widely known as 38 Oxley Road.

Lee Kuan Yew had also bequeathed a larger share of his estate to his daughter, Lee Wei Ling, in the earlier version.

Former Attorney General Walter Woon, who represents Lee Suet Fern alongside Senior Counsel Kenneth Tan and lawyer Abraham Vergis among others, said in his submissions that the argument that Lee Suet Fern and Lee Hsien Yang had deliberately cut Kwa out of the conversation to execute his last will was “totally implausible”.

Woon pointed out that the couple had sent a copy of the draft will to Kwa, and told her after the will was signed.

“If there were any irregularities, they would have been exposed practically immediately,” Woon said.

The tribunal also described Lee Suet Fern as a “deceitful witness, who tailored her evidence to portray herself as an innocent victim who had been maligned”.

It added that the conduct of her husband, who testified as a witness, was “equally deceitful”.

Lee Hsien Yang on Sunday morning shared a Facebook post by his sister, Lee Wei Ling, which called the tribunal’s report a “travesty”.

“This all is yet another attempt to rewrite history following on from the secret ministerial committee looking into Lee Kuan Yew’s will and wishes for 38 Oxley Road. My father knew full well what he was doing. He was clear in his decision for the will,” wrote Lee Wei Ling.

“I continue to be ashamed at Hsien Loong’s disrespect for his father’s dying wish.” 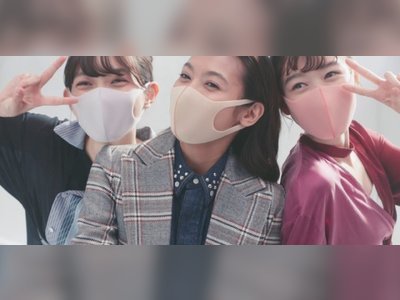 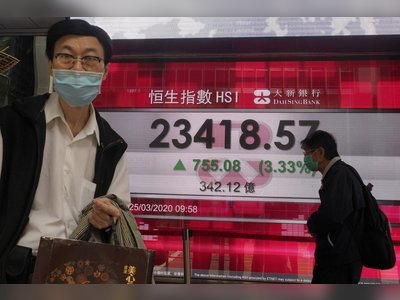 Asian tycoons and private equity funds are driving privatisation bids at the same pace as when stock prices slumped during the Sars outbreak in 2003, deal bankers say. Cash-rich...