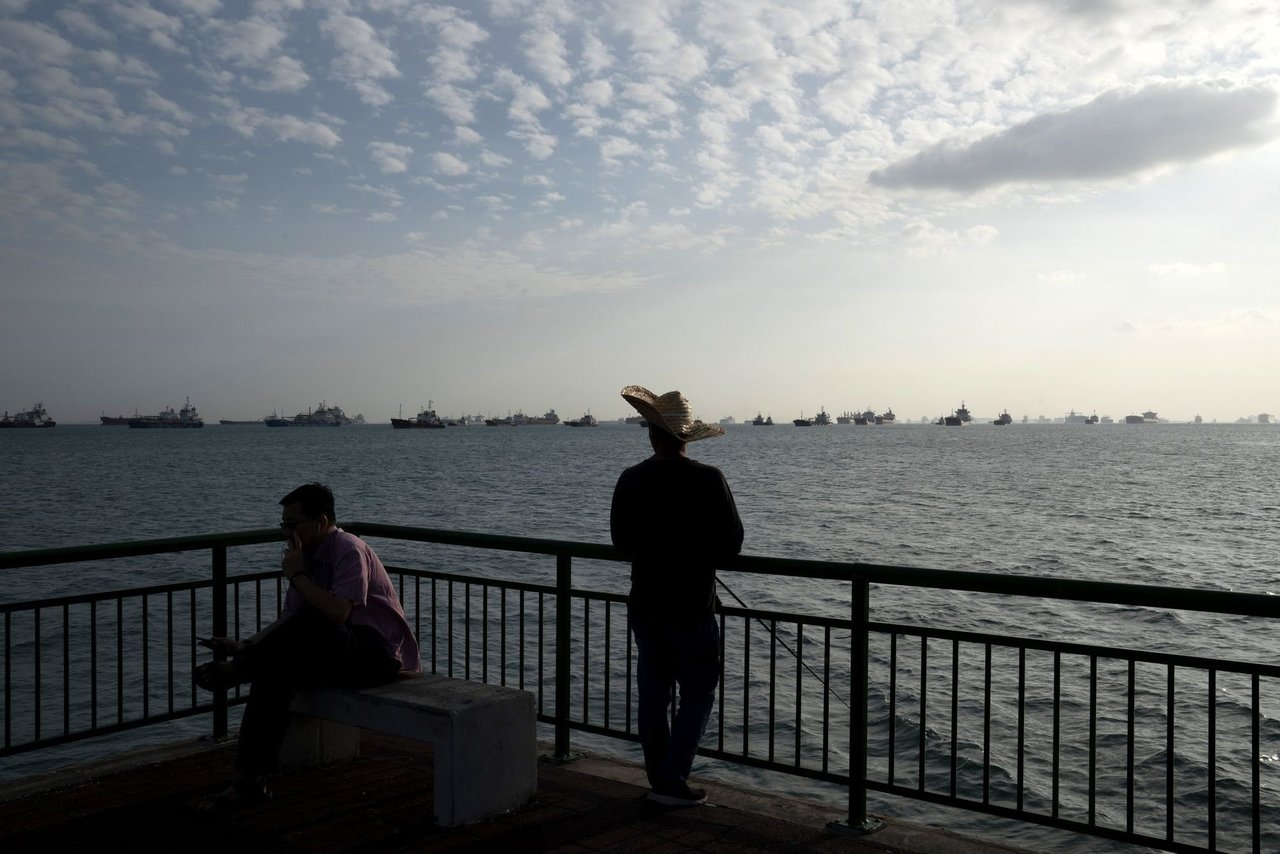 Singapore Coastline Packed With Ships Full of Oil No One Wants

A narrow waterway off Singapore has become even more congested as oil-laden tankers wait out a slump in global fuel consumption that’s crimped demand and boosted the use of ships to store cargoes.

About 60 clean fuel tankers are currently anchored along the busy strait, up from the usual 30-40 ships, according to Rahul Kapoor, head of commodity analytics and research at IHS Markit. Some vessels are being used to hoard fuel at sea as onshore tanks fill up. Others are probably parked, waiting to be redirected to any willing buyer across Asia and the world as the coronavirus pummels economies worldwide.

Ships filled with oil products including gasoline and jet fuel are moving from major refinery hubs such as South Korea and China due to a crash in domestic demand and swelling stockpiles. These tankers are finding their way to the Singapore Strait, where the glut is being compounded by offloading delays at the city state. Vessels currently have to wait about two weeks to discharge cargoes in Singapore, compared to the typical 4-5 days, according to shipbrokers and traders, leaving ships stranded in local waters.

Storage options are dwindling globally as onshore tanks rapidly fill to capacity, prompting traders, refiners and infrastructure companies to seek alternatives such as pipelines and ships. Bloomberg earlier reported that those who managed to snag some highly-coveted tanks in Singapore were being charged much higher rates, even as the nation stopped leasing out space to new customers.

Major fuel-exporting countries are facing difficulties finding homes for their surplus barrels,” said Sri Paravaikkarasu, Asia oil head at industry consultant FGE. In Singapore, crude processing rates at refineries have probably dropped to around 60% of capacity, and may drop further to as low as 50% during the second quarter, she said.

The onshore storage squeeze is being seen across the region. In India, tanks were 95% full as of last week as refiners scrambled to find space to hold their excess fuel, even turning to pump stations and depots. In Singapore, fuel stockpiles rose to a four-year high in mid-April.

Utilizing tankers has become the next best option, with analytics firm Vortexa estimating floating crude oil storage in Asia at a four-year high. Taking into account the waters off Singapore as well as Malaysia, data intelligence firm Kpler saw a 45% month-on-month increase in the volume of clean fuels -- comprising naphtha, gasoline, jet fuel and diesel -- stored on ships to 6.64 million barrels as of April 23.

Across the world, freight rates for both clean as well as dirty tankers have surged dramatically along with rising demand for floating storage. Also, shippers are using a strategy known as slow steaming, where they deliberately reduce the speed of tankers to increase the shipments’ transit time while awaiting the emergence of buying interest from customers, or save on fuel.
Add Comment