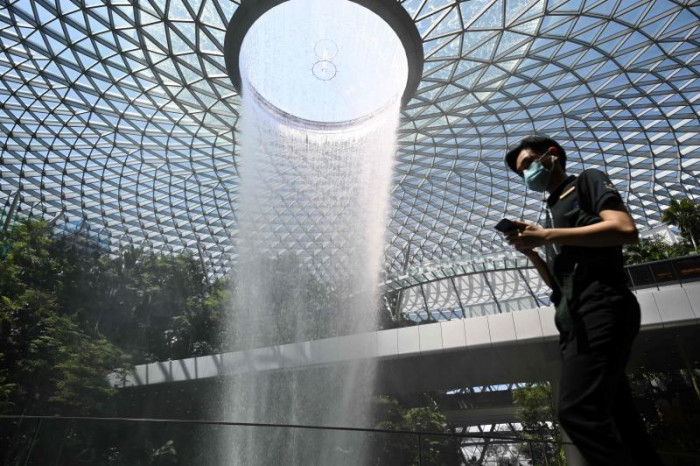 Singapore has started charging visitors for coronavirus treatment, the city-state said as it reported three new imported infections, two of which involved Indonesians.
Indonesia, the world's fourth-most populous country, reported its first virus case earlier this month and officially has just 19 infections compared to 160 in Singapore. Disease experts have questioned how many cases go undiagnosed in Indonesia.

Both had reported coronavirus symptoms in Indonesia before arriving in Singapore. One had previously sought treatment at a hospital in Indonesia's capital Jakarta.

Another case involved a Singaporean who had visited her sister in Indonesia who had pneumonia.

Declaring its new stance on payment for treatment, the health ministry did not mention these specific cases.


"In view of the rising number of Covid-19 infections globally, and the expected rise in the number of confirmed cases in Singapore, we will need to prioritise the resources at our public hospitals," the health ministry said in a statement.

Foreigners who are short-term visit pass holders who seek treatment for Covid-19 in Singapore need to pay but testing for the virus remains free.

Treatment of severe respiratory infections in Singapore public hospitals typically cost between S$6,000 - S$8,000 ($4,300-5,800), according to the Ministry of Health's website.

Of 33 imported cases reported by Singapore to date, 24 involve travel to China - where the virus first surfaced late last year - three to Indonesia and the others to Italy, Britain, France and Germany.

Researchers at the Harvard T.H. Chan School of Public Health, in the United States, said in a study last month that Indonesia should strengthen outbreak surveillance and control.

The Harvard team said Indonesia's lack of confirmed cases at that time "may suggest the potential for undetected cases" as air travel may contribute to cases being exported from China.
#COVID-19  #Covid  #Coronavirus
Add Comment