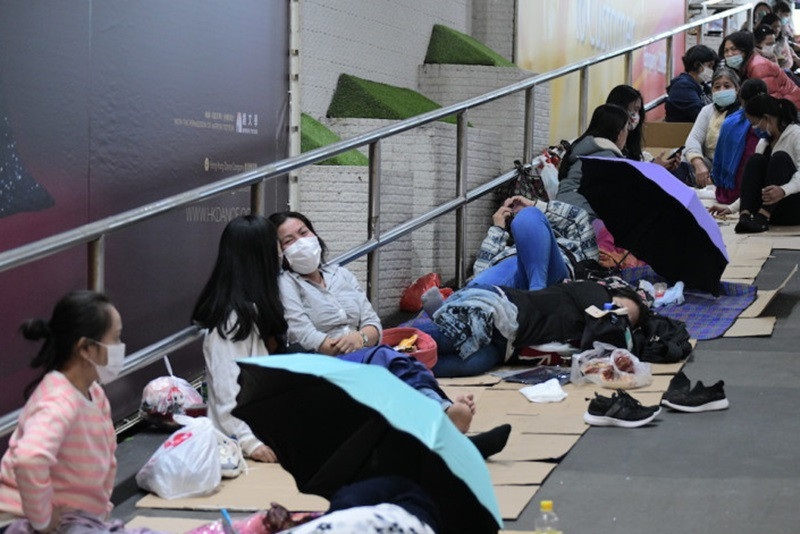 The significance of flight ban from the Philippines has been overestimated, Secretary for Labour and Welfare Law Chi-kwong said.
All flights from the country have been banned for two weeks since April 20 under a new mechanism stopping imported cases from high risk overseas countries. Although the domestic helper industry estimated 1,800 helpers would see their journeys affected by the ban, Law said the number should be much lower at a range between 546 and 840.

Law pointed out that Covid-19 and relevant health restrictions greatly reduced the number of helpers arriving in the city, from around 400,000 at peak to about 370,000. Although he still couldn’t say whether the decline in numbers is caused by Hong Kong’s economy or the new policy, he understood that the policy has caused problems for many Hong Kong, especially those who need helpers to take care of children or elders.

Yet he emphasised that controlling the pandemic situation of Hong Kong is always the priority of the SAR government. The coronavirus situation seems to worsen internationally with the latest mutant strain variant, therefore the government has to be more cautious for imported cases.

Law added that he understood the need of Hong Kong families, but the changes on domestic helpers policies have to be imposed accordingly in the premise of government’s disease prevention.

The Labour and Welfare Bureau earlier restated that there are three measures for affected employers. The first is that the work visa for newly employed helpers will be valid for 6 months instead of 3 months since December last year, so their visa could still be valid after the 14-day ban.

The second is if the helper could not arrive in the city in time and the family has already hired another helper, they can extend the contract for three more months.

The last one is that if employers already booked a room at the quarantine hotel for the helper, who now cannot come to Hong Kong due to the ban, the employer can ask the hotel for a refund.
#Coronavirus  #COVID-19  #Covid
Add Comment