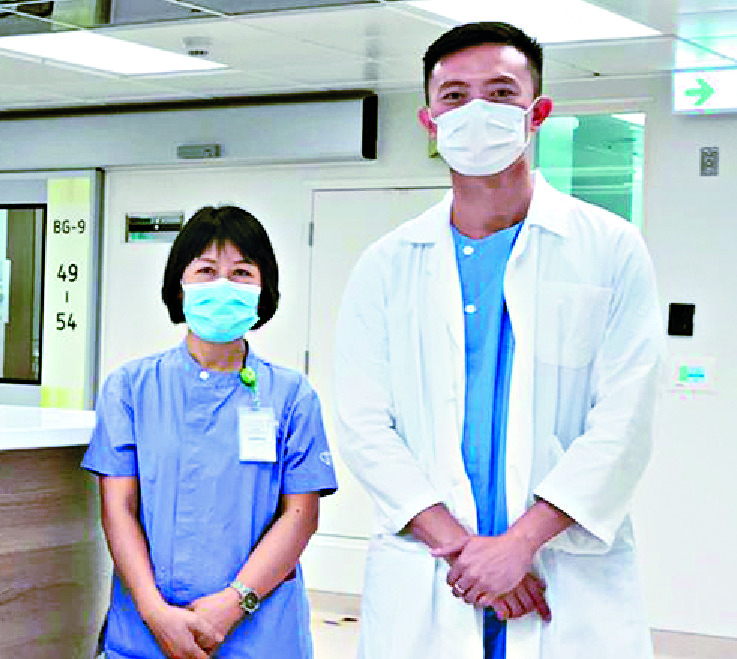 sign of the times as pandemic nurses bridge language gap

A nurse at Hong Kong Infection Control Center at North Lantau Hospital said she had to resort to body language to communicate with Covid-19 patients who spoke neither Cantonese nor English.
The center opened on February 26 to handle Covid-19 patients with mild or moderate clinical conditions. Amid a decline in local cases, it is now mainly handling imported cases, including those who tested positive at the airport or during hotel quarantine.

"I remember teaching an Indian lady how to do a urine test by using body language. We had to demonstrate and teach her multiple times. It was a bit embarrassing, but in the end, the woman did it successfully," she recalled.

Chan said they had to teach some foreign patients how to collect deep throat saliva for tests.

"For those who still fail to collect their deep throat saliva after that, we will collect their combined nasal and throat swabs instead," said Jacky Chan Man-chun, a Princess Margaret Hospital consultant physician who has worked at the center since February. Chan said staff try and build trust with the patients and offer as much help as possible, so that the visitors would not feel like outsiders.

"Early during the fourth wave, we would try to place patients from the same country in the same ward, so they could have more social support and feel less lonely," she said.

But all imported cases are now under solitary isolation to prevent a potential spread of coronavirus variants.

The six two-story ward blocks at the center mainly admit imported patients who test positive during hotel quarantine or upon arrival at the airport, stabilized patients transferred from emergency wards, and patients from AsiaWorld-Expo who require extra care.

About 650 patients had been treated and 611 discharged as of May 31. Around 30 patients were transferred to emergency units at other hospitals due to a deterioration in clinical conditions or personal reasons.

As of Wednesday, only two blocks and three wards are operating, housing 23 patients.

In preparation for a potential fifth wave, more than 40 health-care workers at the center are receiving training in areas such as transferring patients with mild symptoms or without symptoms to AsiaWord-Expo and dealing with patients whose conditions have deteriorated.
#COVID-19  #Covid  #Coronavirus
Add Comment