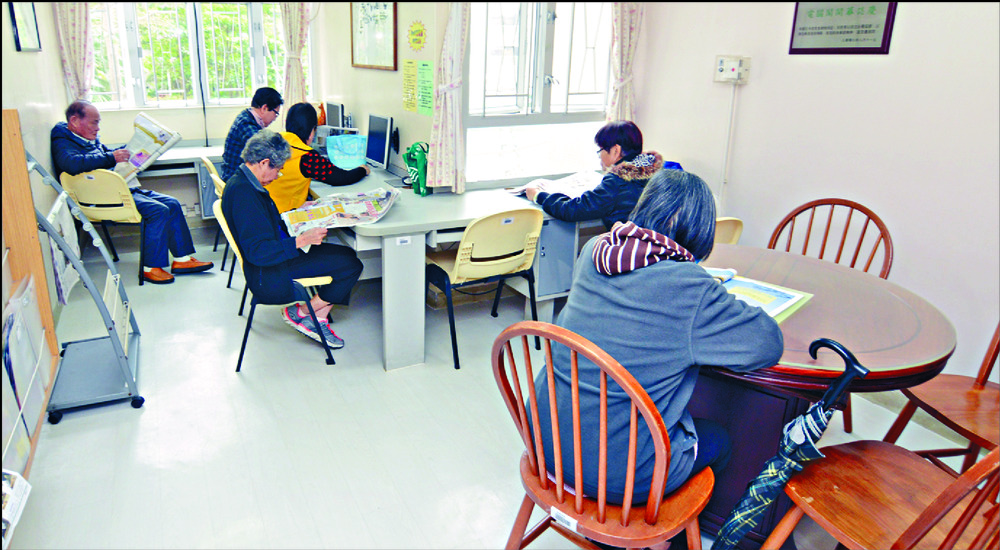 The average waiting time for subsidized places at elderly homes had been reduced to 19 months from 24 months over the past few years, Secretary for Labor and Welfare Law Chi-kwong said.
Writing in his blog yesterday, Law said the reduced waiting time was still far from ideal, adding that it has "yet to be observed" if the waiting time could be reduced further.

Law said the government had turned to short-term efforts in reducing the waiting time, including ramping up the number of quality private elderly homes in the market.

This would be followed by increasing the number of subsidized places at elderly homes via the Enhanced Bought Place Scheme established by the Social Welfare Department in 1998 to upgrade private elderly homes' service standards, he said.

Law said the government had offered a total of 584 subsidized spots from eight elderly homes over the past four fiscal years.

"Based on the estimation of the Elderly Services Program Plan launched in 2014, the surge in demand for the number of subsidized places at elderly homes from 2017 to 2021 would be 7,681," he said.

"That would be 13 times more than the supply! If there were no other ways to solve the problem, the waiting time for subsidized places at elderly homes would only continue."

He added that construction on recent elderly home projects initiated by the government would be completed as early as the 2023-24 cohort.

"Among the projects, those taking the shortest time to complete will be those converted from old campuses or from portions of lands allocated by tenderers," he said.

"These two options can drastically reduce the gap between the projects' planning and their construction."

Law said the government's long-term efforts to reduce the waiting time for subsidized spots, such as by requiring tenderers to reserve a certain portion for building elderly homes, could take up to five years to come to fruition.