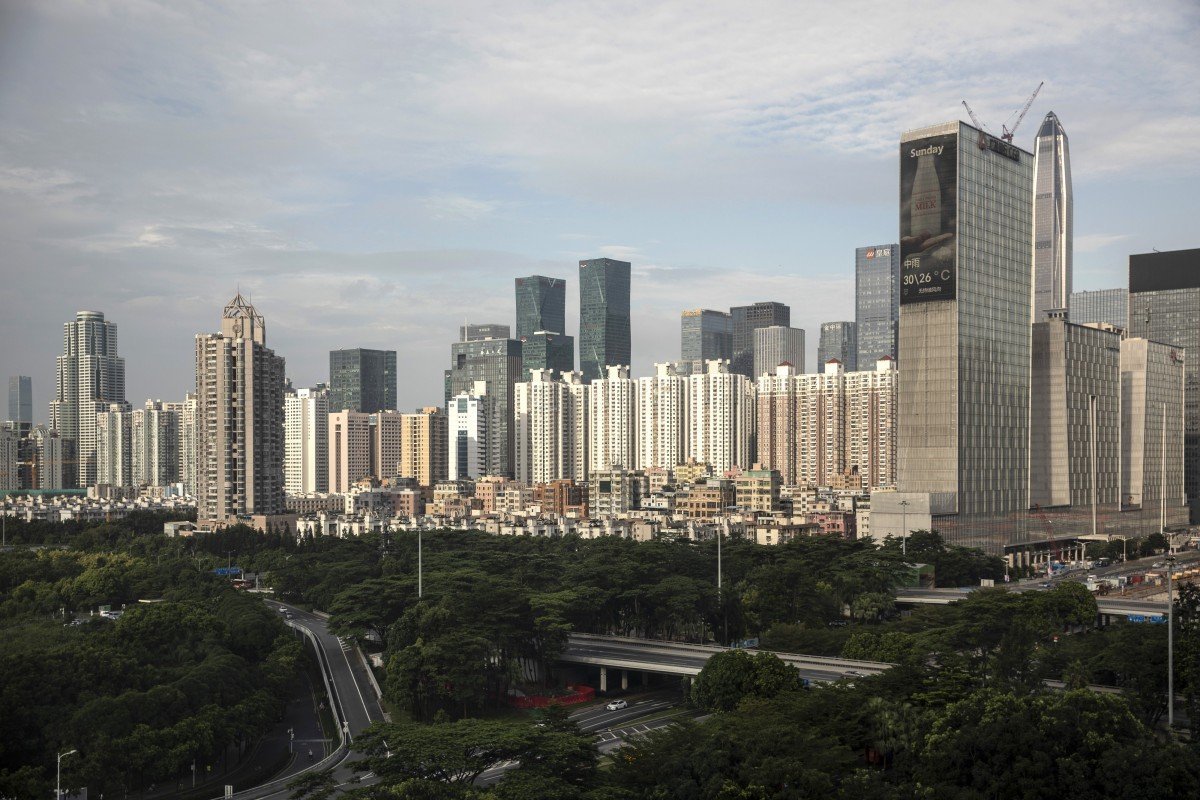 Shenzhen, the technology hub in southern China, has 30 companies among the 80 fastest-growing corporate entities in the Greater Bay Area between 2015 and 2018
The biggest sector for the most number of growth champions is in electronics and electrical components, according to the survey.

Shenzhen, home to several Chinese technology giants, is also the birthplace of most of the fastest-growing companies in the Greater Bay Area, befitting the city’s reputation as China’s Silicon Valley.

The southern Chinese metropolis had 30, or nearly 38 per cent, of the 80 fastest-growing companies in the bay area (GBA) between 2015 and 2018, according to the inaugural SCMP-Statista Growth Champions of the Greater Bay Area 2020 survey.

Hong Kong, the home base for the five fastest-growing companies including the city’s fintech unicorn WeLab, DayDayCook.com and artificial intelligence (AI) company SenseTime, is second on the ranking, home to 21 of the 80 growth champions.

The survey, the first of its kind, sheds light on where investors and entrepreneurs are placing their bets in an area that is projected to become one of biggest growth drivers of the Chinese economy. The GBA – a cluster comprising nine cities in Guangdong province with Hong Kong and Macau – has a population of 70 million people and a combined economic output estimated at US$1.5 trillion, which would place it ahead of Spain as the world’s 13th-biggest economy if it were a stand-alone entity, according to the International Monetary Fund’s data.

The survey, commissioned in May, was part of the programme by one of Asia’s oldest English-language newspapers to shed light on the future economic powerhouse in southern China.

Statista, a German online statistics portal, compiled a list of the fastest-growing companies in the GBA, ranked by revenue growth between the years 2015 and 2018 for companies with at least 1 million yuan (US$142,000) in 2015, and HK$10 million yuan for 2018.

The Chinese government unveiled a detailed blue print in February for creating a powerful economic and business hub to rival California’s Silicon Valley.

The unveiling of the blue print has already created a flurry of investments into the GBA, with Hong Kong’s banks stepping up their hiring processes to expand in the larger market. Real estate prices have risen in Zhuhai, Foshan and Zhongshan as investors – especially wily Hong Kong speculators – tried to get ahead of the market by securing footholds in the mainland Chinese cities in the area.

WeLab, a fintech company and among one of the eight licensed virtual banks in Hong Kong, tops the list of the growth champions, with the compounded annual growth rate of its revenue surpassing 400 per cent between 2015 and 2018. The company, founded in 2013, has 827 employees on staff.

Guangzhou, the provincial capital of Guangdong, is home to 14 growth champions, while Dongguan – where many Hong Kong and Taiwanese electronic manufacturers have established factories over the past three decades has five companies whose earnings have grown between 100 per cent and up to 800 per cent over three years.

Macau, which surpassed the Las Vegas Strip as the worlds casino hub a decade ago, has a single company among the growth champions in the form of slot machine and gambling console assembler Asia Pioneer Entertainment (APE). Its revenue more than doubled between 2015 and 2018. Jiangmen, a city located in the south-western edge of Guangdong and the furthest from the GBA’s centre, is the sole city that isn’t represented among the 80 fastest-growing companies.

The sectors the growth champions are engaged in also reflect the industrial structure of the southern Chinese region, with a strong leaning toward technology, the manufacturing of components and internet-related applications.

Electronics and electrical components lead the ranking, making up 13, or 16 per cent, of the 80 growth champions. Sitting among these manufacturers is Luxshare Precision Industry, the main assembler of Apple’s AirPods wireless earphones, which are on track to become the US company’s biggest product after the iconic iPhone. Luxshare, based in Dongguan, said its revenue grew 240 per cent in three years.

Machinery and manufacturing is the second-biggest subsector for growth champions, reflecting the outsize role played by the GBA as the worlds factory floor. Nine companies in this sector rank among the fastest growing champions, including automation specialist Liande in Shenzhen.

“If you make it into the league of Growth Champions of the Greater Bay Area, you have what is most important for a company: substance, sustainability and credibility,” said Friedrich Schwandt, founder and chief executive officer of Statista in May when the joint survey was launched. “This will have positive effects in many ways, from attracting talent to business partners or investors. And given that we are looking at one of the most vibrant regions in the world, it’s important to stand out.”

With its head office in Hamburg, Statista has a staff of more than 600 between Germany and offices in London, New York, Paris, and Singapore. Its global surveys included three years of ranking of Europe’s growth champions conducted with Financial Times, and a 2019 ranking of Singapore’s companies with Straits Times.
Add Comment