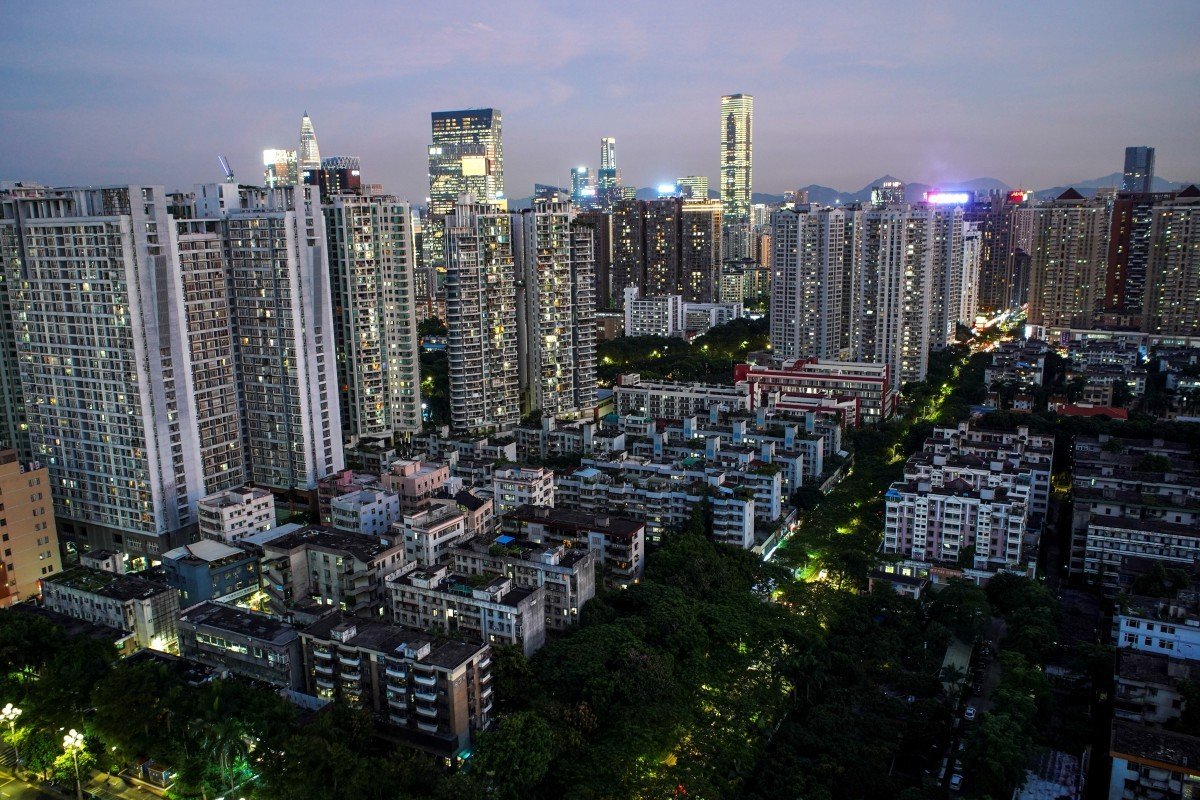 The move follows crazed scenes in Guangming district where huge crowds shrugged off concerns about Covid-19 and queued on Wednesday night to get their hands on 394 new homes. The housing authority ordered the developers of Royal Mansion to ‘better organise their sales activity’

Shenzhen’s housing watchdog has called for an end to sales gimmicks in a bid to take the heat out of a buying frenzy gripping the southern Chinese city.

The move followed crazed scenes at the launch of a new development in the city’s Guangming district as 3,000 people shrugged off concerns about Covid-19 and queued on Wednesday evening to enter a draw for the right to buy one of just 394 homes.

Police had to help disburse the crowd before the tickets for the lottery-style selection process became available at midnight.

The sales tactic of requiring potential buyers to turn up in person with their bank records and personal documents, rather than subscribing online, is something of a rarity, especially with the risk of infection from coronavirus still a reality.

Guangming Housing and Urban-Rural Development Bureau, the district-level housing authority under the jurisdiction of the city’s watchdog, asked the developers of Royal Mansion to extend the application period to five days from three, and to “better organise sales activity” on Thursday.

It also made clear that the homes will go to buyers randomly selected through the public lottery, and that getting a ticket early make no difference. This false belief that being among the first to subscribe enhanced one’s chances of being picked appears to have fuelled people’s eagerness to queue early.

The frenzy at Royal Mansion translated to eight people fighting over each unit priced between 47,000 yuan (US$6,600) and 53,000 yuan per square metre, about 20 per cent lower than lived-in homes nearby.

The home seekers were asked to hand in documents showing they had at least one million yuan in their bank accounts to get a subscription ticket. The application period is from June 11 to 13.

A public lottery for snapping up the homes has now been scheduled for June 16.

Although home hunters were given three days to submit their applications, most chose to get there sharp at midnight on June 11, the very first day.

Their eagerness was fuelled largely by the rapid gains in Shenzhen’s home prices.

The average price of old houses in Shenzhen rose 10.3 per in the year to April, the sharpest increase among major cities in mainland China, according to the latest figures from the National Bureau of Statistics.

More than 8,500 lived-in homes changed hands in the city in May, on top of 8,300 units sold in April, according to Centaline Property Agency. Those numbers compare to the 7,100 used homes sold in October last year.

“People feel that at this moment, buying a home in Shenzhen, which has kept receiving favourable policies such as being chosen as the model city for the country and being a key city in the Greater Bay Area plan, is safer than doing other business,” said Yan Yueijin, director of E-house China Research and Development Institute.

“They are betting prices will only go up here. The local government clearly has noticed the recent frenzy and is trying to ease it to be in line with the central government’s stance.”

During the recent National People’s Congress, Beijing reiterated its commitment to reining in speculation in the property market and that homes are for living in, as the country emerges from the Covid-19 pandemic.