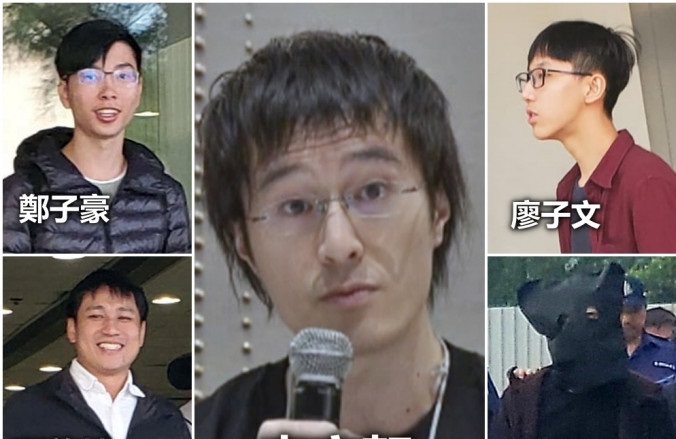 Shenzhen's Yantian District People's Court sentenced 10 Hong Kong accused to jail terms ranging from seven months to three years for organizing an illegal border crossing and illegally entering Chinese mainland waters in August, the state media reported.
The court considered the circumstances of each defendants’ crime and the consequences, as well as the recommendations of the prosecutors, the state media reported.

Among the 10, Tang Kai-yin and Quinn Moon were suspected to be the organizers of the illegal border crossing.

Tang was given a three-year jail term and fined 20,000 yuan, while Quinn was sentenced to two years and fined 15,000 yuan.
The Standard Channel
More>>

The 10 accused faced charges of illegally crossing the border, while two faced additional charges of organizing the attempt, according to an indictment in Shenzhen.

According to a statement issued by the Shenzhen court, the 10 pleaded guilty to the charges and appealed for a lenient sentence during a one-day trial on Monday.

The Communist Party's Global Times said in a report that some mainland legal experts see this as a “very simple,” criminal case.

Since it happened within the jurisdiction of the Chinese mainland, mainland jurisdiction organs are responsible for initiating prosecution and the trial itself, in accordance with the law, said Tian Feilong, a Hong Kong affairs expert at Beihang University in Beijing.

The United States and several European countries had earlier called for the 12 to be released and returned to Hong Kong, saying their trial was not fair.

Along with not being able to pick their own legal representation, their access to government-appointed lawyers was heavily restricted, the European Union said in a statement.

"The defendants' rights to a fair trial and due process - in accordance with international human rights law and as provided by China's Criminal Procedure Law - have not been respected. We call on China to guarantee procedural fairness and due process of law for these individuals,'' the EU said.
Add Comment