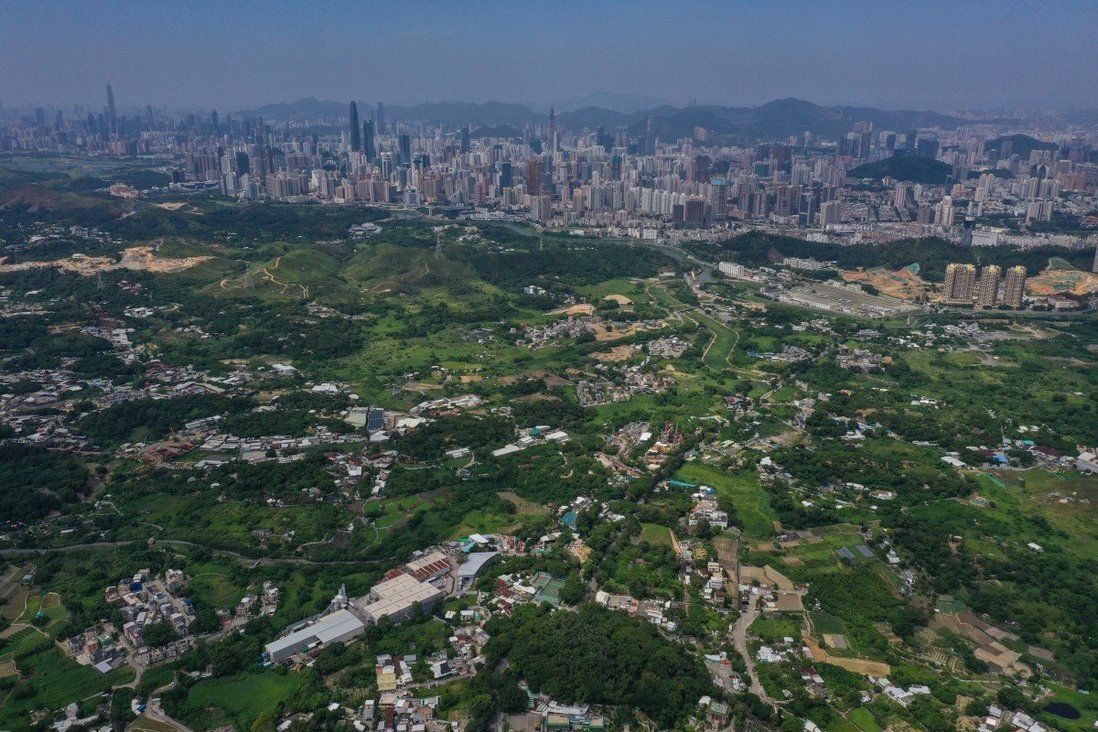 Mainland China side pulls out of the sit-down citing unexpected commitments and without rescheduling, source says.

Shenzhen officials cancelled a scheduled meeting with Hong Kong’s leader at the last minute on Thursday, depriving her of the opportunity to lay out her plans for the development of a vast metropolis near the border.

Chief Executive Carrie Lam Cheng Yuet-ngor was supposed to brief top cadres in the Guangdong city on her ambitious blueprint for creating a Northern Metropolis. But the Shenzhen side pulled out citing unexpected commitments, a source told the Post, adding a new date had not been fixed.

Coincidentally, Shenzhen mayor Qin Weizhong was in Beijing earlier on Thursday morning for a press conference staged by the National Development and Reform Commission to update on the progress of Shenzhen’s programme of reforms.

Lam on Tuesday announced she would visit Shenzhen on Thursday after attending the opening of the China Import and Export Fair and the Pearl River International Trade Forum in Guangzhou earlier in the day.

She revealed her intention to brief senior Shenzhen officials on the Northern Metropolis plan that she proposed in her policy address last week as part of her strategy to “dock with” developments in Shenzhen and the Greater Bay Area. The metropolis aims to house 2.5 million people in 20 years and create up to 68,000 new jobs related to innovation and technology.

In a press release issued on Thursday night, the Hong Kong government said: “After [Lam’s] arrival in Guangzhou, [she] noted that the meeting with the Shenzhen leaders in Shenzhen originally scheduled for [Thursday] afternoon had to be cancelled. The governments of the two places will fix another date for the meeting.”

Lam’s last face-to-face encounter with Shenzhen leaders was in early September when she visited the mainland Chinese city for the high-level Hong Kong-Shenzhen Cooperation meeting.

Earlier on Thursday, Lam attended the opening ceremony of the import and export event in Guangzhou, better known as the Canton Fair, along with some 600 officials and business leaders from mainland China and overseas. The ceremony was officiated by Premier Li Keqiang.

The fair, organised by the Ministry of Commerce and the Guangdong provincial government, is regarded as a barometer of China’s foreign trade activity. Held online and offline, the event runs in Guangzhou from Friday to Tuesday. Lam met Guangzhou party secretary Zhang Shuofu, city mayor Wen Guohui and other local government officials.

“She introduced to them the [policy address] delivered last week, in particular the chapter on Hong Kong’s integration into the national development …,” the government press statement read.

“Noting that Guangzhou and Hong Kong have respective strengths in such areas as finance and technology, and are core cities of the [Greater Bay Area], she said that the two cities can strengthen cooperation to complement each other.”

“Lam pointed out that Hong Kong’s higher institutions possess strong capabilities in basic scientific research and that seven universities have already, or are planning to, set up a presence in [the Greater Bay Area].”

Financial Secretary Paul Chan Mo-po, one of the officials joining Lam in Guangzhou, will stay behind to attend a forum on Friday.