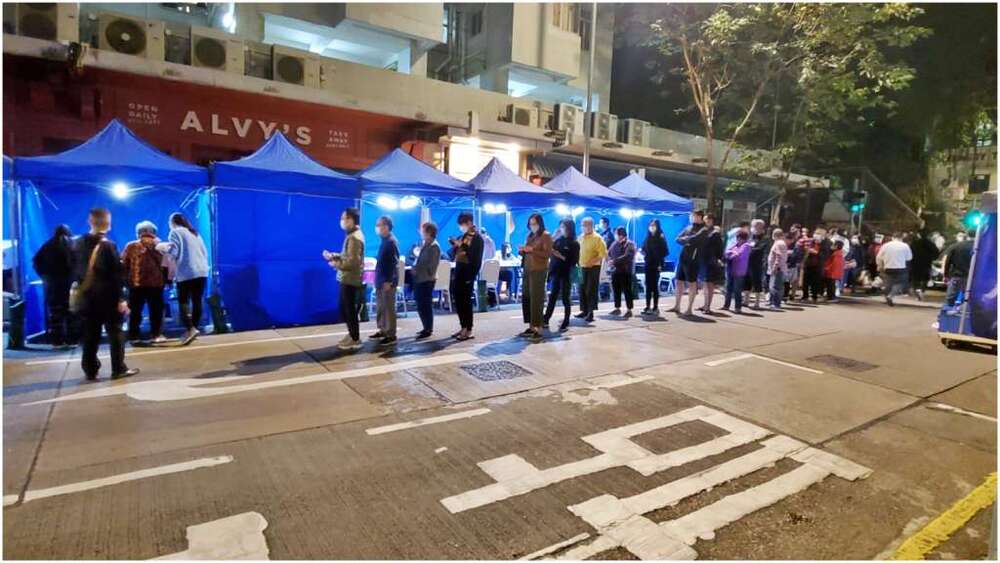 Authorities lifted the lockdowns in Shek Kip Mei and Kennedy Town Friday morning, and no one among some 1,111 residents at two residential buildings was found infected with Covid-19.
The buildings involved were Wing Chak House of Chak On Estate in Shek Kip Mei and Block A of Hoi Tao Building on Belcher's Street in Kennedy Town, in which two residents tested preliminary positive for mutant strains of Covid-19 have stayed.

Around 1,111 residents at the two places underwent compulsory testing as of 1.30am today and none tested positive for the virus.

The enforcement operation in Kennedy Town was completed at around 10.20am. Officers checked test records of about 90 persons, and around 15 of them were found not having undergone compulsory testing and a fixed penalty of HK$5,000 and compulsory testing orders were issued to them.

In a statement on Thursday, a spokesman said residents of Wing Chak House had to undergo mass testing, after a close contact of an imported case involving the Omicron coronavirus variant tested preliminary positive for Covid.

Separately, Block A of Hoi Tao Building on Belcher's Street in Kennedy Town has also been sealed off.

“As a preliminary positive case who has lived in the above-mentioned building was detected today, and the preliminary test result involved a mutant strain, the risk of infection in the relevant area is assessed to be likely higher, so the Government decided to make a 'restriction-testing declaration' for the relevant area after the test result was found to be positive”, the government said.
#Coronavirus  #COVID-19  #Covid
Add Comment