Marriott executive Stephanie Linnartz sees home rentals not as a threat - but as a natural extension of Marriott's core hotel business.

Not long ago, traveling to another city generally meant selecting a hotel to spend the night. But then Airbnb made it fashionable to stay in people's luxury villas, city-center condos, rustic cabins and any number of unique accommodations around the world.

The concept of home rentals isn't new; Vacation Rentals By Owner, or VRBO for short, has been around since 1995. But technology has advanced significantly, and Airbnb's startup spin on the idea has made it mainstream -posing a threat to traditional hotel stays. (Airbnb cut hotel profits by as much as 3.7% in 2014, according to a study from researchers at Harvard Business School and the MIT Sloan School of Management.) In response, some hotel companies have focused on making traditional stays more attractive, beefing up loyalty programs and incentives.

But Marriott decided not to try to beat Airbnb. It's joining them.

In April 2019, the company unveiled its Homes & Villas program, which now offers 5,000 rentable "premium and luxury homes" in 190 locations around the world. It was a marked departure for the company, which has been offering hotel rooms for nearly 100 years. But Marriott says the move didn't feel like a risk; instead, it says, it's more of a natural extension of its core business.

"This is part of the whole sharing economy -bikes and scooters and homes," Stephanie Linnartz, Marriott's global chief commercial officer, told CNN Business in an interview. "Home rentals and B&Bs have been around for decades, so the core idea itself isn't that new. The new part is technology platforms bringing it to consumers at scale, so it's democratized and affordable."

Still, as the world's largest hotel chain, Marriott has enjoyed success through its traditional hotel business. But the company and Linnartz are moving the brand outside of its comfort zone to evolve with the times -and they're doing it faster than most.

'An ecosystem' of varied accommodation options

Marriott had been tracking the home-rental trend for several years by the time Linnartz spearheaded a pilot program in Europe in 2018 that would become the predecessor to Homes & Villas.

The company polled its most loyal customers and found 30% had used a home rental in the prior year -frequently for specific use cases like bachelorette parties and family reunions, for which entire homes are more suitable than hotel rooms.

"Nine times out of 10 this person was renting [a home] for a whole different purpose, and they were getting that from someone else," Linnartz said. "We actually believe it is complementary and additive to our core business."

Through its pilot program, Marriott found that guests stayed an average of five or more nights in home rentals -more than triple the average 1.5-night stay in one of its hotels. That success helped allay any internal concerns that Homes & Villas might cannibalize Marriott's core hotel business. "To the extent that [internal] people had questions, the pilot got everyone comfortable that this was resonating with consumers," Linnartz said.
Homes & Villas helps Marriott create "an ecosystem" with varied options, Mark Blutstein, research analyst at hospitality market research firm Phocuswright, told CNN Business in an interview. That is, customers visiting Marriott's site who are open to different kinds of lodging don't need to leave for competitors like Airbnb or Booking.com; they can simply head over to the Homes & Villas webpage from Marriott.com.

"Our research shows consumers are just saying, 'I need a place to stay,'" Blutstein said. "They're open to both [hotels and home rentals], and Marriott is tapping into that."

Linnartz has a long history of tapping into hotel consumer sentiment. She began her career at Hilton, and her tenure at Marriott started in 1997 when she joined the company as a financial analyst. She steadily worked her way up the Marriott ladder in a wide range of positions, including SVP of sales and global chief of sales and revenue management. She's always been focused on leveraging technology and trends, she says, which she sees as key to a company thriving through the inevitable shifts in consumer behavior.

Three in 10 travelers booked a private rental in 2018, according to a survey Phocuswright conducted, asking travelers about their accommodation preferences.

Conventional wisdom might assume that millennials are the core drivers of the trend, but Phocuswright found "demographics are shifting." In previous years it had been the 25 to 34 age range that was most likely to book a home rental, but in 2018 the 18 to 24 group surged to the lead, with 44% doing so.

"Millennials are the reason Airbnb in particular took off, but there's interest across age groups for reasons from price to space and more," Blutstein said. "Home rentals can really offer some unique locations, whether it's the accommodation itself or an area where there aren't hotels because of zoning rules."

In Marriott's case, roughly 80 of Homes & Villas' 190 locations are places where the company does not operate a hotel, Linnartz said. "They're in places like Big Sky, Montana, or small towns in Italy where we don't have homes — or very exotic, maybe a little bit off-the beaten-path locations."

But there are no hippie yurts or "rustic" drafty cabins here: Marriott is setting itself apart from Airbnb by playing only in "the premium and luxury space," Linnartz noted.

Partly as a response to the Airbnb competition, many hoteliers are sweetening their loyalty programs - making it easier to score free nights or trade in points for unique experiences. The strategy is paying off: 72% of travelers were members of a hotel loyalty program in 2018, the highest level in five years, according to the Phocuswright poll.

About 90% of Homes & Villas renters are members of Marriott's Bonvoy travel program, Linnartz revealed. Among other perks, the service allows members to cash in points for experiences like "Hamilton" tickets, VIP seats at sporting events and culinary tours.

"I don't think the two are mutually exclusive; we're investing a ton into our core business," Linnartz said. "At the end of the day, the reason that we have permission to play in these other spaces all comes back to the strength of that core."

Marriott does have that room to "play" and experiment, agreed Blutstein, the Phocuswright analyst.

"They'll want to make some profit on [Homes & Villas], of course, but at the moment the service [is] more of a value-add," Blutstein said. "It will be interesting to see if they add supply over time, and what kind of supply."

Marriott is indeed fully committed to this space, Linnartz said.

"I don't think home rentals are a fad, as they've been around for decades," she said. "But they're something that will evolve and grow and change, and we're excited about that." 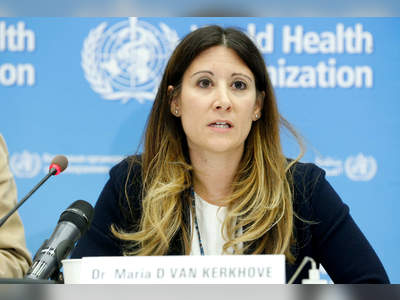