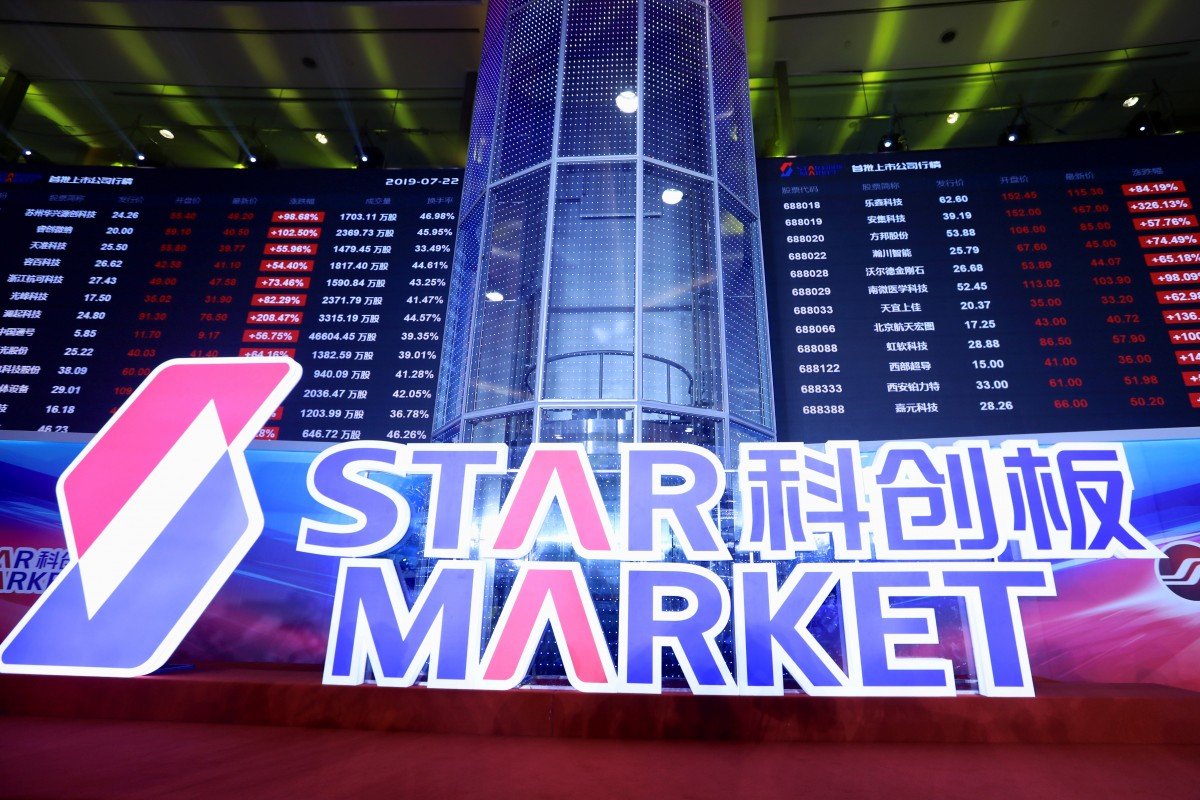 Sixteen pre-profit biotech firms have raised a combined US$4.5 billion in Hong Kong since April 2018, compared with two listings on Nasdaq that raised US$264 million in the same period. Last year, Shanghai’s regulators allowed drug developers that have yet to earn a revenue or profit to raise funds on the Star market, followed recently by a similar green light on the ChiNext market in Shenzhen
Shanghai and Shenzhen are shaping up as viable destinations for biotech researchers to raise capital, after they drafted or enacted new rules that match Hong Kong’s overture to pre-revenue pharmaceutical and health care start-ups, bankers said.

Last year, Shanghai’s financial regulators allowed drug developers that have yet to earn a revenue or profit to raise funds via initial public offerings (IPOs) on the Science and Technology Innovation Market (Star), followed recently by a similar green light on the ChiNext stock market in Shenzhen. The changes on the two bourses match Hong Kong’s April 2018 listing rule reform, which propelled the local stock exchange to become the world’s second-largest market for biotech IPOs after New York.

“Hong Kong is still positioned as the number one IPO destination for leading Chinese biotech companies, especially those seeking overseas listings, thanks to its mature and stable legal system and abundant international capital,” said Tang Jing, who helps Chinese biotech companies raise capital and pick IPO venues as vice-president of the health care and life science investment banking team at China Renaissance. “However, we saw a change in the dynamics last year, which is speeding up this year due to rapid policy moves.”

The changes afoot reflect the competition between the three stock exchanges – Hong Kong, Shanghai and Shenzhen – to claim the crown as the go-to destination for Chinese companies. Hong Kong, with US$4.99 trillion in capitalisation as of May 15, is the biggest stand-alone stock market of the three, based on Bloomberg data, surpassing Shanghai’s US$4.94 trillion and Shenzhen’s US$1.07 trillion.

A raft of regulatory differences divide the three markets, not least China’s capital control that constrain IPOs in Shanghai and Shenzhen to raising capital denominated in renminbi. On top of the currency limitation, China’s financial regulators typically require IPO applicants to show several years of profit, while the process of approving stock sales are often subject to capricious policy shifts that may leave companies in the queue for years.

For companies that want to tap global investors, Hong Kong has become the preferred destination, which explains why 16 pre-profit biotech companies have listed since April 2018, raising a combined US$4.5 billion. By comparison, two pre-profit drug developers listed on Nasdaq over the same period, raising US$264 million, according to Refinitiv.

Shanghai’s overture to pre-revenue start-ups have attracted two listing since mid-2019, with US$574 million raised. They add to 13 profitable pharmaceutical companies and research teams in diagnostics, medical devices and development services on the Star market. Together the 15 firms raised US$2.3 billion in capital.

ChiNext’s proposed rules – under market consultation – would open the door for unprofitable firms to list, provided they have at least 300 million yuan in sales in the latest financial year and attain a market value of at least 5 billion yuan when listed.

“The registration-based system to be adopted by ChiNext will provide another exit option for shareholders of biotech companies in China, beyond Hong Kong, New York and Shanghai,” Tang said.

Under Star’s rules, drug developers without profit or revenue are allowed to list, if they have at least one drug candidate with promising market potential – on which phase-two clinical trials have started – and a market value of over 4 billion yuan upon listing.

In Hong Kong, the biotech listing regime let drug and medical device developers with no revenue or profit to go public if they meet requirements including a market value of at least HK$1.5 billion upon listing and at least one drug candidate having regulators’ consent to start phase two trials.

Tang attributed the boom to a perception of the health care sector’s defensiveness, its long term growth potential in China, as well as the limited number of quality biotech firms listed in Hong Kong.

“There will always be people, having made money on their first biotech IPO, would assume they can repeat that in the second one,” he said. “Careful company analysis should be done every time, as not every company is the same.”

To be sure, IPOs are not zero-sum games, as companies with global ambitions may choose to list in multiple markets, said Christian Hogg, CEO of the novel drugs developer Hutchison China Meditech, or Chi-Med, whose shares are traded in London and New York. Chi-Med, headquartered in Hong Kong and a unit of tycoon Li Ka-shing’s CK Hutchison, operates mainly in mainland China.

“I don’t believe it is all about who’s going to win,” Hogg said, adding that at some point a Hong Kong listing may make sense to Chi-Med. “It is about building a multi-pillar equity capital market ecosystem that can feed the necessary capital into the industry to enable new drugs to be brought to China and beyond.”
Add Comment