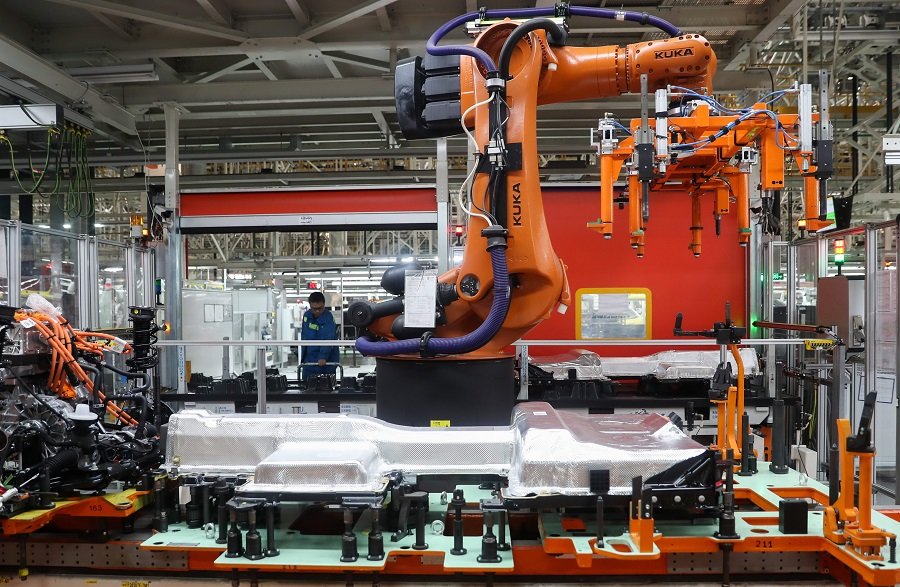 Shanghai further consolidated its role as a major hub for global industry leaders after the municipal government inked agreements for 60 new foreign-invested projects worth $7.3 billion on Friday.
Nine of these projects are investments by Fortune 500 companies. About 20 projects saw investment value of over $100 million each, covering industries like integrated circuits, artificial intelligence, biomedicine, automotive, finance, information technology, culture, entertainment and healthcare.

The world's largest publicly traded property and casualty insurance company Chubb reached an agreement on Friday to set up the insurer's China headquarters in the city.

Kevin Bogardus, general manager of Chubb Insurance Co Ltd, said that Shanghai's goal of building itself into a world innovation center has provided opportunities for Chubb to develop its life science risk control services in the city. The development of fintech in Shanghai has led to the blockchain application standard for insurers which Chubb jointly launched with Shanghai Insurance Exchange in late December, which is the first blockchain application standard introduced in the Chinese financial sector.

"Apart from its industrial competitiveness, Shanghai has seen the spillover effect of the financial sector radiating to a larger area, which points to much room for development for us. We will continue to seek more opportunities in the city, which provides top-notch business environment," said Bogardus.

On the first workday of 2020, the municipal government of Shanghai released 32 detailed policies to further facilitate investment and a revised plan to better its business environment in the hope of attracting more foreign capital.

In 2019, Shanghai attracted about 6,800 new foreign-invested projects, up 21.5 percent from a year earlier. The amount of contractual foreign capital increased 7.1 percent year-on-year to top over $50.2 billion.

Also present at the signing ceremony on Friday was Watergen, an Israel-based company that provides renewable sources of clean drinking water. According to Ivan Melnikov, the company's chief representative in China, Watergen has signed an agreement with Shanghai municipal government to set up its regional management headquarters in Shanghai this year.

But the regional headquarters is just a short-term target, said Melnikov. The company also plans to set up a production facility in the Yangtze River Delta region this year, with an investment of around 200 million yuan ($29 million). Meanwhile, a small research and development center is also expected to be set up in Shanghai this year.

"We expect to meet all these targets before the third China International Import Expo in November. It is our goal to build a complete sales and distribution network in the country by that time," he said.

Corteva Agriscience, the US agricultural chemical and seed company which was spun off from DowDuPont in June last year, has decided to set up its regional headquarters in Shanghai to look after business and investment in the Chinese mainland, Hong Kong and Macao. Life sciences, digitalized policies and technology will be the focus of the regional headquarters in Shanghai, said Alec Zheng, marketing and strategy vice-president of Corteva Greater China.

"The large number of technology startups and sufficient talent supply in Shanghai makes it the ideal place to introduce our digital agriculture know-how into China," he said.
Add Comment