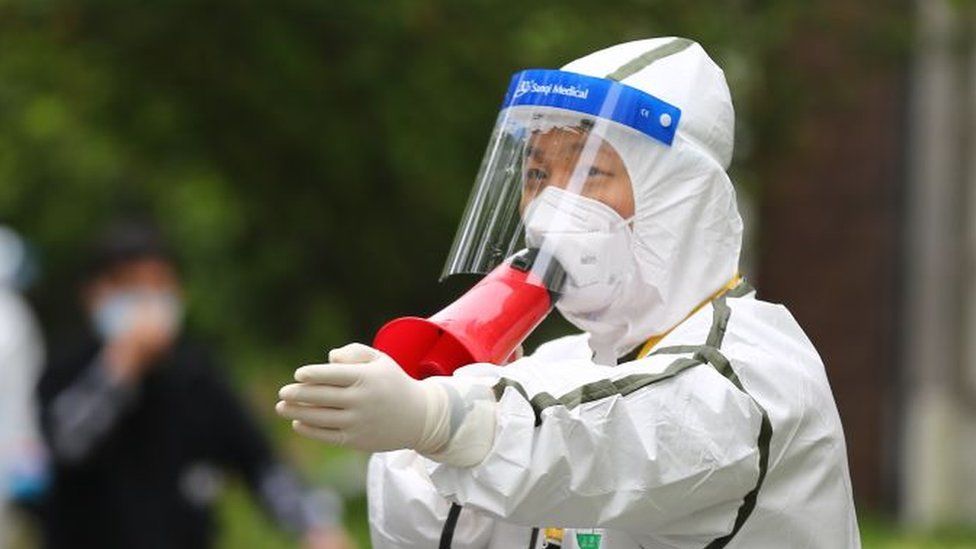 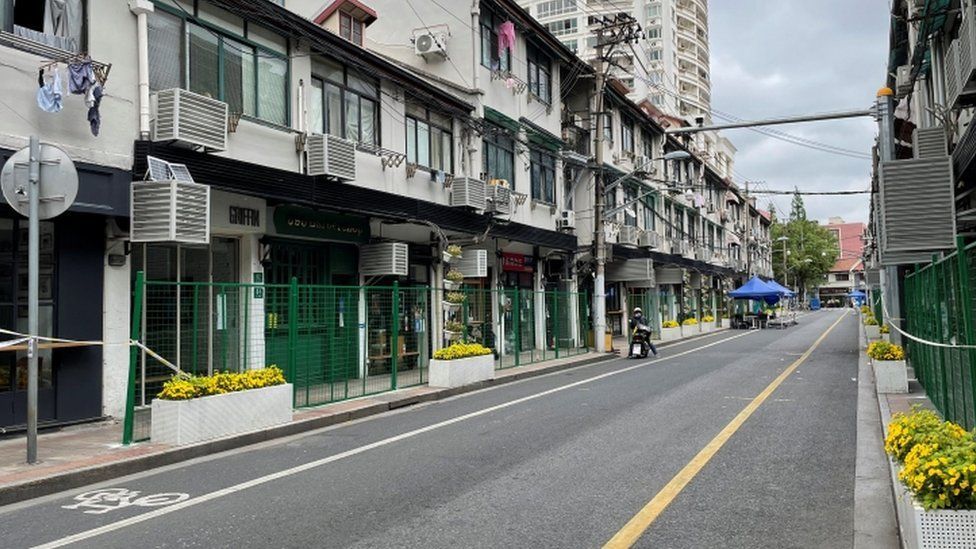 Green barriers have appeared without warning outside buildings where those inside are forbidden from leaving.

One resident told the BBC a green fence appeared inside his locked-up compound three days ago without any explanation.

For weeks Shanghai's 25 million-strong population has been shut in their homes while officials try to contain the city's worst Covid surge to date.

Images of workers in white hazmat suits sealing entrances to the city's housing blocks and closing off streets with green fencing have spread in recent days on Chinese social media.

Many of the fences, which are around two-metres tall, were installed around buildings designated as "sealed areas" where at least one person has tested positive for Covid-19.

Everyone living inside a "sealed area" is forbidden from setting foot outside their homes whether or not they have the virus.

It was not immediately clear why officials have began constructing the fences.

A notice dated 23 April from one local authority being shared online said it was imposing "hard quarantine" in some areas.

The BBC has not been able to verify these images but has spoken to a foreign national living in Shanghai who said green fencing appeared in his own residential complex three days ago.

The resident, who asked not to be identified, said that the main gate to his compound was chained up three weeks ago after he believes one of his neighbours tested positive for the virus.

But on Thursday he said workers installed a new barrier without any warning.

"There is a long corridor in our compound, and within the long corridor they put up another green fence three days ago," he described on the phone. "No one told us the reason it was installed."

"No one can get out," he said. "I feel helpless. You don't know when the lockdown is going to end."

"If your area gets fenced off, what if a fire breaks out? I don't think anyone in their right mind can seal people's homes," he said.

While some city officials have been installing fences, others have been busy trying to block a popular video highlighting the impact of the city's lockdown on its residents.

"We haven't eaten for days now," one person can be heard pleading in the video.

Public criticism of government policies is rare in China, but in the past few weeks some Shanghai residents have posted complaints on social media sites.

Some in locked-down areas of Shanghai say they have been struggling to access food supplies, and forced to wait for government drop-offs of vegetables, meat and eggs. 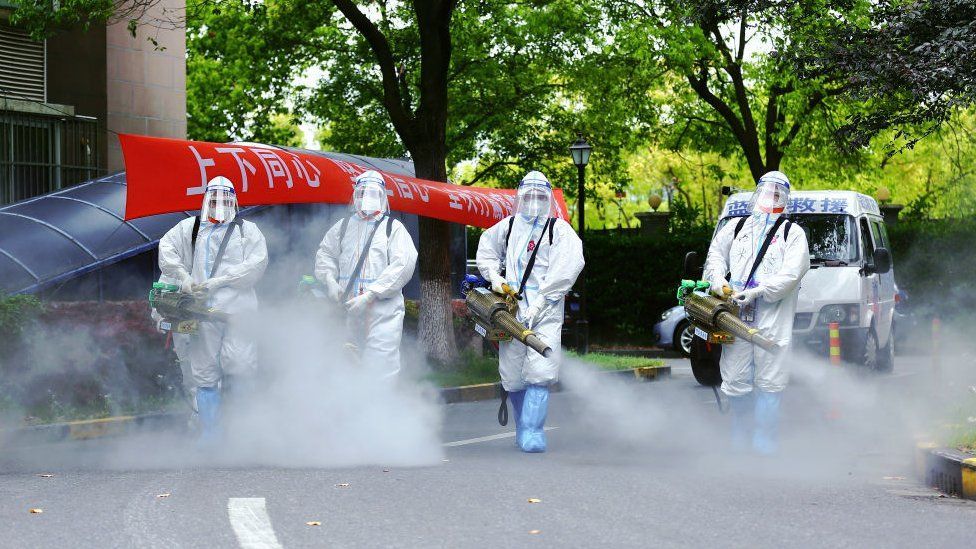 Other recently introduced measures in the city include placing electronic alarms on doors to prevent those with the virus from leaving and forcibly evacuating residents to allow their homes to be disinfected.

Shanghai officials have also ordered all infected patients and their close contacts to be transferred to government-run centralised quarantine.

The city reported 39 Covid deaths on Sunday, a record for Shanghai, in addition to more than 21,000 new infections.

In contrast to many other countries, China is pursuing a zero-Covid strategy with the aim of eradicating the virus from the country completely.

While officials managed to keep infection levels relatively low at the beginning of the pandemic, later lockdowns have struggled to contain more transmissible recent variants of the virus.