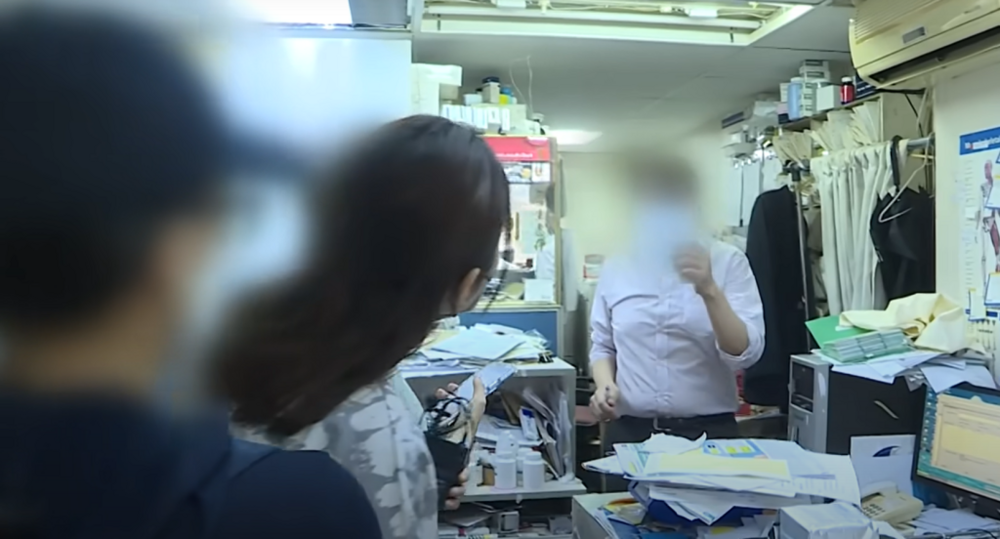 A clinic in Sham Shui Po was suspected of illegally selling Covid jab medical exemption certificates to citizens at around HK$8,000 for an exemption of 180 days.
As the public is required to comply with specific vaccination requirements when entering designated premises, a citizen Kelly reported to a TV program that a doctor at Sham Shui Po clinic was suspected to have illegally issued medical exemption certificates without detailed examination and charged high fees.

Kelly said she tested positive in early March and had called the Department of Health to report her positive rapid test result, but the call was not answered.

After her recovery, she went to a clinic in Sham Shui Po on the recommendation of a friend to obtain a recovery certificate for being exempt from the Covid jab requirements.

However, the doctor said he could not issue her the certificate as she did not report to the DH, but then recommended "another method", that is, to issue her an exemption certificate for reasons such as heart problems.

He did not do any physical examination or ask for Kelly's medical history, whereas after issuing the report, he asked her for HK$5,500.

Kelly refused to pay by saying she had no cash, but the doctor offered a discount of HK$4,600 and asked for HK$600 in cash, with the rest to be paid by bank transfer.

The program then called the clinic as customers and was told that they could issue an exemption certificate, but the customer had to come to the clinic in person.

The program then sent staff to the clinic pretending to ask for an exemption certificate, and the doctor said he could issue one for the reason of allergies without a detailed examination.

The program then sent another person, claiming that his family member did not want to get the jab and wanted a certificate. But the doctor refused, saying "there must be a reason" and "there are people using allergies (as reasons for the exemption)". He added that there was no need for a detailed examination.

Finally, when the host of the program visited the clinic with the production team for an interview, the doctor became mad and scolded the team.

The team then wrote to the Medical Council of Hong Kong, which said it would not comment on individual incidents.
#Covid
Add Comment