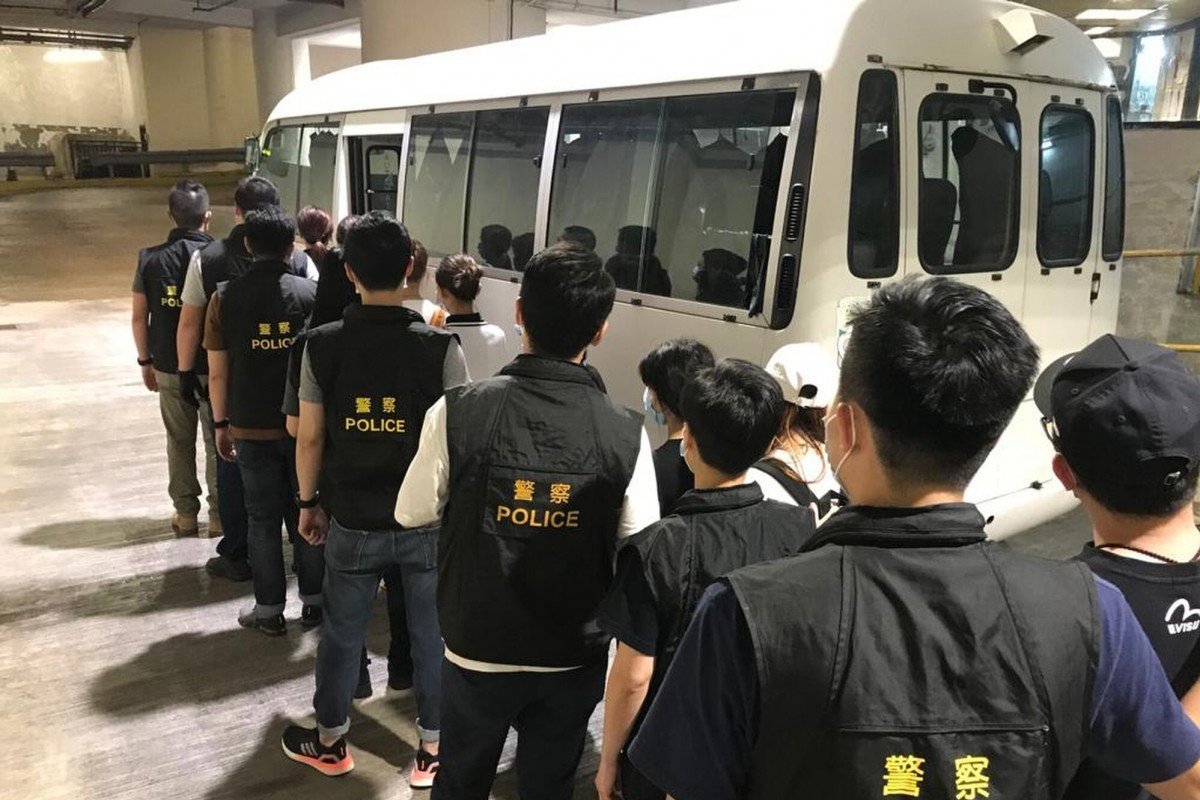 Thirty-eight suspects were arrested after police launched raids on two hotels, with ring believed to have earned HK$6 million (US$774,000) since April.

A prostitution syndicate has been smuggling women into Hong Kong despite travel restrictions in place amid the Covid-19 pandemic, plying their trade in two four-star hotels in the city, according to police sources.

The gang began its operations in April after noticing that mainland Chinese prostitutes could not come to the city through legal channels because of the closure of major border checkpoints and the 14-day quarantine measure, one source said.

“The syndicate then smuggled mainland sex workers into the city and arranged for them to work in dozens of rooms in two hotels in Tsim Sha Tsui and Yau Ma Tei,” he said. “Meals and daily necessities were delivered to their rooms so that the women did not need to leave the hotels in an effort to avoid police detection.”

To tout business, the gang left posts with contact numbers on the internet. Clients were told the women’s room numbers and charged HK$1,300 (US$168) each.

“Intelligence indicated that an average of more than 100 clients went to the hotels for sex services daily,” the source said. 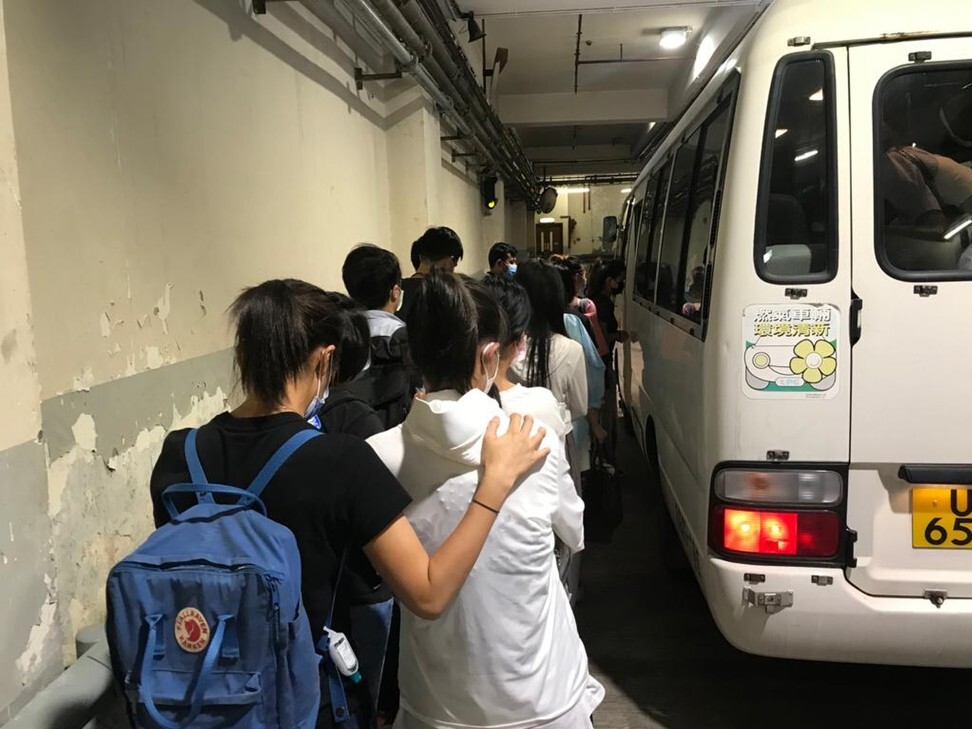 Suspects being escorted by police.

To avoid detection, a source said, clients were not entertained after midnight.

“The gang members also operated a room in each hotel as their control centre. They regularly went to the lobby and outside the hotels to look out for surveillance from police or immigration officers,” he said.

According to the source, initial investigation showed the gang generated a revenue of HK$6 million over the past few months.

After an in-depth investigation, about 100 officers were deployed to raid the hotel rooms and some 20 other locations across the city on Thursday, leading to the arrests of 38 people and seizure of HK$790,000 in cash.

Chief Inspector Ian Yan Hon-yeung of Yau Tsim police district said on Friday that six suspects – three men and three women – were core figures of the syndicate, while another five men were also members of the gang. One of the core members was found carrying HK$200,000 at the time of the arrest. 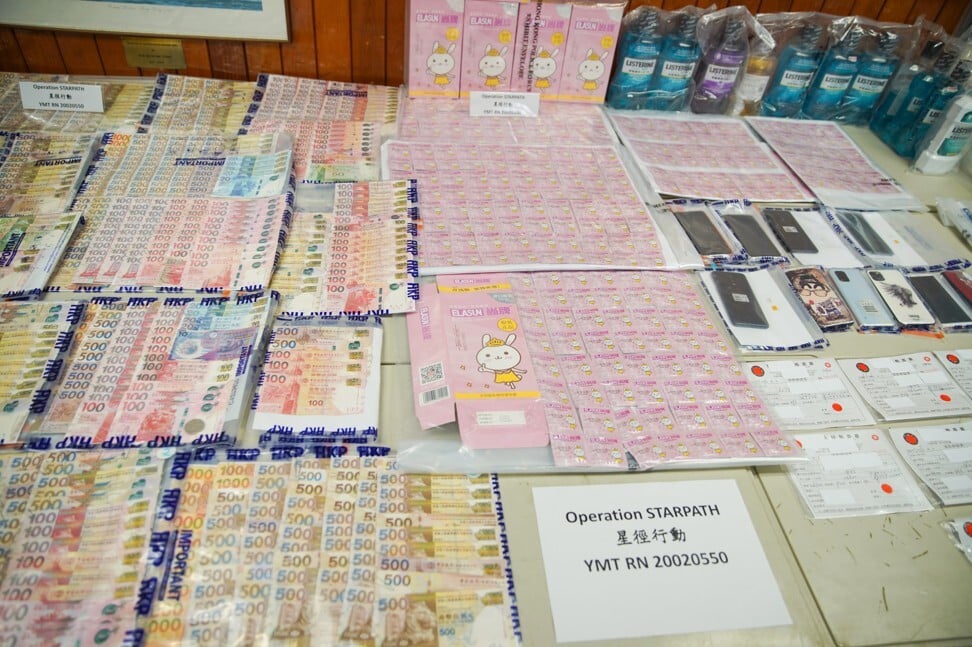 Some of the evidence on display during the police press conference.

He said the remaining 27 women were suspected mainland prostitutes who were picked up in 27 rooms between the two hotels. They were illegal immigrants from the mainland.

“The syndicate was very cautious when selecting clients. They usually served regular clients in an effort to avoid police detection,” Yan said.

He added that officers had to carry out heavy surveillance to identity members of the syndicate and deploy undercover officers to collect evidence.

Investigations are under way and further arrests are possible.

In Hong Kong, control over persons for the purpose of unlawful sexual intercourse or prostitution carries a maximum penalty of 14 years in jail under the Crimes Ordinance, according to Yan.

As of Friday evening, all the suspects were being held for questioning and none had been charged.