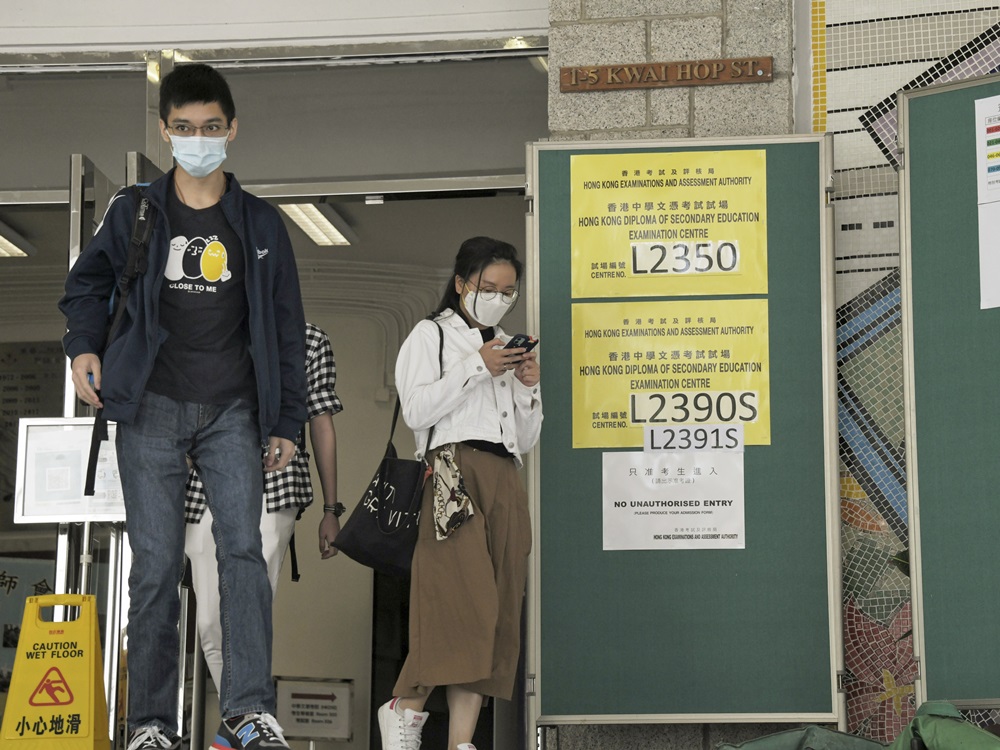 The Hong Kong Examinations and Assessment Authority said ahead of results day tomorrow that over 17,000 Hong Kong Diploma of Secondary Education students have met the minimum university entry requirement, with seven of them being this year’s top scorers.
According to the HKEAA, a total of seven students - three boys and four girls - have achieved top scores in this year’s HKDSE exams, receiving perfect scores of 5** in each of the four core subjects and three electives.

Among them, a boy and two girls were also named “super top scorers”, with eight 5** in four core subjects, three electives, and the Mathematics extended module.

A total of 17,786 students have met the minimum university entry requirement this year. They obtained at least a Level 3 in Chinese Language and English Language, and at least a Level 2 in Maths and Liberal Studies.

With about 13,000 subsidized university places this year, it means that on average, there are 1.4 students competing for each of these places.

In other words, around 5,000 students who have met the university entry requirement will still not be able to secure themselves a place at the eight government-funded universities in Hong Kong.

The HKEAA also revealed at the press conference that there were three students caught cheating during the exams, with the Authority disqualifying their results of relevant subjects.

There were also eight cases of photo-taking in the exam centre or posting photos of the bar code labels or the exam venue online, which resulted in grade and mark deductions.

The oldest candidate to take the HKDSEs this year was 69 years old, while the youngest was 11. Both had only sat in one of the exams.
Add Comment