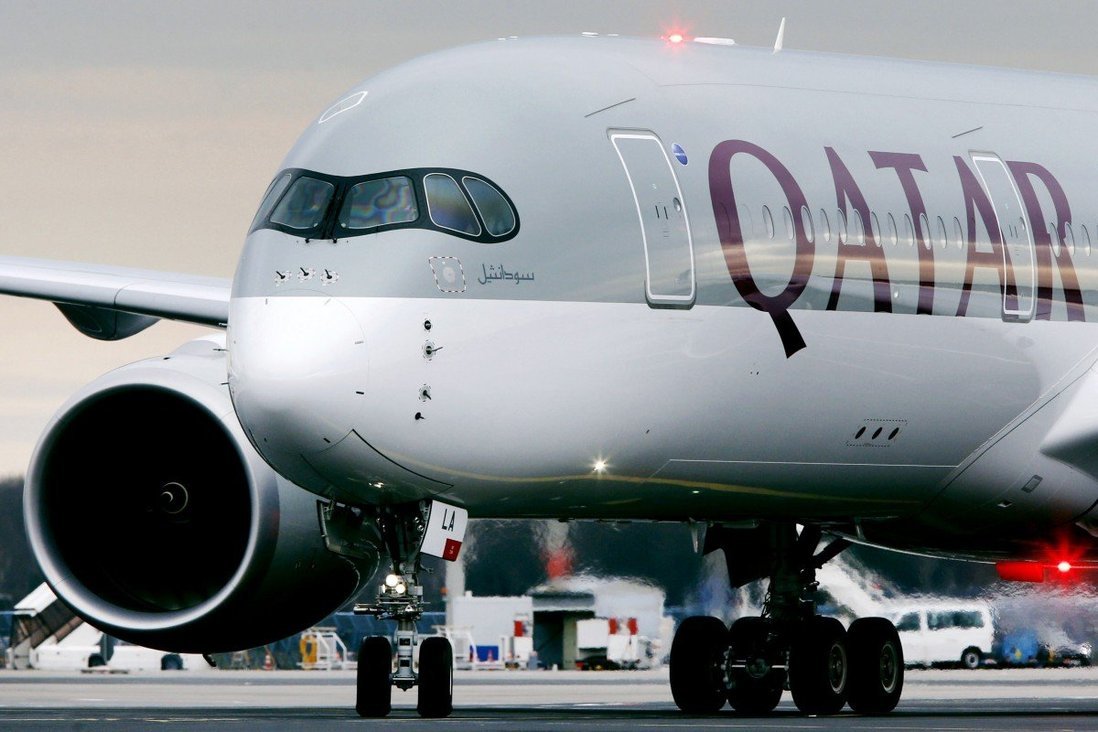 Seven passengers found with Covid-19, but no Hong Kong ban for Qatar Airways

Passengers not in the same place at the same time when test results arrived, so airline is spared penalty

Qatar Airways has escaped being penalised after seven people who arrived in Hong Kong on consecutive flights tested positive for Covid-19, raising questions about a loophole in the way airlines are assessed for punishment if they bring in sick passengers.

The Doha-based carrier appears to have got away on a technicality.

Under Hong Kong’s rules, an airline may be banned from flying to the city for two weeks if two consecutive flights from the same destination bring a combined three or more passengers who test positive for Covid-19 at the airport’s Temporary Specimen Collection Centre (TSCC).

Earlier this month, seven passengers on consecutive Qatar Airways flights were tested upon arrival and found to be infected, but the airline was not penalised. 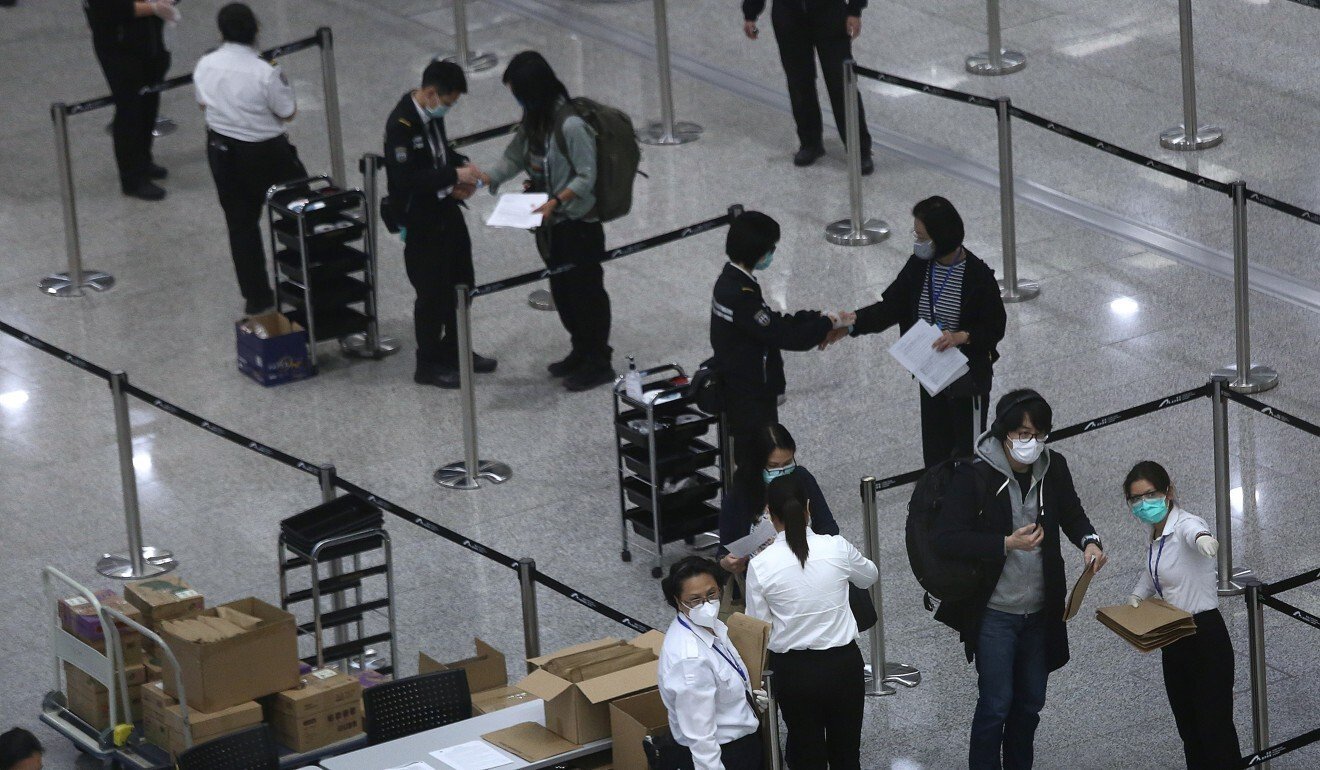 The reason? The Post understands some of the passengers’ test results did not come on the day they arrived, and by the time they learned they were positive, some were no longer at the airport, as they had been moved to spend the night at the airport’s holding hotel.

If all six results had come on the same day while the passengers were still at the airport, a ban on Qatar would have been triggered, according to Department of Health rules.

The seventh infected passenger was a toddler, whose test result took longer to be confirmed.

The Department of Health confirmed that those who tested positive for the coronavirus were sent to hospital from the airport and the holding hotel, but declined to provide more details.

It said in a statement that no Qatar Airways flight since December 4 had met “established criteria” for it to be banned from landing in Hong Kong.

All passengers arriving in the city are tested at the TSCC, and get their results in around eight hours. Those whose test results are not returned on the same day are sent to the holding centre hotel for the night. These are mainly passengers of flights that land in the afternoon or at night.

The Qatar Airways case raised the possibility of a loophole, as it revealed that the authorities treat imported infections differently, depending on whether passengers on the same flight get their results on the same day, and if they find out while they are in the same place.

Chinese University respiratory medicine expert Professor David Hui Shu-cheong, who advises the government on the pandemic, said he would support a change in the government’s criteria for assessing such situations.

“I think they should include those who turn positive at the hotel, because they are still the same bunch of passengers,” he said.

While it would be best if everyone waited at the airport for their test results, he agreed it would be unsuitable to keep them there instead of sending them to a hotel if they had to wait overnight.

Qatar Airways told the Post it worked with authorities worldwide to implement Covid-19 rules and required passengers from some countries, predominantly in South Asia and the Middle East, to produce test results before allowing them to fly.

“Safety is our priority, and Qatar Airways implements comprehensive hygiene measures on board, where 99.998 per cent of our passengers travel Covid-19-free,” it said.

There were 8,078 confirmed infections and 129 related deaths in Hong Kong as of Saturday, with about 2,500 cases since the fourth wave of infections began last month.

The city has largely been successful in controlling the spread of the coronavirus. Medical research has shown the city’s current surge in infections was sparked by a new strain of the virus imported from Nepal and India, most likely brought in by travellers who then infected family members and others during their home quarantine.

Hong Kong leader Carrie Lam Cheng Yuet-ngor pledged two weeks ago to crack down on imported cases, including through more stringent rules for airlines, as part of a raft of measures aimed at combating the city’s fourth wave.

Airlines can be banned from landing in Hong Kong for a fortnight if a single flight brings five or more passengers who test positive at the airport for Covid-19 and the results are returned on the same day.

Earlier this month, KLM and British Airways were issued bans. The authorities did not provide details other than saying airlines could be penalised for bringing in a single Covid-19 passenger and also breaching at least one of the criteria for allowing travellers to board flights to Hong Kong, such as incorrect documentation of test results.

Airlines have been slapped with penalties 16 times so far, with Air India alone accounting for five two-week bans.

He felt it was worth looking at easing the rules for flights from places with no Covid-19 cases.

“For example, we could do tests on arrival for returning residents from Taiwan, Australia and New Zealand, with no need for 14-day hotel quarantine,” he suggested.

Such a policy could remain so long as no passengers arriving from those places tested positive on arrival.

Chinese University’s Hui agreed it was worth easing the rules to reward low-risk places, while imposing tougher measures such as preflight tests for passengers from high-risk spots.