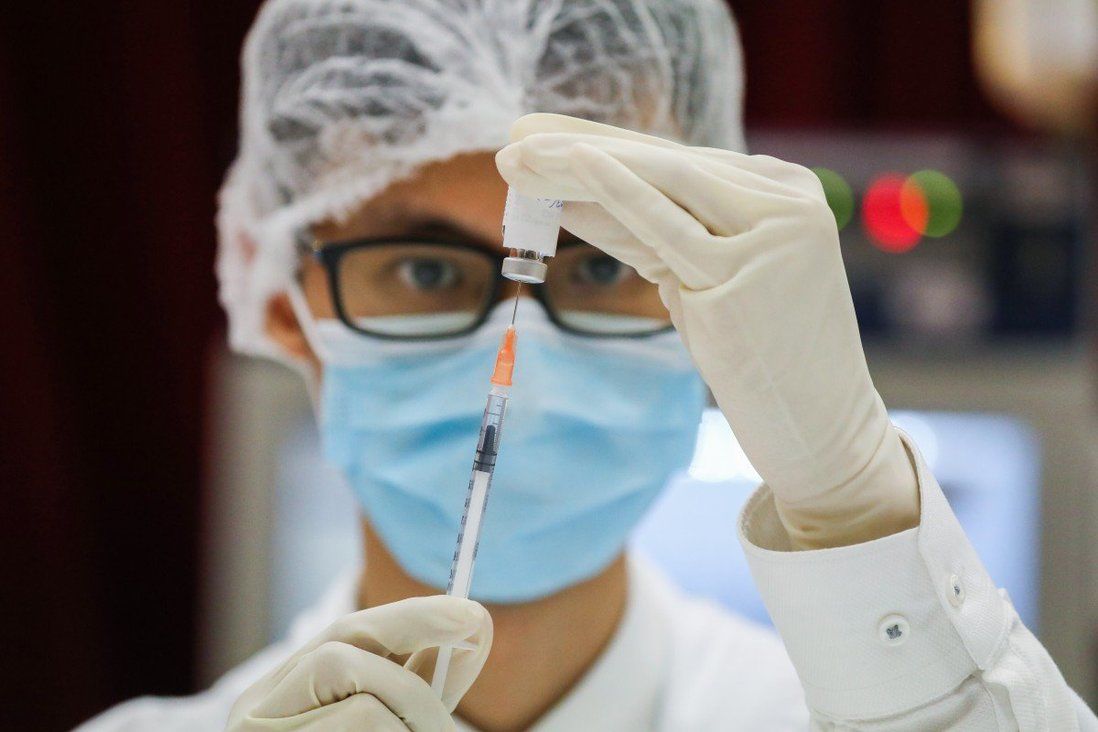 Some 18 people have sought medical attention after receiving the vaccines, according to a tally of government data.

Seven people felt ill after recently receiving their Sinovac shots, including two who had to be put in intensive care, Hong Kong health authorities revealed on Sunday, as the city recorded 16 new coronavirus cases.

This means a total of 18 people have sought medical attention after receiving the vaccines over the past week, based on a tally of government data, or 0.019 per cent of the approximately 91,800 people who had taken the mainland-produced jabs so far.

Late Sunday, the authorities said three more vaccine recipients had been sent to hospital after taking jabs the day before. All were discharged after treatment.

A 87-year-old woman suffered dizziness with palpitations after a jab at Osman Ramju Sadick Memorial Sports Centre in Kwai Chung. She was treated at Princess Margaret Hospital on Saturday night.

Earlier on Sunday, Hong Kong received the second lot of vaccines from another brand, Pfizer-BioNTech, which took the total number of jabs available in the city to 1.3 million. About 300 people were given the BioNTech shot on Saturday.

The two people, who were sent to intensive care, had underlying diseases and felt severely ill after receiving their Sinovac jabs, the Department of Health said.

The department will refer the cases to an expert committee to conduct causality assessment as soon as possible.

An 80-year-old man was in critical condition after receiving his vaccine at a centre in Tin Shui Wai last Monday. After feeling unwell, he sought medical treatment at Caritas Medical Centre in Sham Shui Po, where he was transferred to the intensive care unit on Saturday.

Another 72-year-old woman with a history of various illnesses, including diabetes, felt discomfort after receiving her shot at a centre in Tseung Kwan O.

She skipped two doses of her insulin medication after feeling weak and found her general health worsened on Sunday morning. She was later admitted to the intensive care unit at Prince of Wales Hospital in Sha Tin and was found to have developed serious diabetic problems.

A 45-year-old woman developed rashes after the suggested 30 minute observation time at the vaccination camp at Kwun Chung Sports Centre in Jordan. Another 66-year-old woman reported having palpitations after receiving the shot from the same centre. They were sent to Queen Elizabeth Hospital and their conditions were reported to be stable. 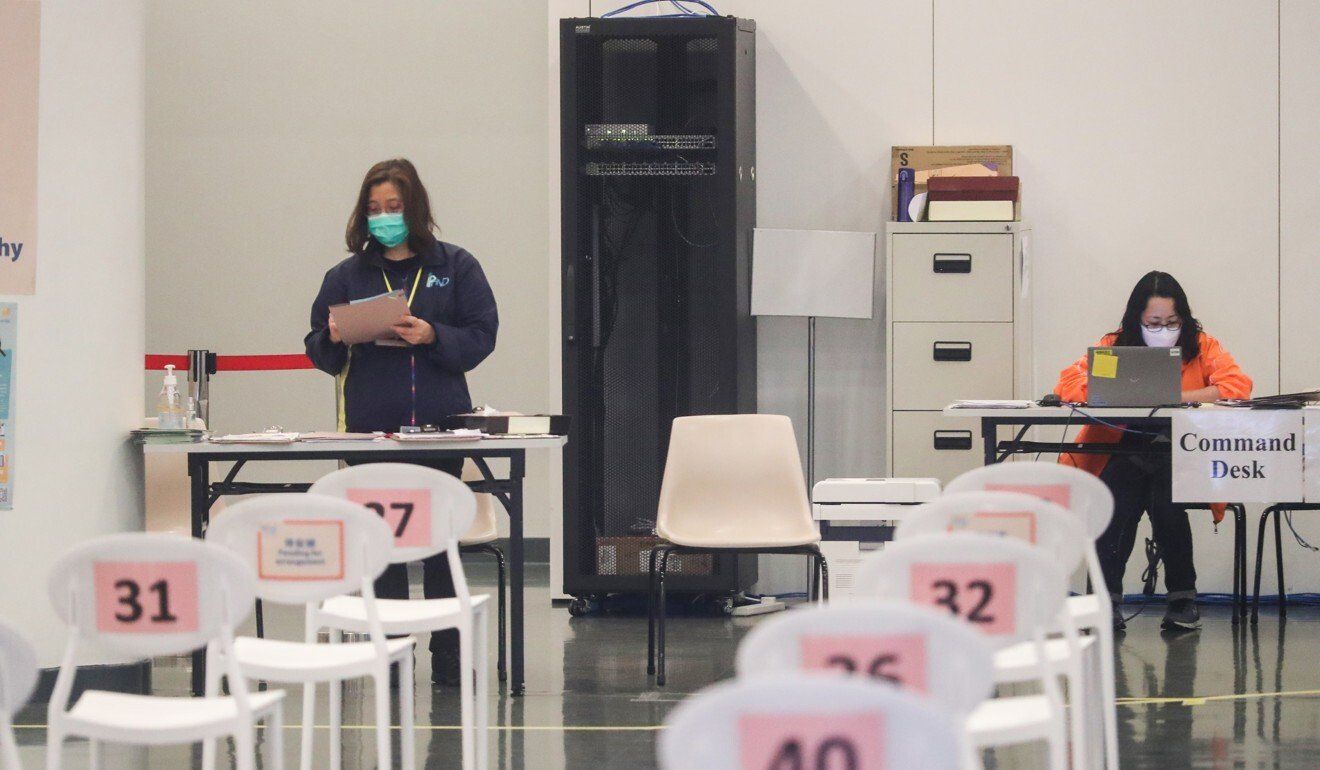 This is the same centre where two people who died after being vaccinated over the past week had received their Sinovac shots. But the cause of death of a 55-year-old woman was not yet confirmed by an expert panel, while the other death – of a 63-year-old man – was not related to vaccination.

Dr Lau Ka-hin, the Hospital Authority’s chief manager for quality and standards, confirmed the adverse reactions to the vaccine from the centre. The Post has contacted the Civil Service Bureau for comment.

Writing on his blog on Sunday, Chief Secretary Matthew Cheung Kin-chung said the government would regularly update information about the vaccines
in an open, transparent and responsible manner, and would closely monitor the inoculation programme to address the public’s concerns.

“I understand that some people may be worried because of such incidents, but we must always look at vaccine safety based on scientific evidence. We trust the opinions from experts and welcome members of the general public to express their doubts,” Cheung said, referring to the deaths of the two people after being vaccinated.

“As the global supply for vaccines remains tight, the government is committed to providing the public with vaccines that meet requirements in terms of safety, efficacy and quality,” he continued, adding that the government would also strictly adhere to procedures in approving vaccines for emergency use.

Hong Kong launched its vaccination scheme in late February with the Sinovac shots. About 83,400 city residents received their first doses of the vaccine between February 22 and March 6. The city received its first batch of 585,000 BioNTech vaccine on February 27. 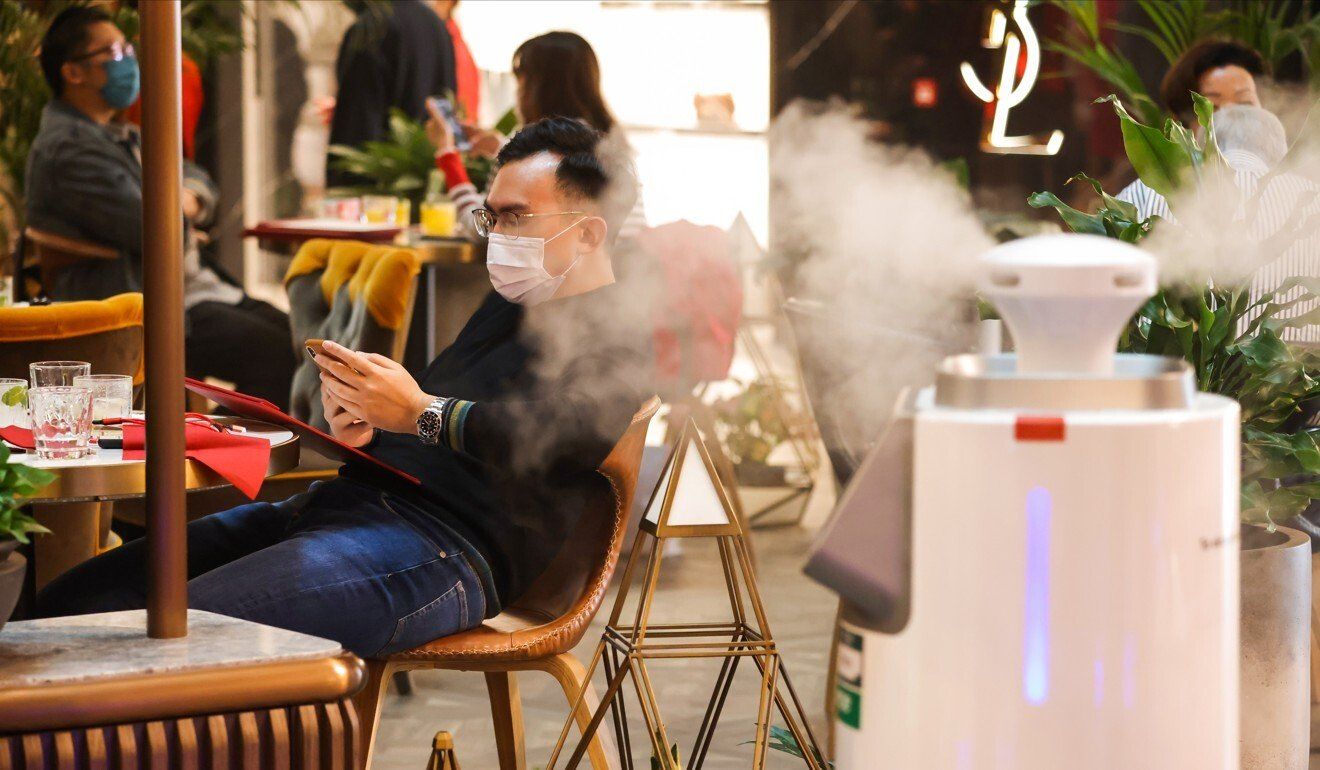 At the K11 Musea shopping centre in Tsim Sha Tsui, where 50 cases were linked to a Chinese restaurant over the past month, no fresh outbreak was reported on Sunday, according to Dr Chuang Shuk-kwan, head of communicable disease branch at the Centre for Health Protection.

But she warned that silent coronavirus carriers still posed a risk for transmission in crowded places after the mall offered promotions and attracted hundreds of shoppers.

“Any gathering, even in an open space, if [people] are too close together, even if the ventilation is very good, there is still a risk of transmission,” Chuang said.

Of the new cases, 13 were locally transmitted, including five of unknown origin. Fewer than 10 preliminary-positive cases were also logged.

The five untraceable cases occurred in a variety of sectors and resulted in dozens of people being sent to compulsory quarantine.

A construction worker at the third runway project at Hong Kong International Airport was confirmed to be infected, and as a result about 30 of the worker’s colleagues were isolated, while more than 100 people on the site will undergo compulsory testing.

Separately, health authorities announced that a Covid-19 testing vendor had sent out incorrect text messages to screen participants because of issues in the information handling process.

The vendor said there were discrepancies on the specimen bottle numbers submitted to general outpatient clinics on March 2 and 103 test samples were affected in the incident.

The mix-up led some members of the public unable to log in to the government’s Electronic Testing Record System to download the test results. But the vendor clarified that all test results concerned returned negative results and assured there were no personal data and privacy concerns.