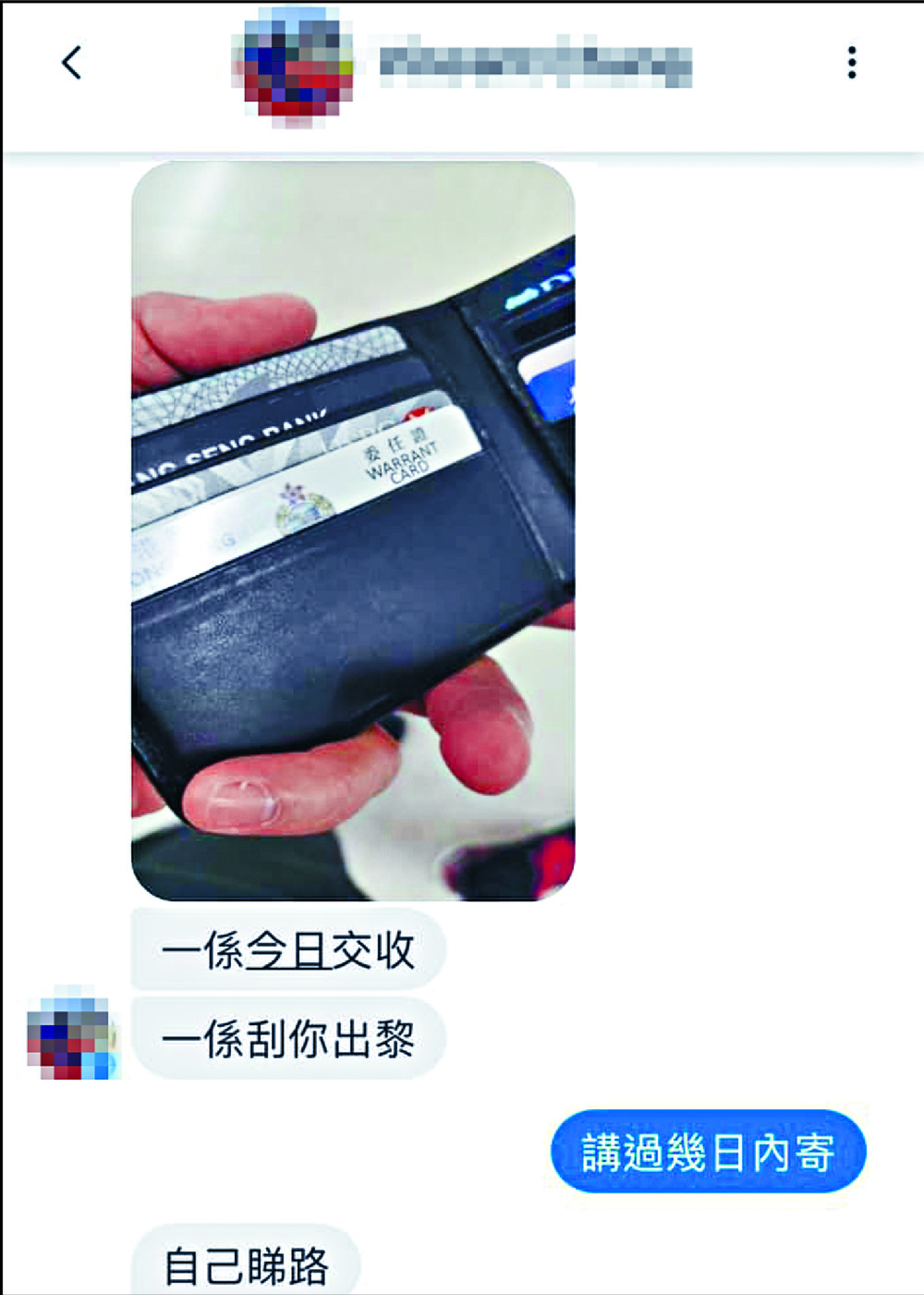 Police are looking into a case involving a sergeant who allegedly threatened a sports jersey company in an attempt to scare it into speeding up a delivery by showing his warrant card through Facebook messenger.
Eagle-eyed people online identified the sergeant through his Facebook profile picture as the officer who testified in an assault case against two constables last year by resorting to details scrawled on the hand in a move observers in the court's public gallery section deemed "cheating."

In a screenshot of an exchange between him and the company K League on its app - shared by the company on Facebook on Tuesday - the sergeant uploaded a picture of his warrant card in a wallet.

He then threateningly wrote "if you don't make the delivery by today, you will be in a scrape."

However, the company insisted that "the delivery will still take a few days."

Frustrated by the company's stance, the sergeant wrote, "you better watch out."

In another screenshot, the sergeant threatened to file a case against the company for its untimely delivery.

He followed it up with more threats and left a negative review on its Facebook page.

That same day, the firm admitted on Facebook to the delay despite the sergeant's jerseys having arrived last Friday.

"At first, we did say we would send the jerseys out on Wednesday (Dec 8) But suddenly we were busy with something else, so we told the sergeant that we would send them out within these few days instead," the company wrote.

"However, the sergeant kept hassling us and even showed his police warrant card, saying he would file a case against us if we kept delaying the delivery."

In the end, the jerseys were delivered on Tuesday, as it wanted the hassles to stop.

"I hope everyone understands that the company's owner doesn't work 24/7," the company wrote.

Police said it valued officers' conduct as well as behavior.

"If officers are found guilty of a disciplinary offense, the force will follow up on them and conduct investigations in a fair and impartial manner," police said.