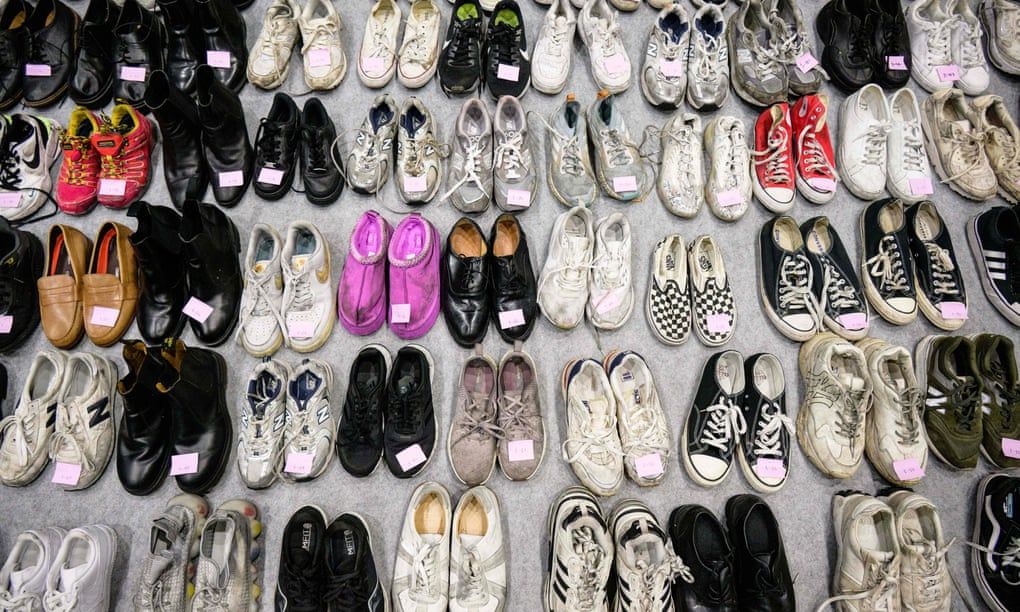 South Korea’s prime minister has called Saturday’s deadly Halloween crush in Seoul a “disastrous accident that should not have happened”, as authorities responded to growing public anger with a series of apologies.

Expressing sorrow to bereaved families as the first memorial services were held, Han Duck-soo admitted that institutional failures in managing crowds played a role in the disaster, and said the government would work with all ministries, agencies and medical institutions to ensure such problems during spontaneous events never happened again.

The country’s police chief, Yoon Hee-keun, apologised for an “inadequate” emergency response. “We’ve judged that the response to the emergency calls was inadequate,” he said, noting the large number of calls placed before the disaster unfolded.

Announcing an independent investigation, Yoon said: “We will thoroughly check the facts to see whether we took proper actions after receiving emergency reports informing us of the danger in advance.”

The crowd surge was South Korea’s deadliest disaster since the Sewol ferry sinking in 2014, which killed 304 people and exposed lax safety rules and regulatory failures. Saturday’s crush has raised public questions about what South Korea has done since then to prevent human-made disasters.

“I deeply apologise to the people to whom the recent accident occurred despite the state bearing infinite responsibility for the people’s safety,” the interior and safety minister, Lee Sang-min, told a parliamentary session on Tuesday.

Seoul’s mayor, Oh Se-hoon, also tearfully apologised during a media briefing and said the city government would put all available administrative resources “until every citizen can return to their normal lives”.

The death toll from Saturday’s crowd crush during Halloween celebrations in the nightlife district of Itaewon increased to 156 on Tuesday, amid public anger over what some have called a human-made disaster.

A Buddhist ceremony was held at a funeral hall in Suwon on Tuesday for an office worker who died. The victim’s mother and sister held hands and comforted each other while listening to chants and the sound of a wooden bell.

The previous day, students in school uniforms had come to pray for their classmate, a middle-school student who had joined the Halloween festivities with her mother and aunt. None of them survived. After paying their respects, some students sat on the floor in the hallway and sobbed.

At a makeshift altar in front of Seoul’s city hall, several citizens heckled government officials and politicians as they came to pay their respects.

Many young people came to the memorial site. Choi Ji-yoon, 22, told the Guardian that most of the victims were her age or younger, so they did not feel like strangers. “I wanted to commemorate them,” she said. The majority of those killed were young women.

Several factors are being blamed for the disaster, including a lack of preventive measures and crowd control owing to the absence of an organising body for Halloween. That night, an estimated 100,000 people descended on Itaewon in Seoul’s Yongsan district. Only 137 officers were on the scene, mostly for traffic and crime prevention. 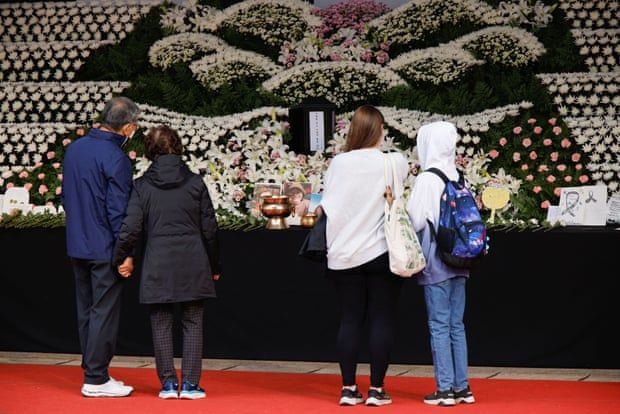 The Hankyoreh newspaper said in an editorial on Tuesday that the Itaewon disaster was “predictable”, stemming from “a lack of a safety management manual in the event of a crowd crushing accident and authorities’ complacent response”.

While South Korea has a safety manual for festivals with more than 1,000 attendees, the manual assumes an organising body is in charge of safety planning, which was not the case on Saturday.

In a Yongsan district meeting held days before the disaster, the conservative newspaper Chosun Ilbo said “virtually no safety measures were prepared”.

“The damage could have been minimised and crowds spread out had the police and local government set up safety plans to block traffic to Itaewon-ro [the main street], which connects to the alleyway where the accident occurred. It could have also taken measures to make the subway not stop [at Itaewon station].”

South Korean president Yoon Suk-yeol has instructed the government to come up with a crowd control system for spontaneous events that have no organisers. He also called on his cabinet to take “heavy responsibility”.

The interior minister expressed regret on Tuesday for previously stating that more police would not have prevented the tragedy.

Collective trauma is setting in as South Koreans come to terms with what has happened. On Tuesday, the prime minister promised that the government would provide psychological support to all citizens affected by the tragedy, regardless of whether they were in Itaewon at the time.

A high school teacher in Gyeonggi province, who did not wish to be identified, told the Guardian that she recently taught a class about various holidays such as Halloween so students could learn about cultural diversity.

On Monday morning, the students removed all Halloween decorations they had put up last Friday, even though no one had asked them to. “Everyone, both students and teachers, are extremely sad,” she said, saying that it reminded her of the 2014 ferry disaster, in which most of the dead were high school students. “I am sorry and feel guilty that our promise to create a safe country was not kept.”