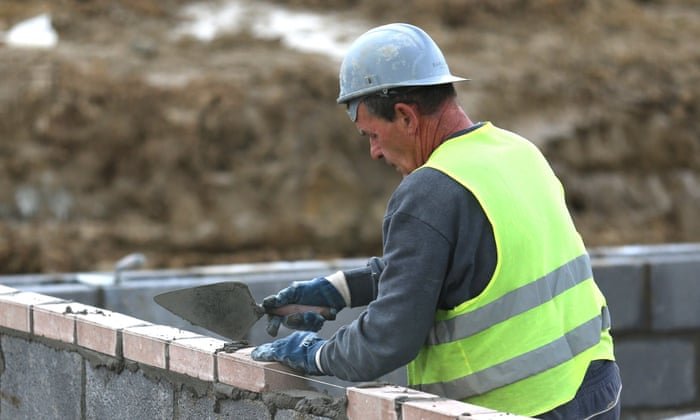 Self-employed in UK? Here are the chancellor's new measures to help

The chancellor, Rishi Sunak, said on Friday he will “strengthen the safety net for those who work for themselves” with a package of measures to support the self-employed and freelancers, offering improved benefits and tax deferrals.

But there is mounting anger among the self-employed over what they see as insufficient support in the emergency measures announced on Friday evening.

The self-employed will gain access to the equivalent of statutory sick pay, and will be given tax deferrals, but are not part of the 80% earnings pledge.

The Federation of Small Businesses said: “The question at this point is – with firms being forced to close – why have the self-employed been excluded from the commitment to pay 80% of earnings?

“It cannot be right that an employee currently earning £25,000 a year could access £20,000 per annum through the new job retention scheme, while someone who’s self-employed earning the same sum might only access around £5,000 worth of support.”

What new rights do I now have as a self-employed person?

Sick pay is the main change. The chancellor has announced that the “self-employed can now access in full universal credit at a rate equivalent to statutory sick pay for employees”.

How much ‘sick pay’ will I get as a self-employed person?

The current statutory sick pay rate for employees is £94.25 per week of statutory sick pay for up to 28 weeks. The government announced last week that the money will be payable from day one instead of day four for affected individuals.

What state benefits can I apply for as a self-employed person?

In general, when it comes to working out which benefits you are eligible for and how much you might get, the same rules usually apply whether you work for an employer or are self-employed, according to the benefits advisory group Turn2Us. Your earnings from self-employment will count as income when working out what benefits might be available to you. Turn2Us also offer a useful benefits calculator.

But self-employed people find applying for benefits a hugely complex affair. In the wake of the chancellor’s announcements, one freelance worker contacted the Guardian to say: “Have you ever tried to navigate the system to obtain any support from the public finances as a self-employed sole trader who has lost their trade? It is byzantine, with so many hoops.”

Sunak mentioned the minimum income floor. What does that mean?

The government will also suspend the minimum income floor, which is the amount the DWP uses to set your universal credit payment each month.

Because the minimum income floor has been removed temporarily, self-employed people are now treated the same as employed people within the universal credit system. Previously, if someone had been self-employed for 12 months, universal credit would apply the minimum income floor to them, which is essentially a financial assumption about the income they have coming in, regardless of whether they are actually earning it. Benefit advisers say it was a harsh rule.

The government says the the change to the minimum income floor will last “for the duration of the outbreak”.

The government website offering more guidance is at gov.uk/universal-credit and gov.uk/guidance/new-style-employment-and-support-allowance.

What is the chancellor doing to defer my ‘on account’ self-employed tax bills?

Sunak said he will be deferring the next round of self-assessment payments on account (originally scheduled for 31 July 2020), to January 2021.

“It is a relatively simple measure, which is easy to implement and will provide a direct and easily quantifiable benefit to taxpayers in a time of real stress for many,” said Robert Salter of accountants Blick Rothenberg.

Most self-employed earn below the threshold for registering for VAT, which stands at £85,000. The chancellor said he will be deferring VAT for the next quarter, saving businesses £30bn.