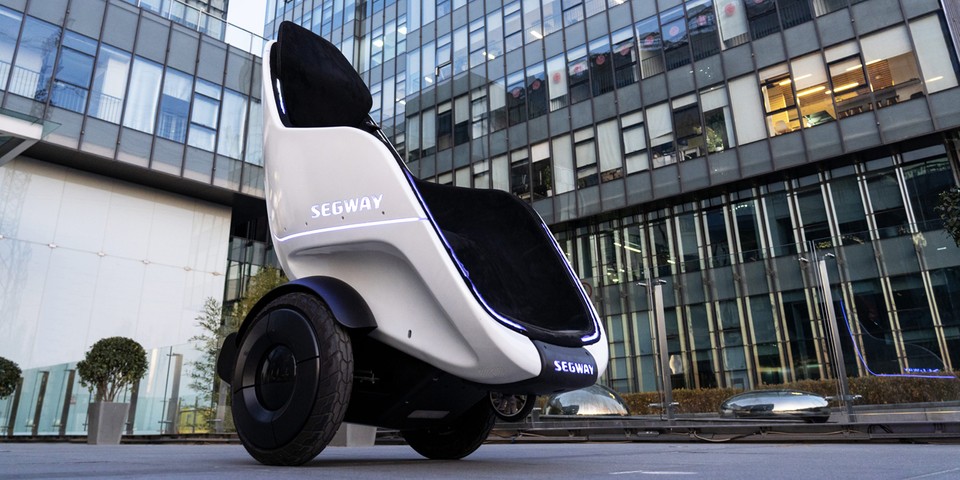 Resembling the hoverchairs seen in 'Wall-E.'

Most known for its two-wheeled, self-balancing scooters, Segway-Ninebot provides a first look at the S-Pod, which transfers the company’s signature stabilizing technology into a chair. The futuristic wheelchair was reportedly inspired by the spherical gyrospheres in Jurrasic World used for transporting people around the park and closely parallels the infamous hoverchairs in Wall-E’s dystopian future.

While the standing scooters require drivers to lean forward or backward to control the movement, the S-Pod incorporates a navigation panel to determine the path and speed of the chair. Capable of reaching 24 miles per hour, the vehicle can also climb angles up to 10 degrees and last for 43 miles. The pod is also designed to detect and stop with shifts in the center of gravity, preventing it from tipping over. With uncertainty around federal regulations, the S-Pod is intended to be used in enclosed spaces like airports, malls and theme parks for the time being.

The new Segway is an egg-shaped self-balancing wheelchair with a [checks notes] top speed of 24 miles per hour?? https://t.co/nPEXu2G8TF pic.twitter.com/gaqHfSId7B

Segway plans to announce the S-Pod at CES in Las Vegas on Tuesday, Jan. 7 and start selling to the public sometime in 2021.

The company also plans to reveal the APEX electric motorbike concept and self-driving scooter at the electronics trade show.