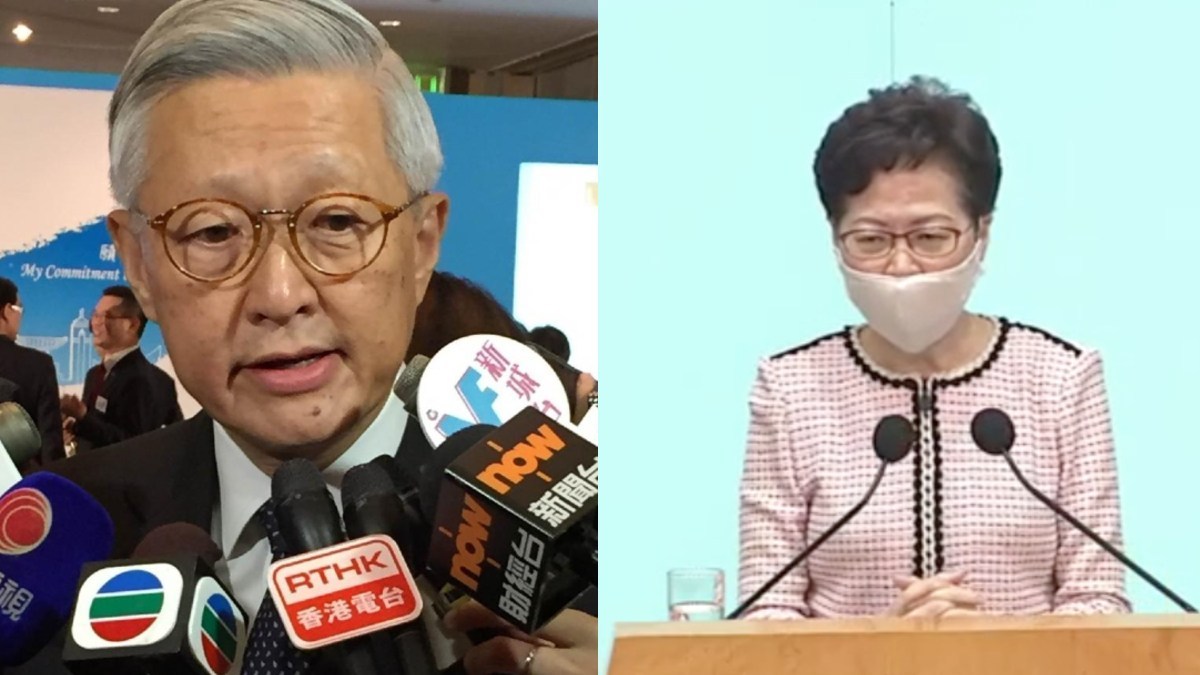 Legislation likely to be in force by July 1, the 23rd anniversary of the Special Administrative Region
The Hong Kong judiciary’s independence will be undermined by the new national security law to be imposed by China, former Chief Justice Andrew Li says.

In an article in the Ming Pao newspaper on Tuesday, Li said the selection of judges by the Chief Executive and transfer of some trials to the mainland would be “detrimental to the independence of the judiciary.”

Li spoke out after the law was discussed in a meeting of the National People’s Congress (NPC) Standing Committee last week.

“Further, the Chief Executive would not have the required knowledge of the experience and expertise of the judges to make the selection on his or her own.

He said the selection of judges for national security cases must at least be based upon the recommendation of the chief justice or other judicial officers, to make sure the choice will “be made on a professional and independence basis.”

Li also expressed “serious concern” that the central authorities might exercise jurisdiction over a tiny number of criminal cases that jeopardize national security.

“When exercised, these cases will be dealt with and tried in the mainland. The defendant would not enjoy the safeguards of our judicial process,” he said.

“Although this jurisdiction could only be exercised in the most exceptional circumstances, it would undermine the independent judicial power which our courts are authorized to exercise under the Basic Law.”

Chief Executive Carrie Lam said in media briefing on Tuesday that she would select a pool of judges to handle such cases based on the advice of the Chief Justice, before the judiciary itself selects individual judges from within this pool to handle specific cases.

However, she stressed that the power of appointment nonetheless rests with the Chief Executive under the law, adding that people who have concerns with this arrangement are “ignorant,” because the Hong Kong leader has all along been appointing local judges in accordance with the Basic Law – after seeking advice from a judicial commission.

“All sorts of cases involving the adjudication of guilt or not, a trial, judge, or the trial judge will be designated by the chief justice for special cases,” said James To, a Democratic Party lawmaker. “There is no judge appointed by the Chief Executive.”

To said having the Chief Executive designate judges she deems “trustworthy” to hear a certain kind of case would create “two systems” in the courts and deal a heavy blow to the rule of law.

“In all the laws in Hong Kong, when you have a specialized tribunal, like the competition tribunal, you always have the chief justice, or the judicial officers recruitment commission (JORC) making the recommendations as to who will be sitting on that tribunal or the list of judges will be recommended by the JORC,” said Dennis Kwok, a Civic Party lawmaker. “And then it is for the Chief Executive to accept that recommendation and to make that appointment.”

The NPC standing committee held a three-day session that ended last Saturday and discussed the national security law for Hong Kong. After the meeting, Xinhua News Agency reported on part of the content of the draft law, which said the central authorities may exercise jurisdiction over a small number of criminal cases that jeopardize national security.

On Monday, Xinhua published an article with a headline “Hong Kong communities hope the national security law to be implemented as early as possible.” The article interviewed some pro-Beijing businessmen and politicians, who said the law will be a powerful tool to help Hong Kong end the violent protests and regain growth momentum.

The standing committee will hold a special meeting in Beijing from June 28 to 30, the People’s Daily reported. Lau Siu-kai, the vice-president of the Chinese Association of Hong Kong and Macau Studies, said the chance of the law being passed by June 30 was high.

Political commentator Johnny Lau Yui-siu said Beijing wanted to pass the law as early as possible to avoid a struggle with the United States over the matter.

On Tuesday, a 30-meter-long banner was seen hanging on top of Lion Rock, calling people to rally on the streets to oppose the law on July 1, the 23rd anniversary of the Hong Kong Special Administrative Region.

On Tuesday, Civil Human Rights Front discussed with police arrangements for the march. Jimmy Sham Tsz-kit, the convener of the pro-democracy group, said marchers would keep a social distance from each other. However, he said police appeared indifferent to the suggestion, leading him to believe they would ban the march for public health reasons.

On June 16, the government said the maximum number of people allowed at public gatherings would be increased to 50 from eight from last Friday. This was slammed by the Civil Human Rights Front for maintaining the social-distancing rules, which had been misused by police to ban protests.
Add Comment