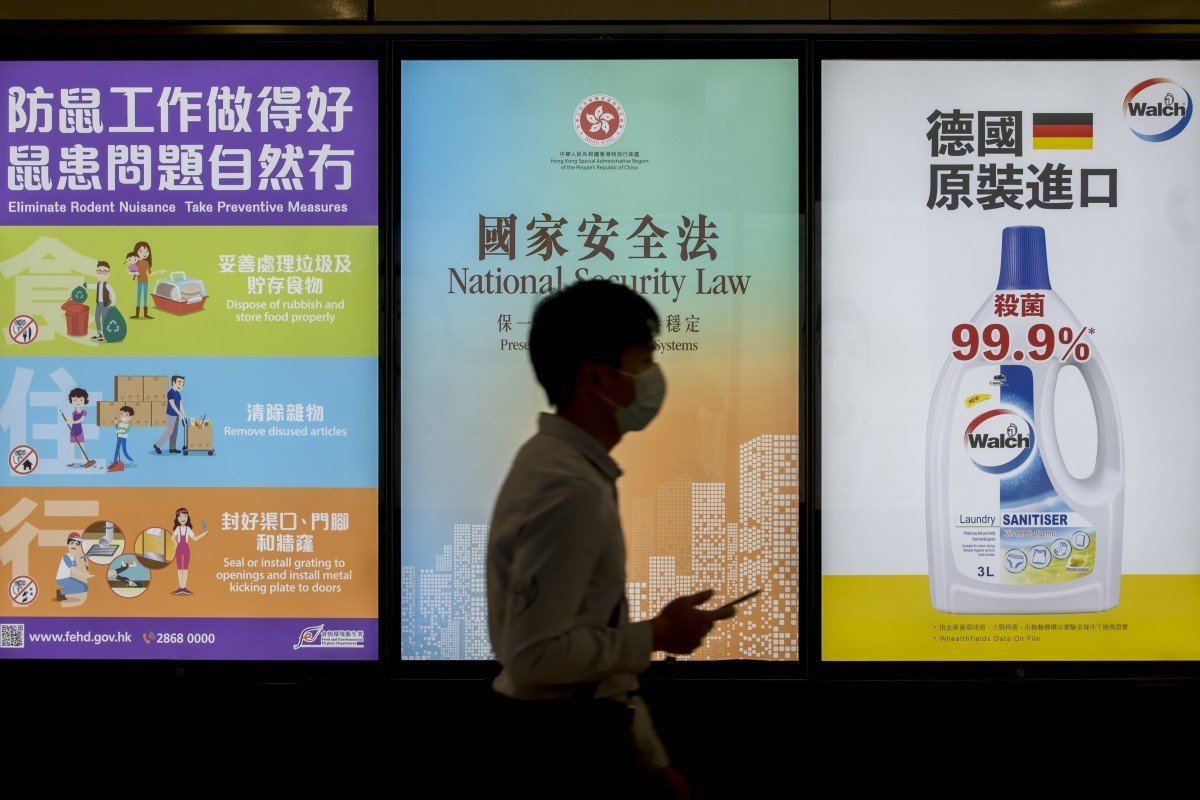 More than 80 per cent of over 300 firms surveyed express concerns over the law. About a third of the respondents say they are reviewing their local operations

Japanese companies in Hong Kong are considering downsizing or even pulling out of the city due to concerns over the national security law, a survey suggests.

About 600 Japanese firms were polled by their consulate on their views on the local operating environment, the Covid-19 pandemic, anti-government protests and the new law.

The results, revealed on Tuesday night, do not augur well for already strained ties between Tokyo and Beijing following tough exchanges over the law and maritime disputes.

More than 80 per cent of 304 respondents said they were “very concerned” or “concerned” about the law targeting acts of secession, subversion, terrorism and collusion with foreign forces. Many were also worried about the city’s overall rule of law and relations between China and the United States.

The fears come despite their view that Hong Kong continued to hold advantages due to its simple tax regime and proximity to the Chinese market, with 35 per cent seeing potential in the emerging Greater Bay Area southern economic zone.

Nearly 90 per cent of the firms said the Covid-19 pandemic deeply affected the local operating environment, which was also buffeted by other factors including trade frictions between the US and China and the mainland’s economic downturn.

In response to the security law, imposed on June 30, Washington hit out at Beijing for undermining Hong Kong’s autonomy stipulated by the “one country, two systems” principle. Japan followed last month and took an unusually tough stance by calling the passage of the law “regrettable” – the second-strongest term in Tokyo’s diplomatic vocabulary after “condemned”, which is used to criticise North Korean missile launches. Japan and China have long butted heads over competing claims of ownership to the Diaoyu Islands, which Tokyo calls the Senkakus in the East China Sea.

The heightened tensions have put Chinese President Xi Jinping’s planned visit to Tokyo into doubt. Japanese Prime Minister Shinzo Abe was due to host the president in April in what would have been the first such visit since 2008. But the trip was postponed because of the Covid-19 pandemic, and no new date has been set.

Japan is among Hong Kong’s top four trading partners, and the city plays the role of an important entrepôt for merchandise trade between Japan and the mainland. The northeast Asian nation is also a top holiday destination for Hongkongers, while about 10,000 Japanese were living in the city in 2016, the latest year for which figures are available.