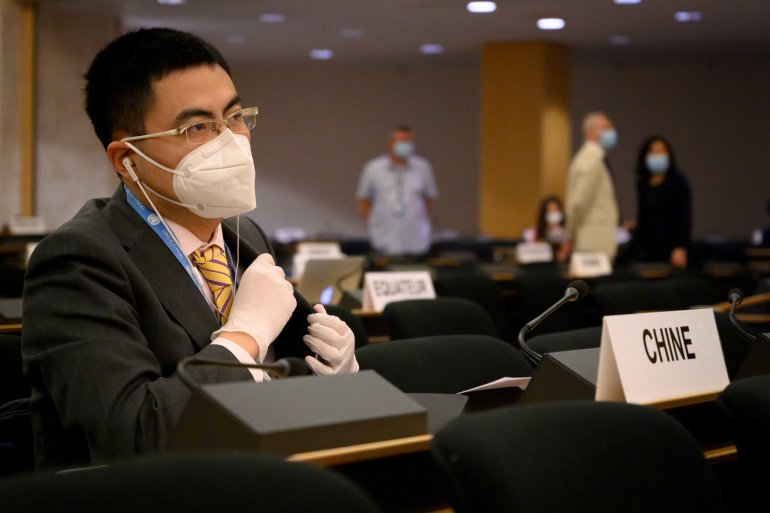 The controversial agreement allows Chinese authorities to enter Switzerland and bring back to China illegal residents.

Switzerland gave Chinese security agents free run inside its borders and the rest of Europe for five years as part of a secretive immigration agreement between the two countries, according to human rights watchdog Safeguard Defenders.

While the agreement officially expired this week, Safeguard Defenders warned that it was up for renewal in a report released on Thursday.

The deal allows Chinese officials to visit Switzerland for up to two weeks to interview and remove nationals who have been found to be residing illegally in the European country and take them back to China.

While Switzerland maintains similar agreements with immigration authorities from 52 other countries and territories, including Hong Kong and Macau, its deal with China is unique in that it grants powers to China’s Ministry of Public Security as opposed to immigration officials, according to Safeguard Defenders.

These officials are allowed access to investigate “irregular immigration” as opposed to “illegal immigration” as detailed in agreements with the countries, the organisation said.

“In China, the Ministry of Public Security is the paramount structure of power second only to the Communist Party itself, and it is through the MPS that the Party wields its authority over perceived threats,” said Michael Caster, senior adviser at Safeguard Defenders.

“The real question is why would Switzerland agree to any bilateral partnership with a state agency known for widespread and systematic human rights abuses, including torture, especially when that partnership is about the surveillance, custody, and repatriation of individuals at risk of abuse,” he said.

The deal was signed in 2015 but was not made public, so even Swiss parliamentarians on the country’s Foreign Affairs Committee were unaware of it, according to Swiss news outlet ZZ am Sonntag, which first broke the story in August.

MPs were reportedly not notified because the agreement was considered an “administrative” matter, the newspaper said.

The text of the document is also not available online. The Swiss State Secretariat for Migration (SEM) offers a link to the agreement on its government website, but clicking on the link reveals that no document has been uploaded.

The SEM acknowledged the existence of the agreement to Al Jazeera in a response to written questions, and said it was neither unlisted nor confidential. “The full text has always been transmitted upon request,” spokesman Lukas Rieder said.

Rieder said Swiss migration authorities decide, together with the cantons, which people will be presented to any visiting delegation, and then organise the mission.

The duration of the stay depends on the number of interviews, which take place at the offices of the SEM, and the visiting delegation has no influence over the amount of time they spend in Switzerland, it said.

“Chinese authorities do not receive any information on persons at risk or persecuted,” Rieder said, stressing that the only information provided was for identification purposes. “No sensitive data or information is provided which could endanger the persons concerned” or their relatives.

He added that while a continuation of the agreement was “in Switzerland’s interest” there was “no urgency” for the renewal.

ZZ am Sonntag earlier reported that while the arrangement had not been used to deport Uighurs or Tibetans, others might have fallen victim to it.

On the one known occasion that the agreement was activated in 2016, Chinese agents visited Switzerland to remove 13 people, among them four asylum seekers, the newspaper said.
Caster said the agreement could also have been used to conduct influence campaigns in Switzerland and elsewhere in Europe, as the Schengen system allows the security agents unrestricted access across much of the continent.

While Safeguard Defenders said it did not find specific evidence in this case, China had been known to perform similar operations outside its borders, including forcefully repatriating and harassing its own citizens.

Known as Operation Fox Hunt or Operation Sky Net, the campaign has intensified under Chinese President Xi Jinping, who has led an anti-corruption drive across China since he took office in 2012.

Chinese state news agency Xinhua said the operation has brought nearly 6,000 people back to China since 2014, including 1,425 members of the Communist Party.

Some of the most prominent cases include Xiao Jianhua, a Chinese-Canadian billionaire abducted from his Hong Kong hotel room in 2017, and Gui Minhai, a Chinese-Swedish bookseller who was taken from Thailand in 2015. Former Interpol chief Meng Hongwei was picked up when he made a trip back to China from France in 2018.

Security agents have also harassed Chinese citizens and dissidents living abroad. In October, the US Justice Department indicted eight Chinese nationals with charges including stalking and coercion of Chinese abroad to encourage them to return to China.

“We have clearly seen the lengths Chinese security officials have gone to abduct Chinese citizens from other sovereign nations or wage sophisticated surveillance or influence campaigns and where there is a loophole we can be certain that agents of the Chinese state will have sought ways to exploit it,” Caster said.

“As long as secret agreements, like this one with the Swiss Government, allow unfettered access to Chinese security agents, we can never rule out a greater extent of abuse.”