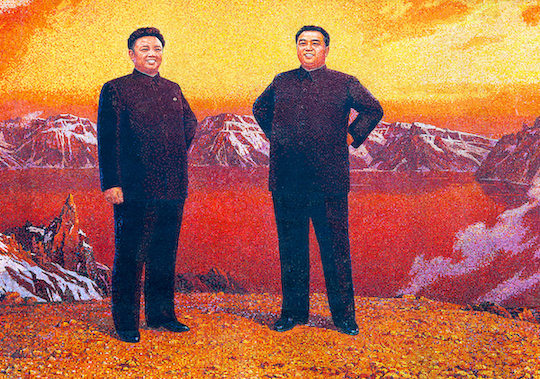 North Korea carried out an elaborate money laundering scheme for years using a string of shell companies and help from Chinese companies, moving money through prominent banks in New York, according to confidential bank documents reviewed by NBC News.
Wire transfers from North Korean-linked companies with opaque ownership sometimes came in bursts, only days or hours apart, and the amounts that were transferred were in round figures with no clear commercial reasons for the transactions, according to the documents.

Graham Barrow, a London-based anti-money laundering expert, said those kinds of transactions are “red flags” and are all hallmarks of efforts to conceal the origins of illicit cash.

A trove of confidential bank documents reviewed by NBC News offers a rare glimpse into how North Korea — and other rogue actors — move illicit cash across borders despite international sanctions to block Pyongyang’s access to the global financial system. The suspected laundering by North Korea-linked organizations amounted to more than $174.8 million over several years, with transactions cleared through U.S. banks, including JPMorgan Chase and the Bank of New York Mellon, according to the documents.

“Taken as a whole, you have what really, frankly, looks like a concerted attack by the North Koreans to access the U.S. financial system over an extended period of time through multiple different avenues in ways that were fairly sophisticated,” said Eric Lorber, a former Treasury Department official who worked on North Korean sanctions during the Trump administration.

The leaked documents are part of the FinCEN Files, a collaborative project with the International Consortium of Investigative Journalists, BuzzFeed News, NBC News and more than 400 other journalists around the world. The project examined a cache of secret suspicious activity reports filed by banks with the Treasury Department’s Financial Crimes Enforcement Network, known as FinCEN, as well as other investigative documents. The leaked documents were obtained by BuzzFeed.

As NBC News and other media organizations prepared to publish stories based on the leaked documents, FinCEN announced plans Wednesday for a major overhaul of the nation’s anti-money laundering rules.

Suspicious activity reports, or SARs, are filed by banks and other financial institutions to alert law enforcement to potentially illegal transactions, but they do not necessarily represent evidence of legal wrongdoing. The reports are highly confidential and closely guarded by both banks and U.S. authorities.

FinCEN condemned the leak of the documents, declined to comment on the content of the suspicious activity reports and said it had referred the matter to the Justice Department and the Treasury’s inspector general.

“As FinCEN has stated previously, the unauthorized disclosure of SARs is a crime that can impact the national security of the United States, compromise law enforcement investigations, and threaten the safety and security of the institutions and individuals who file such reports,” the department said.

The documents cover a period mainly from 2008 to 2017, during which both the Obama and Trump administrations steadily tightened sanctions against North Korea to try to prevent the regime from building up its nuclear weapons and ballistic missile arsenal. The sanctions in part are meant to block the regime’s attempts to buy or sell material for its weapons programs and to secure hard currency. But the records convey a cat-and-mouse game in which North Korea — often with the help of Chinese companies — found ways to slip under the radar, experts said.

“The documents you have in front of you, I think, help explain why the North Koreans have been so successful at sanction evasion,” said Hugh Griffiths, who served as head of a U.N. Panel of Experts until last year tracking sanctions-busting by Pyongyang. “What you have is gold dust, because so few journalists, or investigators generally, get access to banking internal compliance documentation.”

The leaked records underscore the enormous difficulties the U.S. and other countries face trying to block North Korea and other money launderers from penetrating the world’s financial markets, Griffiths said.

In one case, the bank documents convey in unprecedented detail how the chief of a company in Dandong, a Chinese city on the North Korea border, apparently laundered money even as she made no secret of her business dealings with the North.

U.S. authorities in 2016 and 2019 indicted the woman, Ma Xiaohong, her company, Dandong Hongxiang Industrial Development Corp., and other executives in the company on charges of money laundering and helping North Korea evade international sanctions.

No one has been extradited, and charges remain pending. Federal prosecutors declined to comment.

One of the internal bank documents appears to have been written because of the federal investigation.

Before the indictments, Ma and Dandong Hongxiang routed money to North Korea through China, Singapore, Cambodia, the U.S. and elsewhere, using an array of shell companies to move tens of millions of dollars through U.S. banks in New York, according to the suspicious activity report filed by the Bank of New York Mellon.

According to the document, the bank reported in 2015 that it handled suspicious transfers of $85.6 million, and the document details $20.1 million of those transactions. The bank wrote that it was prompted to comb through its records because of a “government inquiry.”
Add Comment