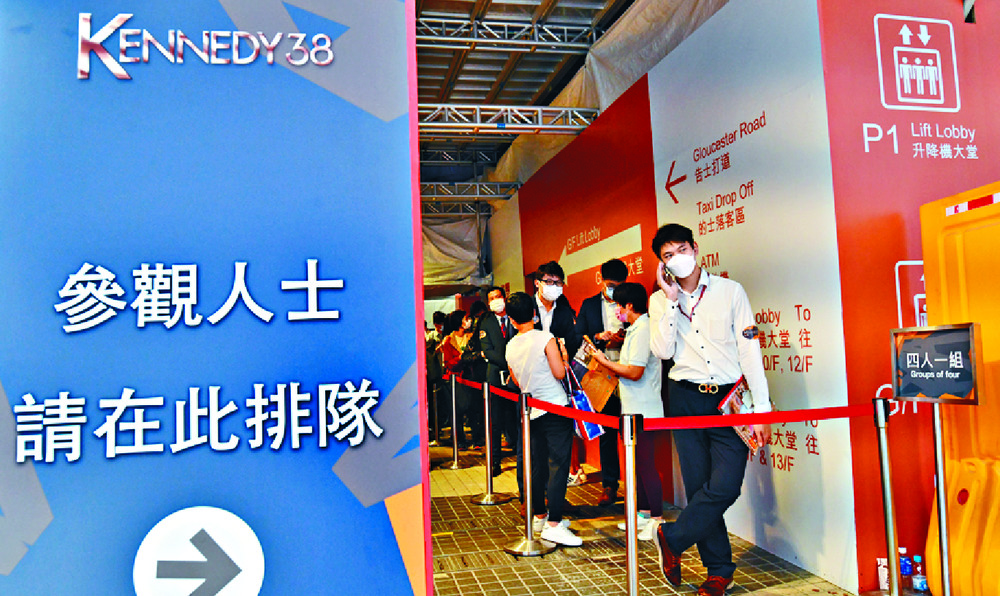 Hong Kong's blue-chip estates saw 16 secondary transactions over the weekend, rising by 33.3 percent to a 13-week high.
City One Shatin recorded six deals, the best among the 10 estates, followed by Mei Foo Sun Chuen in Lai Chi Kok, which saw five over the same period.

Louis Chan Wing-kit, the Asia-Pacific vice-chairman of the residential division at Centaline Property Agency, said that sales of popular new projects in Kowloon and New Territories have come to the end of a phase, with only a few flats available during the weekend, switching the focus to the secondary market.

Those who failed to buy flats in the primary market are now turning to second-hand properties, sending transactions soaring, said Chan, who added that small-to-medium-sized flats priced below HK$10 million were in demand by buyers.

In the primary market, developers sold nearly 80 percent of the flats at Kennedy 38 with 101 of 130 units snapped up in the first round of sales on Saturday.

The developers have now launched 40 more one-room flats in the fourth price list with an average price of HK$28,988 per square feet, two of which are special flats. The cheapest flat will cost HK$7.87 million after discounts and the second round of sales will kick off on Wednesday.

Meanwhile, SHKP's other residential project in Yuen Long is expected to launch sales early next month.

The registration amount fell 11.10 percent to around HK$2.32 billion. There were three deals worth more than HK$100 million, including the Hing Tin Commercial Centre at HK$220 million and a group of shops in Cambridge Court at No 84 Waterloo for HK$149 million.
Add Comment