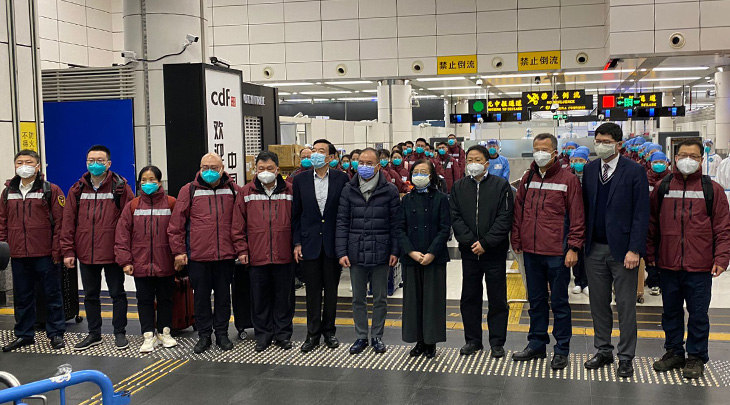 The second team of mainland health experts and workers have arrived in Hong Kong via the Shanzhen Bay Port on Saturday afternoon to help the SAR government achieve its zero-Covid goal.
The teams is comprised of 114 members, including four administrators, four health experts and 106 sampling workers, citing a Chinese media report.

They were welcomed by Secretary for Constitutional and Mainland Affairs Erick Tsang Kwok-wai, Secretary for Food and Health Sophia Chan Siu-chee, and deputy director of the Liaison Office of the Central People's Government Yin Zonghua.

According to the report, the four health experts came to exchange views with local clinical experts on treatments for patients that are in critical condition with severe symptoms.

They came from Guangdong General Hospital and The First Affiliated Hospital of Guangzhou Medical University.