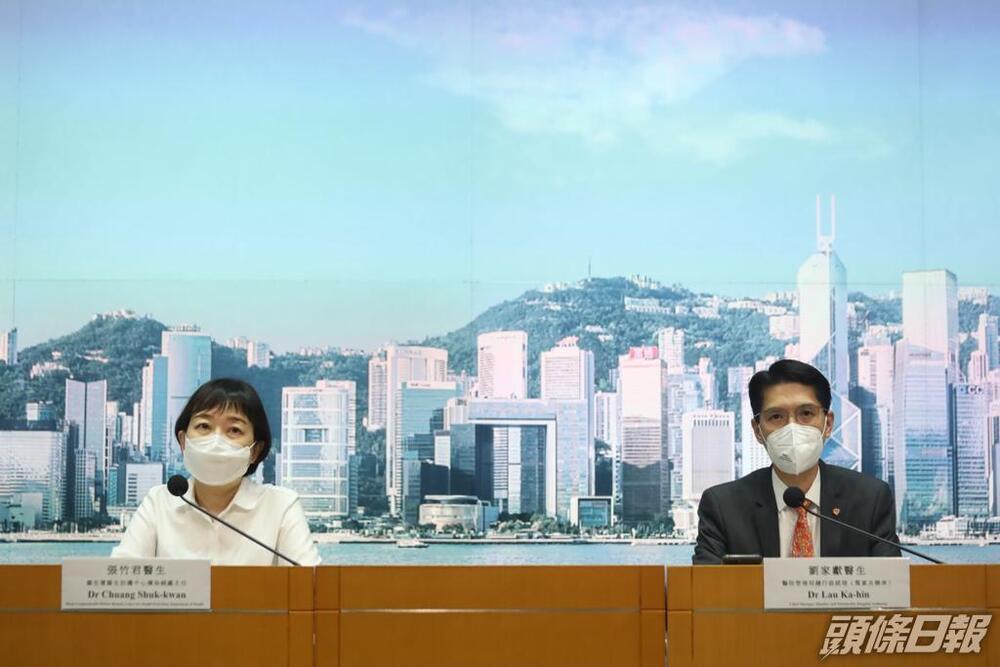 Hong Kong detected the second case involving the new Omicron sub-variant BA.5 and added 413 new Covid-19 cases on Thursday.
Among the new cases, 206 were confirmed through PCR tests, including 24 imported cases. Seven of them arrived in Hong Kong on Wednesday, and the others arrived earlier.

The Centre for Health Protection's Chuang Shuk-kwan reported the official caseload of the fifth wave now stands at 1,190,850.

Chuang continued that the second BA.5 case was a 40-year-old man who arrived in Hong Kong on April 23 from South Africa. He had received two doses of BioNTech vaccine and was tested positive upon arrival at the airport without symptoms.

He did not stay at a quarantined hotel but was admitted directly to one for isolation use.

As for schools, ten new cases were reported today, of whom seven tested positive via rapid tests and three via nucleic acid tests, involving nine students and one staff member.

Chuang said the number of confirmed cases today was not much different from that of yesterday, and further observation is needed.

As to whether the government would consider allowing the elderly to quarantine at home, she said people with special needs could be arranged to stay at hotels with their non-companion caregivers, and the authorities will pay attention to whether the overall arrangement needs to be strengthened.

Lau said the deaths were logged by public hospitals yesterday, involving four men and one woman aged between 60 and 95. Among them, three were residents of elderly homes, four had no vaccination record, and only one was aged below 65.

He added that some beds in public hospitals have been gradually receiving non-Covid patients to provide appropriate treatment to those in need.
#BioNTech  #COVID-19  #vaccine  #Covid
Add Comment