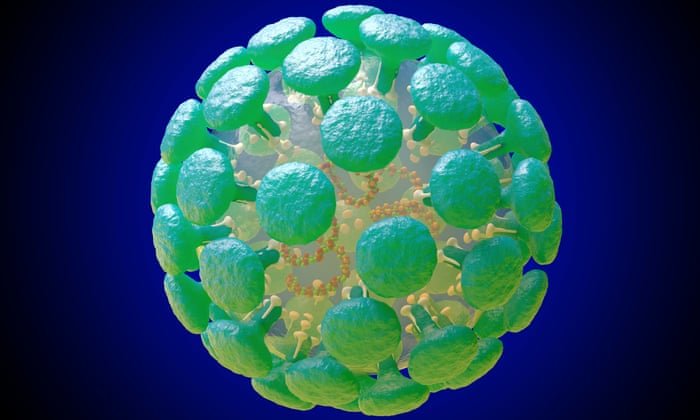 Scientists race to find out how Wuhan victims became ill

If this outbreak is still caused mainly by animals, it can be controlled. But all-out human transmission could spell disaster
Scientists are urgently seeking data to resolve one critically important aspect of the coronavirus outbreak that has killed at least 54 people and infected well over 1,000 since emerging in Wuhan, China.

Researchers say they desperately need to find out whether most cases have been caused by repeated spillover of the virus from animals into humans, or whether most cases are now being triggered by secondary human-to-human transmission.

“That would be the big epidemiological goal for everyone at the moment,” Trevor Bedford, an evolutionary geneticist at Fred Hutchinson Cancer Research Center in Seattle, Washington, told the journal Nature.

If most cases detected so far were caused by direct infections from animals, then there is a prospect the new epidemic could peter out fairly quickly. But if new cases are now being triggered by human-to-human transmission, the chances that a major global epidemic is now under way will be raised dramatically. Chinese president Xi Jinping has already warned that the spread of the deadly new virus is “accelerating”.

Coronaviruses are a large family of viruses, some of which cause the common cold. Others have evolved into more severe illnesses, such as Sars and Mers, although so far the new virus does not appear to be nearly as deadly or contagious.

Analyses by scientists such as Bedford have so far revealed that genetic sequences of the various strains of 2019-nCoV – the previously unknown coronavirus that is causing the current outbreak – that have been isolated in patients are remarkably similar to each other. This lack of genetic diversity suggests the common ancestor of these different strains only emerged recently, possibly in November or December. However, research does not yet say whether the recent rapid expansion of the virus took place in humans or in an animal reservoir. “We need to gain a better understanding what’s going on in China,” said Prof Jonathan Ball, of Nottingham University. “In particular, how the virus is being spread, whether individuals with mild or no symptoms can transmit the virus, and, of course, where the virus came from in the first place.”

Yesterday, England’s chief medical officer, Professor Chris Whitty, also warned that there was a “fair chance” cases will emerge in Britain as the overall number reported around the world climbed to almost 1,400.

In a study published in the Lancet yesterday, researchers revealed details of analyses of the first 41 patients admitted to hospitals with confirmed cases of the infection. Two-thirds had been to a large seafood market that also sold wild animals for meat and is thought to be the place the virus jumped from an animal source to people.

The median age of the patients was 49. All had pneumonia, most had fever and a cough. Some had fatigue; rarer symptoms included headache and diarrhoea. Most had been healthy until they contracted the virus.

In another Lancet paper, scientists revealed the results of a study of five family members who had recently travelled to Wuhan and had contracted the virus.

Alarmingly, one child with the virus did not show any symptoms. Until then, health authorities had said that people with the virus all showed symptoms of fevers and coughs. However, an asymptomatic infection changes that picture dramatically. “Because asymptomatic infection appears possible, controlling the epidemic will also rely on isolating patients, tracing and quarantining contacts as early as possible, educating the public on both food and personal hygiene, and ensuring healthcare workers comply with infection control,” said research leader Dr Kwok-Yung Yuen of Hong Kong-Shenzhen Hospital.
#Coronavirus
Add Comment