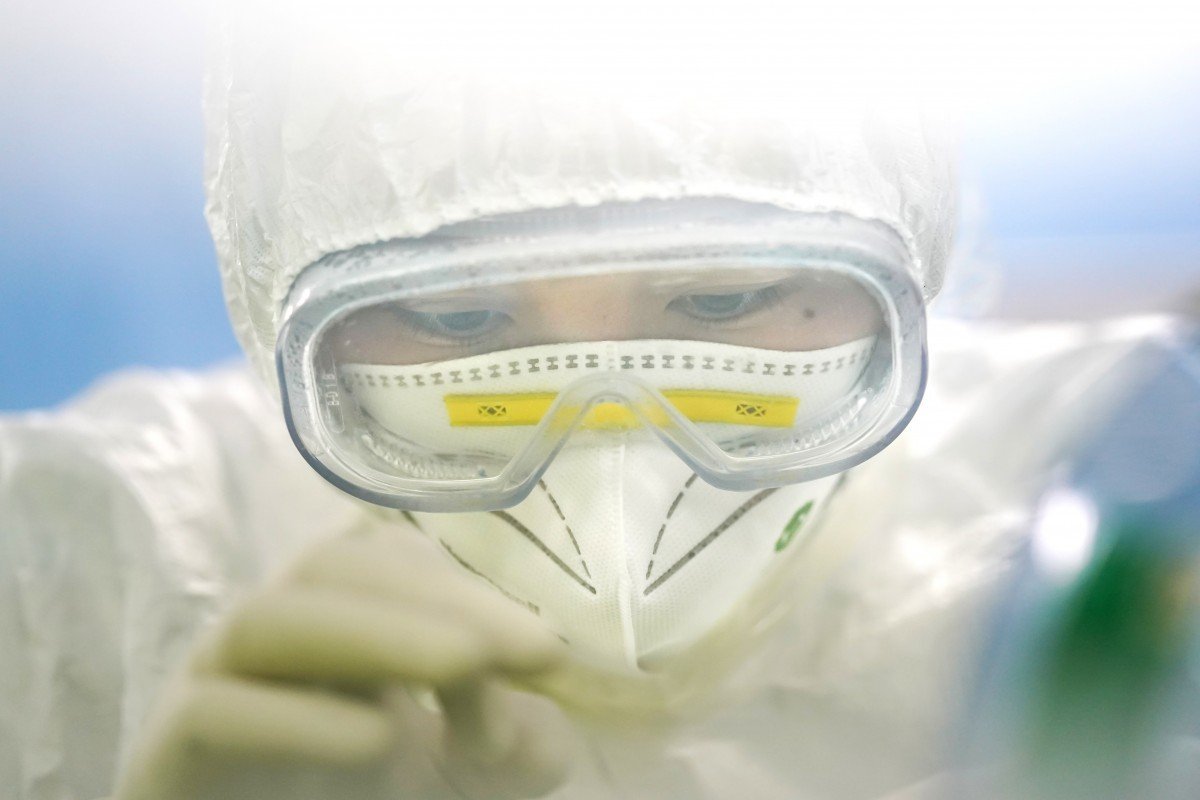 A team of researchers has hit back at rumours that the coronavirus that emerged in the central Chinese city of Wuhan late last year was engineered.

In a paper posted on the scientific online forum Virological on Monday, the scientists – who include top epidemiologist W. Ian Lipkin from Columbia University; Edward Holmes from the University of Sydney; and Kristian Andersen of Scripps Research – said there were crucial genetic clues indicating that the coronavirus, also known as SARS-CoV-2, was not created in a laboratory.

Despite scientists’ repeated efforts at debunking, conspiracy theories about the still-unknown origins of the virus have been rife.

Most are based on the idea that the virus emerged from the Wuhan Institute of Virology, where researchers have built one of the world’s biggest databases of bat-related viruses and were the first to identify the new coronavirus as directly related to a wild strain found in bats.

The speculation also prompted the institute’s lead researcher, Shi Zhengli, to say in a post on the social media platform WeChat: “I swear with my life, [the virus] has nothing to do with the lab.”

But that has not stopped the rumours, including in the United States, where Senator Tom Cotton, Republican of Arkansas, suggested in a Fox News television broadcast on Sunday that the virus could have come from a “biosafety level-4 super laboratory” in China.

The senator later clarified on Twitter he did not say the new coronavirus was an “engineered bioweapon”, but that there were several hypotheses about its origins that needed to be further explored.

The research published on Monday – which has not been peer reviewed – is the latest in a string of analyses and commentaries from scientists pointing to evidence that the virus was the product of natural evolution.

The study relies on genome sequence data from this virus and known coronavirus strains to identify key indicators in the evolution of the virus’ structure.

The researchers found that one of those indicators – which affects the way the virus’ “spike” binds to human cells – would have mutated differently if it had been based on a computational model and not natural evolution. If the bindings had been engineered, they would have been optimised to grab onto human cells in a different way.

“The SARS-CoV-2 spike appears to be the result of selection on human or human-like ACE2 permitting another optimal binding solution to arise. This is strong evidence that SARS-CoV-2 is not the product of genetic engineering,” the researchers wrote.

They also pointed to the unique features on the virus’ “spike protein”, which had not been seen before in “related lineage B betacoronaviruses”, as further evidence that this was not a laboratory creation.

University of Queensland professor Roy Hall, who researches viral protein structures and was not involved in the study, agreed with the researchers’ evidence on these features and their overall conclusions.

“If this was a genetically engineered virus, they [researchers] would be taking a virus that we know infects humans and causes disease and using the same genetic structure. But we haven’t seen [these features] before, so they’ve evolved naturally, separately in nature. No one has seen them before so they wouldn’t be genetically engineered that way,” Hall said.

“Obviously a key objective was to clearly say that claims that the virus had been genetically engineered in a laboratory are very unfounded, and I completely agree with them based on the evidence they’ve shown.”

The team also said in the paper that if the virus were manipulated by laboratory researchers, it would have been constructed off a “previously used virus backbone”, but this too was not the case.

The researchers suggested two likely paths for virus evolution. One theory involves the virus evolving through natural selection through animal hosts before jumping to humans.

In the other, the virus progenitor jumps from animal to human and the subsequent adaptations take place in human-to-human transmission until the virus grows efficient enough for the outbreak to take off.

Analysis from other scientists also points to clear evidence of natural evolution. In a series of charts and comments posted on Twitter earlier this month, Trevor Bedford, a researcher at Seattle-based Fred Hutchinson Cancer Research Centre who focuses on modelling the rapid spread and evolution of viruses, came to similar conclusions.

“Looking at mutation distributions, it appears that the genetic differences in #nCoV2019 are consistent with differences expected to arise during natural evolution,” he wrote.

But the authors of the paper published on Monday also say there have been instances of researchers acquiring the Sars virus in laboratory settings.

“Although genomic evidence does not support the idea that SARS-CoV-2 is a laboratory construct, it is currently impossible to prove or disprove the other theories of its origin described here, and it is unclear whether future data will help resolve this issue,” they wrote, adding that identification of the most recent animal source would be key to solving the mystery.

China did have an outbreak of severe acute respiratory syndrome, or Sars, due to a leak from a laboratory in 2004, killing one person and infecting nine others, according to state media.

Improving biosecurity has become a higher national priority, with President Xi Jinping highlighting the need to speed up legislation on biosecurity as he called on for an overhaul of China’s infectious disease response system on Friday.

State news agency Xinhua reported earlier that a draft of a biosecurity law was submitted to the Standing Committee of the National People’s Congress, the country’s top legislature, for review in October.

The draft focused on protecting the security of China’s biological resources, and preventing and prohibiting the use of biological agents or biotechnology that may harm national security, and strengthening security at Chinese laboratories, the report said.