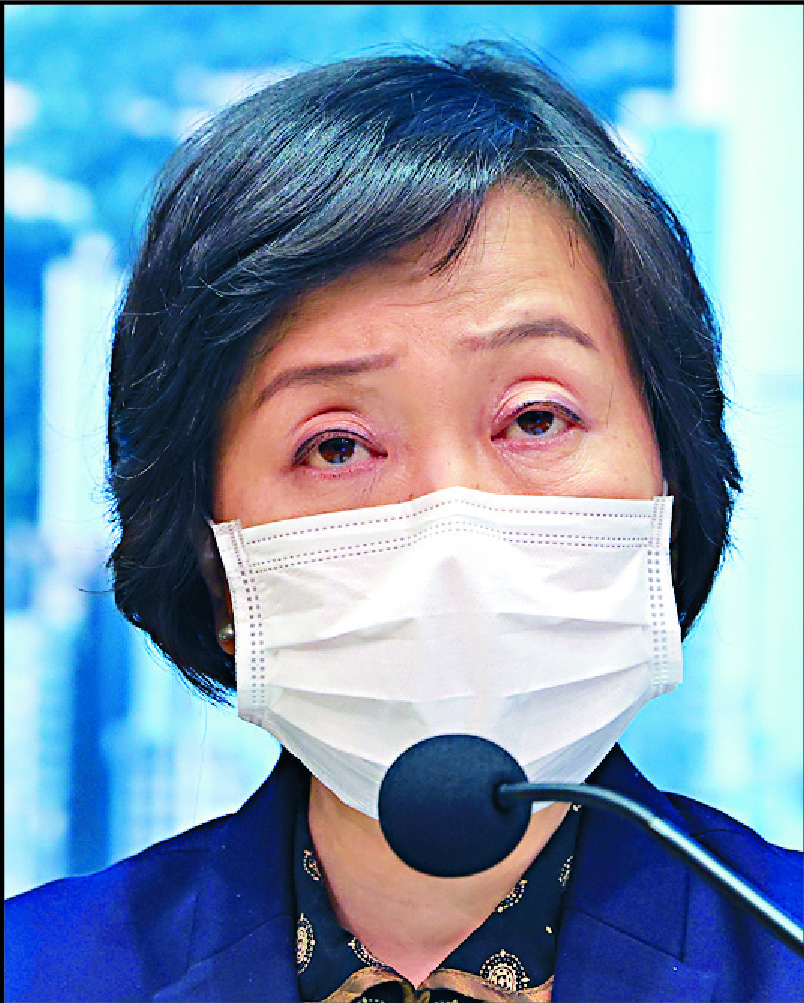 Schools to get gold, silver and bronze 'rewards' over jabs

The Education Bureau will collect vaccination data from schools every month in the academic year starting this week for better policy design, Secretary for Education Christine Choi Yuk-lin said.
But the data will not be published to avoid heaping unnecessary pressure on schools, she said.

Choi said authorities will try to continue half-day in-person classes despite an increase in the daily Covid caseload, as class suspensions have proved challenging for students, teachers and schools.

Choi also said that a vaccine reward program will be introduced in the new academic year, which will cover primary and secondary schools, as well as kindergartens and special schools.

She said the program's target is to make students get three jabs. Schools will get a "gold reward" when their vaccination rate reaches 90 percent, a "silver reward" when it reaches 80 percent and a "bronze reward" for 70 percent.

Choi also said it was unfair on the part of some to blame the education system for causing the anti-fugitive bill protests in 2019.

"When there is large-scale unrest, it's impossible to not affect students, but this is not [because] education suddenly has a huge problem," Choi said.

But she said newly hired teachers in public schools must, in the new school year, pass a Basic Law exam that will include national security elements.

"It's difficult to tell whether you love [the country] or not when you know nothing about it," Choi said. "A natural feeling only appears when there is recognition."

Choi was speaking as Secretary for the Civil Service Ingrid Yeung Ho Poi-yan said around 10 percent of toddlers between six months to three years old have taken their first Covid jab.

She said experts have studied the case of a 17-month-old boy suffering from Covid-induced croup on the day he received his first jab and found that his condition was unrelated to the vaccine.

She called on parents not to hesitate and take their children to be vaccinated as soon as possible.

Yeung said she also hoped that schools and kindergartens will use outreach vaccination services after the new academic year starts, as authorities have lowered the threshold to allow these services to be implemented if ten or more kids have signed up for them.

Yeung also believes that more toddlers will get jabs but stopped short of setting a target on any vaccination rate for this age group, saying the government's goal is to help as many people as possible to get jabbed.
#vaccine  #Covid
Add Comment