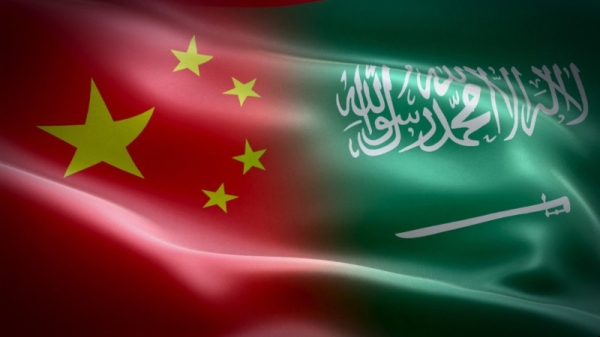 Saudi Arabia and China signed on Saturday an agreement to build military drones locally in the Kingdom. This is part of the Kingdom’s move to localize the field of military industries and make it an important source of the economy.
The Saudi Advanced Communications and Electronics Systems Company (ACES) signed the strategic agreement with a Chinese global knowledge transfer company to manufacture drone payload systems in the Kingdom. The pact was signed after ACES announced the establishment of a new company for unmanned aircraft in the Kingdom, namely Aerial Solutions.

The new agreement was signed with China Electronics Technology Group Corporation (CETC), one of the world’s largest defense companies. The state-owned Chinese defense conglomerate is specialized in dual-use electronics.

The Kingdom will take advantage of the Chinese company’s vast experience spanning over 20 years in research and development, with its dozens of research institutes.

The new agreement and ACES’s strategy are in line with the objectives of Vision 2030, as Saudi Arabia aims to localize the field of military industries, making it an important tributary to the Saudi economy, as well as in transferring technology, supporting local investors, providing job opportunities in this promising sector, and maximizing the military sector’s contribution to the national economy.

It is noteworthy that ACES is an integrated company for information and communication technology systems in the Kingdom.

It is an international neutral digital infrastructure company with the vision to diversify its portfolio and continue evolving as a champion neutral host operator and managed service provider.

It has succeeded in building good reputation and providing giant projects over the past 30 years, aiming to provide CAT 1 to CAT 5 UAV systems, and render advanced solutions to serve various sectors such as defense, security, oil, gas, power transmission, traffic control and border guarding.
Add Comment