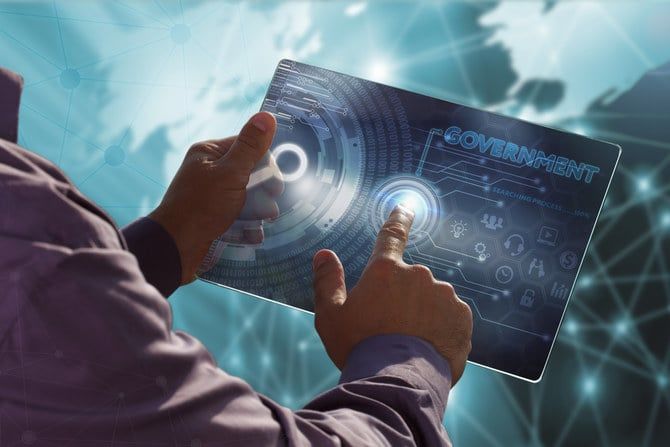 Saudi Arabia was distinguished in sub-indicators as well as excelling in all four areas with a general maturity rate of 97.13 percent.

The Kingdom scored 96.29 percent in its core government systems, 97.69 percent in fostering enablers, 97.93 percent in service delivery, and 96.62 percent in citizen engagement.

Data also showed that 136 countries remained in the same ranking while 52 moved up and 10 moved down one level.

The index was announced at a press conference held on Wednesday evening in Washington DC, in the US.

Attending the event was the Minister of Communication and Information Technology and Chairman of the Board of Directors of the Digital Government Authority, Abdullah Al-Swaha, where he extended his appreciation to His Highness King Salman bin Abdulaziz Al Saud and Prince Mohammed bin Salman bin Abdulaziz.

Digital Government Authority Governor Ahmed Al-Suwaiyan spoke about the Kingdom’s achievement as the execution of highly integrated work amongst government agencies within the digital transformation initiatives and programs that aim to reach Vision 2030.

Since 2006 Saudi Arabia has had an established plan for digitization, called to the National Strategy for Digital Transformation.

As the world swiftly adopted digital strategies after the pandemic put in place a huge need for physical interaction alternatives, Saudi Arabia itself was able to quickly establish a framework for digital transformation in sectors including finance, commerce, logistics and information technology.

The action plan was divided into three phases. It is currently in its final stage, the Smart Government Strategy, which aims to create a new seamless government experience for beneficiaries by 2024.
Add Comment