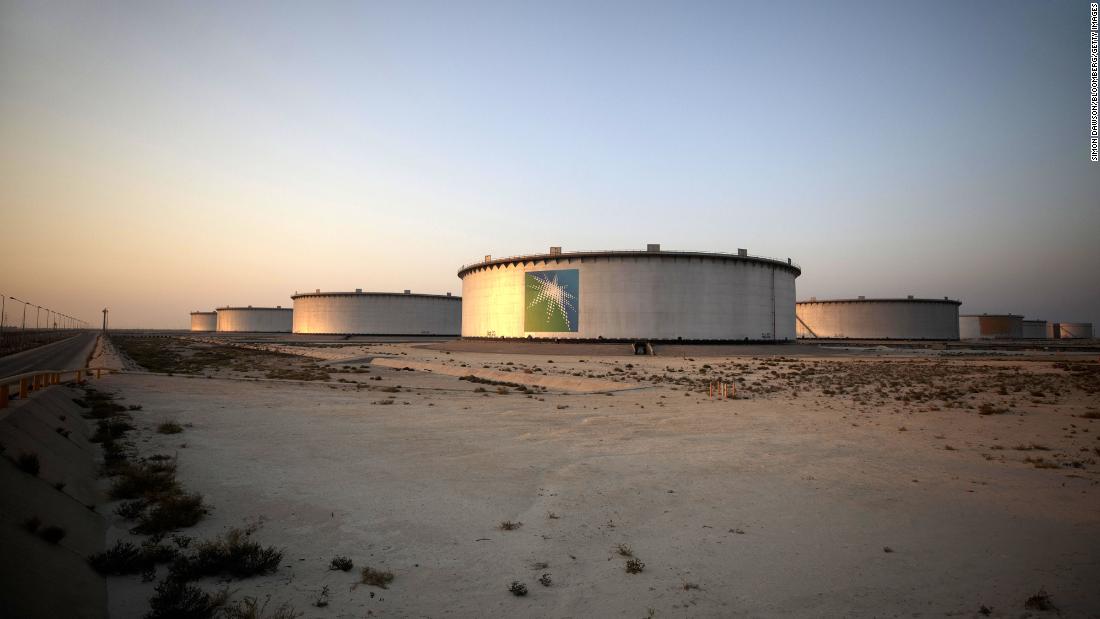 Saudi Arabia could sell more of its crown jewel. China is the most likely buyer

Saudi Arabia is considering selling part of its giant state oil company to a major foreign investor, likely from China.

The kingdom's crown prince, Mohammed bin Salman, confirmed the possible sale of a 1% stake in the world's biggest oil company on Tuesday. The stake would be worth about $19 billion based on Aramco's market value.

"There is a discussion now about the acquisition of 1% of Aramco by a global leader in the energy field," bin Salman, the de facto leader of Saudi Arabia, said in a rare televised interview broadcast on Saudi state media. "It will be a very important deal to boost Aramco sales in a very large country," he added.

China is the largest buyer of Saudi crude, importing more oil from the kingdom than it did from any other country in 2020, according to data from China's General Administration of Customs.

Aramco has other large customers in Asia and in a report last month it said it is investing in crude oil sales and trading operations in China, India, Southeast Asia, Japan and South Korea.

The potential Aramco buyer has "clearly got to be an Asian national oil company," said Bernstein senior analyst Oswald Clint. "Most of their crude goes in that direction," he added.

Saudi Arabia sold about 1.7% of Aramco in 2019 in the largest IPO in history, raising $29.4 billion to help fund bin Salman's Vision 2030 plan to wean the kingdom off oil and develop other areas of the economy. Aramco was worth about $1.7 trillion at the time.

But the partial privatization on the Riyadh stock exchange relied heavily on local and regional investors, meaning it raised far less than the $100 billion originally envisaged.

A sale to a foreign investor could help raise more money to fund bin Salman's vision. But oil companies in the United States and particularly in Europe are trying to shift away from oil and have unveiled plans to invest billions of dollars into clean energy projects. Major institutional investors are also trying to de-carbonize their portfolios.

The rise in shale production in recent years means the United States also has a greater degree of energy independence and less incentive to be so deeply engaged in the Middle East, said Hasnain Malik, head of emerging markets equity strategy at Tellimer, an investment bank based in Dubai.

"China ... may see an opportunity to deepen its own relationship," Malik told CNN Business.

The benefits of owning such a "tiny equity stake in a national champion of another country" were unclear, he added, suggesting that any deal was more likely to be grounded in geopolitics rather than economics.

According to the Financial Times, Saudi Arabia has held talks with Mukesh Ambani's Reliance Industries about buying a stake in the Indian company's refining and petrochemicals arm with a mixture of cash and Aramco shares. Several people said that while the share sale touted by bin Salman could be referring to the Reliance deal, it was more likely to be related to separate discussions with Chinese and other investors, the newspaper reported on Wednesday.

In the Tuesday interview, bin Salman said that some of Aramco's shares could also be transferred to Saudi's Public Investment Fund and that the kingdom had no plans to "get rid of oil."

"The investment opportunities for Aramco are tremendous," he said, adding that details on the sale of Aramco shares could be revealed within a year or two.

The crown prince's economic diversification efforts were dealt a by the coronavirus pandemic, which torpedoed demand for oil as global travel came to a standstill and much of the world plunged into a deep recession. Aramco's profits nearly halved to $49 billion in 2020.

After several months in which production was curtailed to mop up the supply glut, major oil producers led by Saudi Arabia agreed earlier this month to gradually increase output over the next three months following a sharp increase in oil prices and calls from the United States to keep energy affordable.