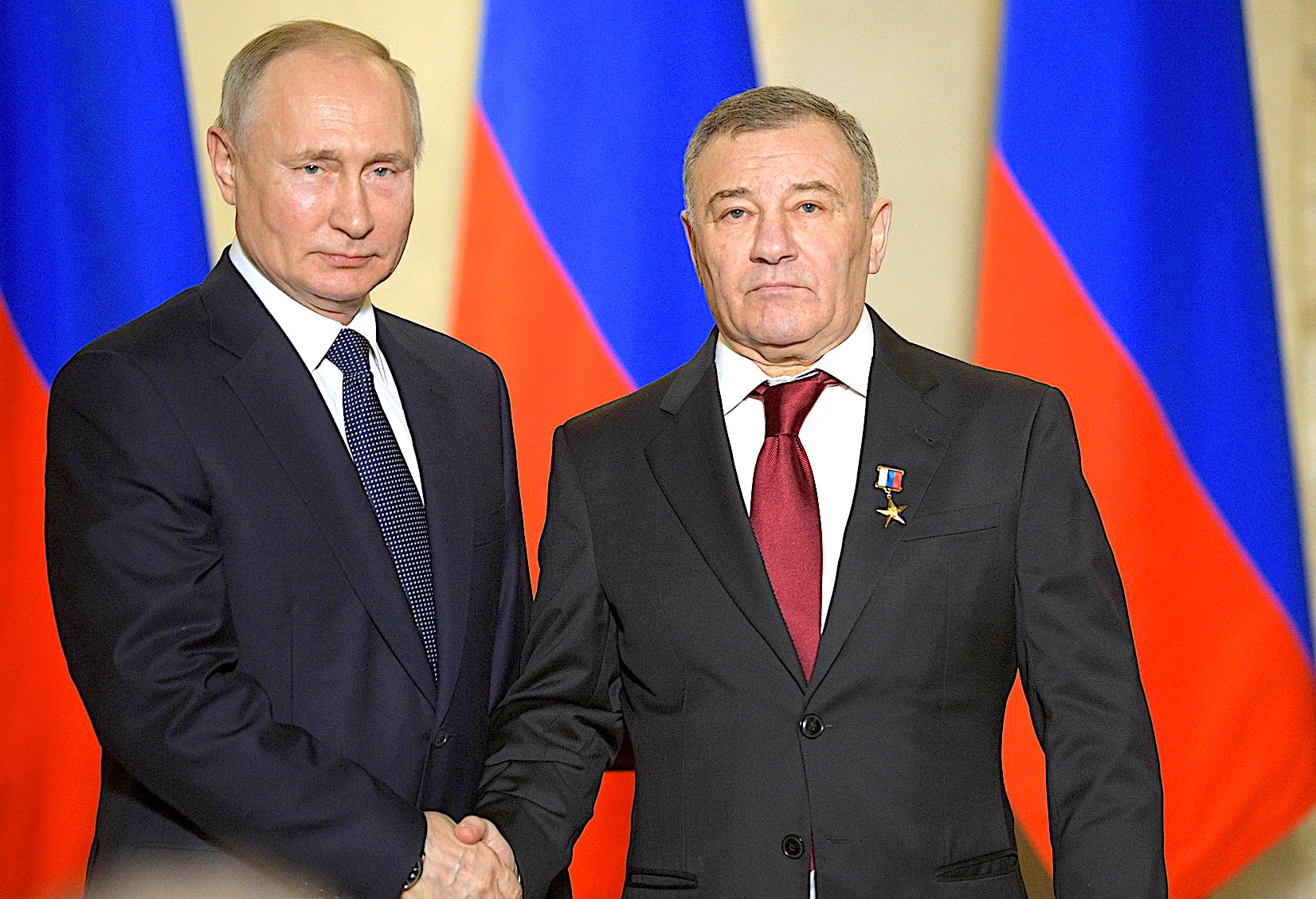 One of Vladimir Putin's closest friends may have used Barclays Bank in London to launder money and dodge sanctions, leaked documents suggest.
Billionaire Arkady Rotenberg has known the Russian president since childhood.

Financial restrictions, or sanctions, were imposed on Mr Rotenberg by the US and the EU in 2014, which means Western banks could face serious consequences for doing business with him.

Barclays says it met all its legal and regulatory duties.

A leak of confidential files – banks’ “suspicious activity reports” – reveal how companies believed to be controlled by Mr Rotenberg kept the secret accounts.

The documents, known as the FinCEN Files, have been seen by the BBC’s Panorama programme.

In March 2014 the US hit Russia with economic sanctions following the annexation of Crimea in Ukraine.

The pair had sparred and trained in the same judo gym as Putin when they were young.

In recent years, Arkady Rotenberg’s companies built roads, a gas pipeline and a power station through contracts awarded by the Russian state.

The US Treasury said the brothers “provided support to Putin’s pet projects” and “made billions of dollars in contracts for Gazprom and the Sochi Winter Olympics awarded to them by Putin”.

In 2018, the US added Arkady Rotenberg’s son Igor to its list of sanctioned individuals.

The aim of the sanctions is to cut off named people from the entire Western financial system.

Yet the Rotenbergs appear to have continued moving cash through the UK and US.

In 2008, Barclays opened an account for a company called Advantage Alliance.

The leaked documents show the company moved £60m between 2012 and 2016. Many of the transactions occurred after the Rotenberg brothers had been sanctioned.

In July this year, an investigation by the US Senate accused the Rotenbergs of using secretive purchases of expensive art to evade sanctions – one of the companies involved in the scheme was Advantage Alliance.

US investigators concluded there was strong evidence that Advantage Alliance was owned by Arkady Rotenberg, and that the company had used its Barclays account in London to buy millions of dollars of art for him.

A report noted how “secrecy, anonymity, and a lack of regulation create an environment ripe for laundering money and evading sanctions”. Auction houses in the US and UK “failed to ask basic questions” about the buyers of the art.

Despite the sanctions, Arkady appears to have paid $7.5m to acquire the René Magritte painting La Poitrine.

In 17 June 2014 a company linked to Arkady sent the cash from Moscow to Alliance’s Barclays account in London. The following day Barclays sent the cash to the seller in New York.
Add Comment