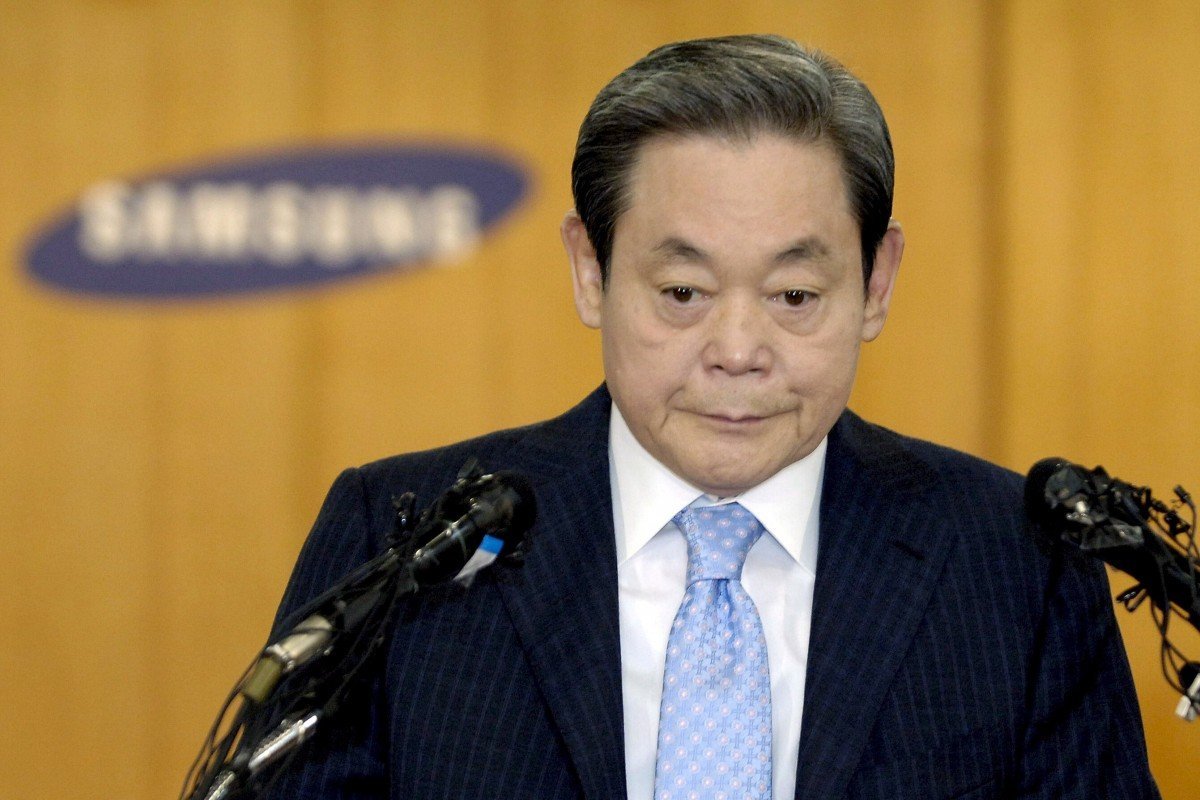 In the days following the death of Samsung Group leader Lee Kun-hee, condolences and praise poured in from the highest echelons of South Korea’s business and political elite.

President Moon Jae-in described Lee as an “icon” of Korean business who had displayed “audacious and innovative leadership” to turn Samsung
into a global tech powerhouse known for its semiconductors and smartphones.

Euisun Chung, chairman of the country’s largest carmaker, Hyundai Group, told reporters that Lee, who was chairman of group crown jewel Samsung Electronics, had instilled in South Korean industry the desire to “be the best”.

Yet amid the adulation, the Samsung patriarch’s death has focused attention on the darker aspects of his legacy, and with it, rekindled long-standing calls for reform of the family-run conglomerates, or chaebol, that dominate Asia’s fourth-largest economy.

Lee Nak-yon, the chairman of Moon’s governing Democratic Party and a likely future presidential contender, said that while Lee had exemplified business leadership, he had been responsible for “negatives” such as increasing the economy’s heavy reliance on the chaebol and suppressing unions.

Jeong Ho-jin, chief spokesperson for the minor left-wing Justice Party, went further, insisting South Korea had to “erase the shadow of the dark history” of cosy relations between business and politics that Lee left behind.

Although credited with powering South Korea’s rise to first-world status within a generation, the chaebol have long been a source of public ire due to their reputation for corruption and unfair business practices, and their opaque and complex leadership structures that have allowed founding families to retain control with only a small minority of shares.

“Samsung critics will make an argument that the governance issue actually has discounted the price of related stocks,” said Auh Jun Kyung, an assistant professor at Yonsei University School of Business, pointing to the rise in stock prices of a number of Samsung affiliates after Lee’s death.

“I think the circular holdings is the area that needs a change,” said Auh, referring to cross-shareholdings between affiliates that enabled the Lees to keep control as Samsung grew into a business behemoth. “Such a large gap between control and ownership exacerbates all the issues related to incentive misalignment.” 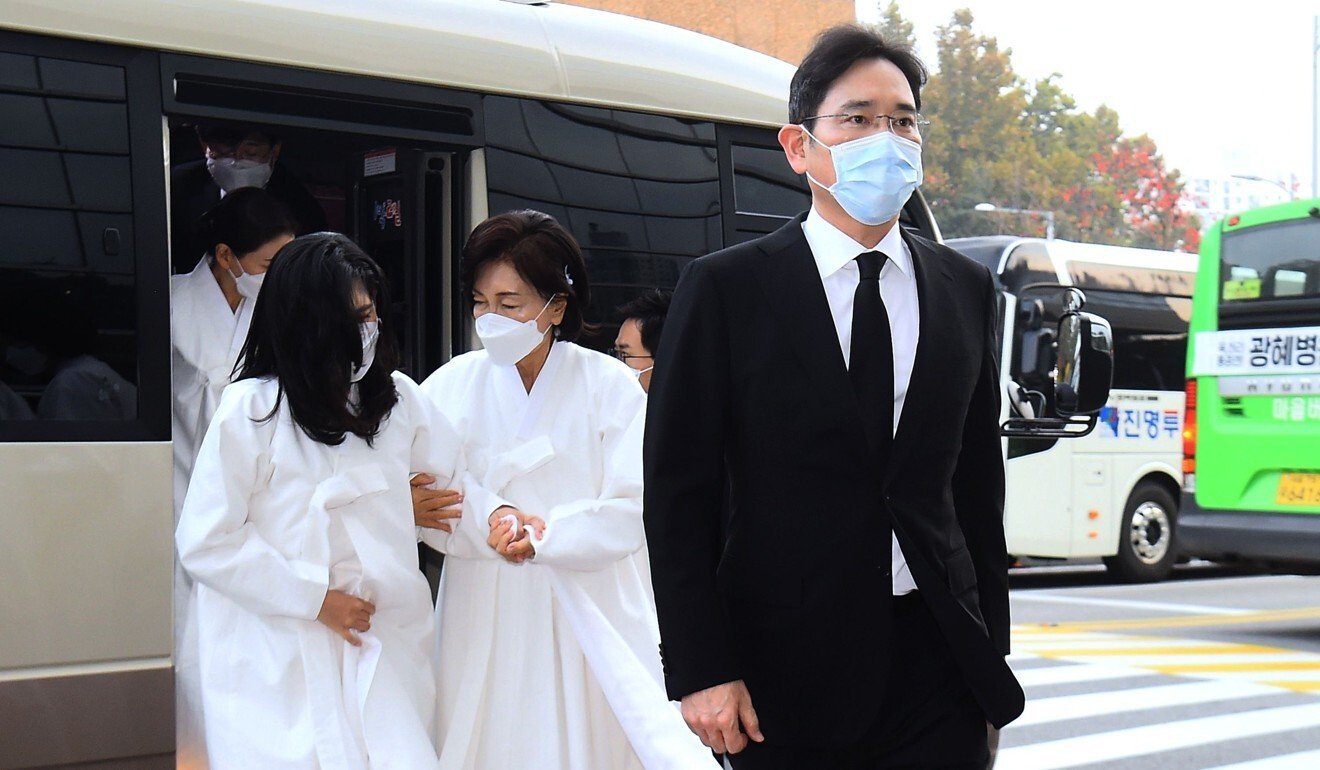 Lee, who died on Sunday after spending the last six years in a coma following a heart attack, took control of his father’s business empire in the late 1980s. He was twice convicted of white-collar crimes, including embezzlement, tax evasion and bribing the president, and received a presidential pardon both times.

His son and presumed successor Jay Y. Lee, 52, known in South Korea as Lee Jae-yong, is facing two separate legal cases, including his retrial over allegations he gave bribes to a confidante of impeached former president Park Geun-hye.

A separate trial related to the merger of two Samsung units that prosecutors allege was manipulated to boost Lee’s control of the group is set to get under way in January.

The younger Lee, who along with his sisters face an inheritance tax bill of up to US$10 billion, had been widely considered de facto leader of the group since his father became incapacitated in 2014.

“The most effective reform would be the court ruling that would put Jay Y. Lee in jail, and block him from serving as an executive of Samsung Electronics,” said Woochan Kim, a professor at Korea University Business School in Seoul.

“That would give a strong signal to the rest of the business community that business executives should no longer try to give bribes or manipulate stock prices to benefit themselves at the expense of minority shareholders.”

Like successive left-leaning leaders before him, Moon campaigned on sweeping chaebol reform, once including the conglomerates among a list of “deep-rooted evils” plaguing South Korea society. 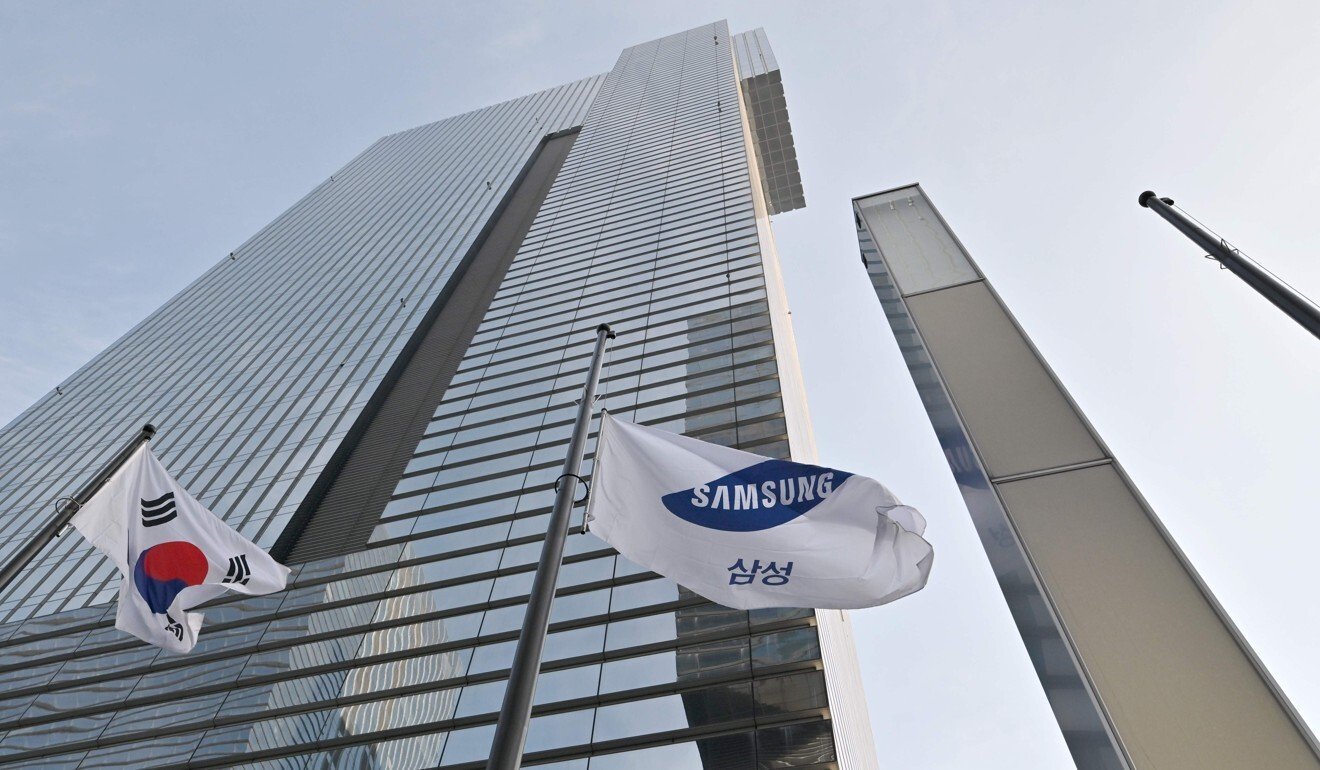 A Samsung flag flies at half-mast outside the company's Seocho building in Seoul on October 28.

But after taking some steps to rein them in – such as appointing Kim So-jang, a veteran corporate activist known as the “chaebol sniper”, to lead the Fair Trade Commission – Moon has been accused by activists and unions of abandoning his pledges to secure industry support for his economic plans and rapprochement with North Korea.

“They have always been scared when you have a slumping economy or a difficult marketplace and people have been blaming the government for the bad economic situation,” said Kim, adding that the prosecution of individual executives did not address the deeper problem of chaebol leadership structures. “You either change or you don’t change.”

The top 10 chaebol generated revenues that amounted to nearly 50 per cent of South Korea’s GDP in 2017, according to corporate website CEO Score. Samsung Group – whose businesses span electronics, insurance, construction, shipbuilding, and arms – has been estimated to account for 20 per cent of the country’s US$1.5 trillion economy.

In an apparent signal of his willingness to turn his attention back toward the chaebol, Moon on Wednesday called for bipartisan support for a number of “fair economy” bills that would boost shareholder rights and management oversight, and increase the bargaining power of franchisees.

Samsung, too, has attempted to read the public mood.

In May, Jay Y. Lee made a rare public apology over the controversy surrounding his succession, and pledged not to pass on control of the company to his children when the time came.

“That is an admission of the limitations of the chaebol system – the chaebol chairman is publicly acknowledging that this system is not going to last forever,” said Chang Sea-Jin, a South Korean-born professor at National University of Singapore Business School. “If the government strictly enforces this inheritance tax system, the chaebol will go away in 10 or 20 years.”

Although it is “very easy to break the system”, it would take time to build something better, Chang added.

Many, though, do not see real change happening under the initiative of the government or the chaebol themselves.

“The Korean government already had the opportunity to clean up the chaebol,” said Geoffrey Cain, author of Samsung Rising: The Inside Story of the South Korean Giant That Set Out to Beat Apple and Conquer Tech.

“If anything, we’ll see the opposite. Jay Lee is under pressure to get enough shares and pay the inheritance tax, so we could see more shady shareholding deals in the coming months that would solidify his control at the expense of shareholders.”

Kim, the Korea University Business School professor, was blunt in his assessment of the likelihood of Moon leading major reform.

“If he does, that would be a miracle,” he said.