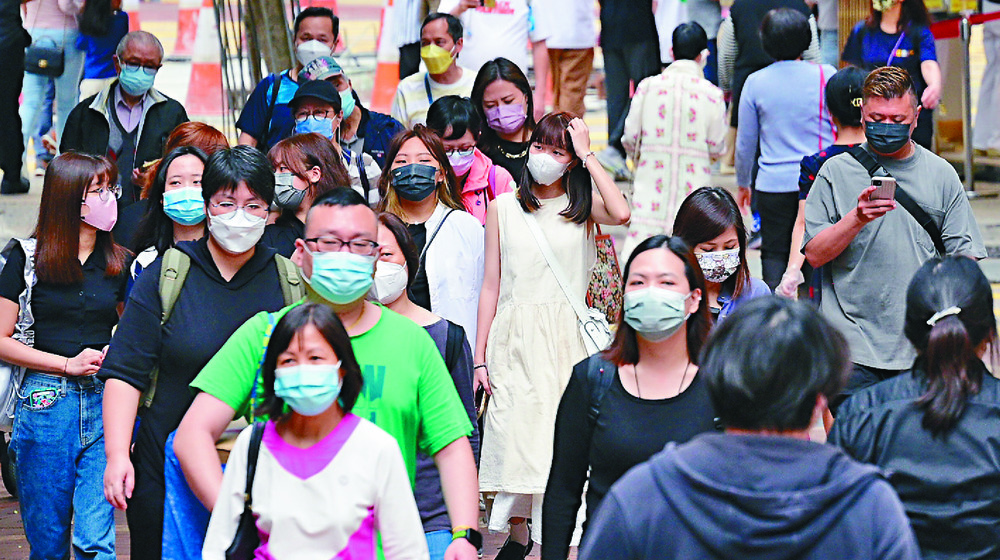 A new round of the employment support scheme is to help businesses rebound, Secretary for Labour and Welfare Law Chi-kwong said.
Law also said the scheme can lower the jobless rate, currently at 4.5 percent.

He said the design of the relief package is "different from last time" as the previous round was aimed at helping businesses "stay afloat" but this time would help them "rebound."

He said May was an appropriate time for the scheme to commence as he believed the fifth wave would come under control soon.

The administration on Friday announced a three-month employment support scheme starting May to benefit up to 1.3 million employees in the city.

Workers earning more than HK$30,000 a month will not be eligible. The subsidy is set at HK$8,000 a month per full-time worker for three months.

Law said the design of the scheme ensured that grassroot workers benefitted, as the previous round saw some businesses also use the fund to pay salaries of employees on higher wages.

"But the changes made to the scheme this time would ensure grassroot employees would receive a certain amount of income," Law said.

Meanwhile, Financial Secretary Paul Chan Mo-po said that negative economic growth in the first half of the year is inevitable and the city's unemployment rate will continue to worsen.

He said the key factor dictating the growth of the city's economy in the second half would be the efficiency of Hong Kong's anti-epidemic effort.

Chan said the government has already rolled out tax concessions to lower the operating expenses of small to medium enterprises combined with the rent moratorium to help them "ride out the storm."

The fifth wave has seen many industries hit hard. One person who had been a casual worker found he had only HK$13.75 left in his account after being quarantined after testing Covid positive.
#Covid
Add Comment