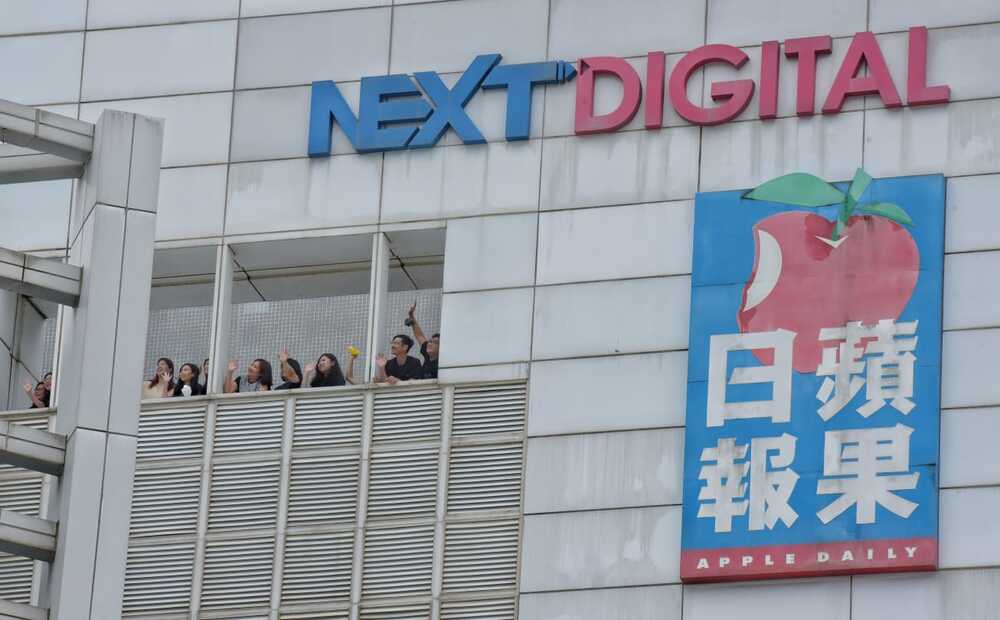 'Sadness and torment': Apple Daily interns reflect on final days at the newspaper

For a group of interns, Hong Kong’s pro-democracy newspaper Apple Daily proved to be a work experience they will never forget, Reuters reports.
When the interns were less than three weeks into the job, 500 police officers raided their newsroom and arrested five executives as part of a national security investigation that has intensified fears over press freedom in the global financial hub.

On Thursday, the popular newspaper ended its nearly three-decade run, forced to close with its owner in jail and company assets frozen, leaving it unable to pay its approximately 600 journalists.

It was not the start of a career the interns had hoped for.

“My parents asked me to quit the internship after the senior executives were arrested,” said Cherry, 21, who nevertheless defied her parents to stay on until the end.

Cherry, who did not want to be identified by her full name because of the sensitivity of the matter, said she felt sadness and torment over the paper’s demise.

“I wanted to stay in Apple Daily my whole life. From intern, to part-time, then to full-time ... Working at Apple Daily is not just a job, it is like a mission,” she said.

Lai, 73, has been a thorn in the side of Hong Kong’s Beijing-backed government for years. Authorities have accused him of colluding with foreign forces, including calling for sanctions in defense of the pro-democracy movement.

Beijing’s main office in the city, the Liaison Office, has called him a traitor in statements. Lai is in jail on charges of illegal assembly, related to last year’s democracy protests.

The paper’s closure is a dark moment for media in the former British colony, press advocacy groups say. Officials in Hong Kong and China have repeatedly said media freedoms are respected but are not absolute.

Five other interns who spoke to Reuters on condition they not be fully identified described their anguish but also the support of parents as they joined a company in the firing line of authorities under a tough national security law Beijing imposed on the city last year.

Polie, 21, said her mother had rushed into her bedroom the morning the newsroom was raided last week to tell her the news.

Venus, 20, said her parents were worried about her internship and asked her not to put her byline on articles.

“They didn’t scold me, they just reminded me to be careful.”

For Ng, 21, working at the Apple Daily had been a childhood dream come true.

“If I didn’t get the internship at Apple Daily, I wouldn’t apply to any other organization,” she told Reuters.

“There won’t be a paper better than Apple Daily for reporting the truth.”

Kenji, 22, on his second internship at the paper, said his passion for journalism was fading as the future for Hong Kong’s media appeared ever more gloomy.