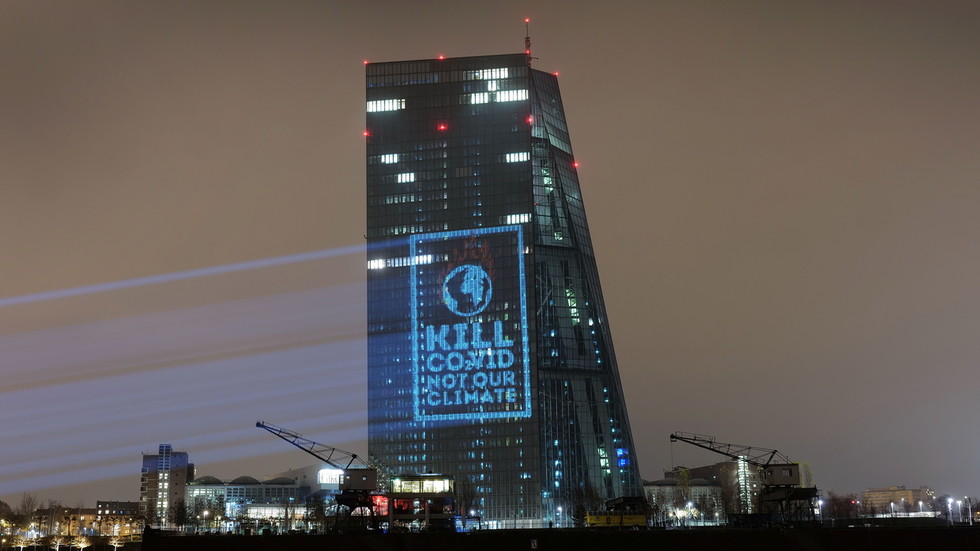 Humanity should sacrifice “personal freedom” just as many nations did during the Covid-19 pandemic in order to successfully fight climate change, a German MP has said, adding that there will “never” be a vaccine against CO2.
Germany had barely started its coronavirus vaccination campaign when a Social Democratic MP, Karl Lauterbach, warned that his compatriots need to brace themselves for yet another challenge: global warming.

“We need measures to deal with climate change that are similar to the restrictions on personal freedom [imposed] to combat the pandemic,” the professor of health economics and epidemiology at the University of Cologne wrote in a guest piece for Die Welt newspaper. He added that he hoped climate change issues would play “a dominant role” during the upcoming election campaign ahead of the federal ballot scheduled for September 2021.

The politician said he “had an impression” that Germany, Europe, and particularly the US “would not have been able to defeat the Covid pandemic without the development of a vaccine.” All these nations are still quite far from defeating the virus, as their vaccination campaigns have only just started, and the number of new infections in these nations remains relatively high. But he appeared much more concerned about the fact “there will never be a vaccine against CO2.”

Lauterbach admitted he was rather skeptical about whether his dream future, in which humanity would beat climate change through the sacrifice of freedoms, would ever be achieved. “My experience of combating the coronavirus pandemic has unfortunately made me extremely pessimistic about whether we will be able to successfully stop climate change in time,” he admitted.

According to the MP, the problem lies with the fact that Germans have “underestimated” the pandemic and continue to do so. Now, as the vaccination campaign kicks off, some might be too tempted to throw off the shackles of yet another lockdown well before the time is right to ease the restrictions, he warned.

It is “necessary” for the lockdown to remain in place until the number of new cases falls “well below 50 per 100,000 people in a week,” the epidemiologist said, calling on fellow citizens to “have discipline, altruism and … patience to achieve this.”

However, many Germans seem unlikely to agree with such advice. The nation has repeatedly seen massive protests against coronavirus restrictions. The government’s decision to re-introduce a partial lockdown in early November sparked a new wave of demonstrations, some of which turned violent. Some of those opposing the lockdown went as far as to compare themselves with the anti-Nazi resistance, provoking a harsh rebuke from Germany’s Foreign Minister Heiko Maas.

The fact that Christmas parties in Germany were limited to close family members would have done little to brighten the nation’s mood. The ban on drinking alcohol in public and buying fireworks for use on New Year’s Eve probably came as unwelcome news too.

The nation launched its vaccination campaign on Saturday – a day ahead of the joint EU inoculation drive. Ensuring the German population is immune to the virus will likely still take some time, since each European country has so far received only around 10,000 doses. More are expected to be delivered in January.
#COVID-19  #vaccine  #Covid  #Coronavirus

oh ya 135 days ago
It is well accepted that when your dog loses its mind you take it to the vet and put it down. The same thing as this socialist needs. Wake up world before nutbars like this control YOUR LIFE
View all comments (1)Add comment