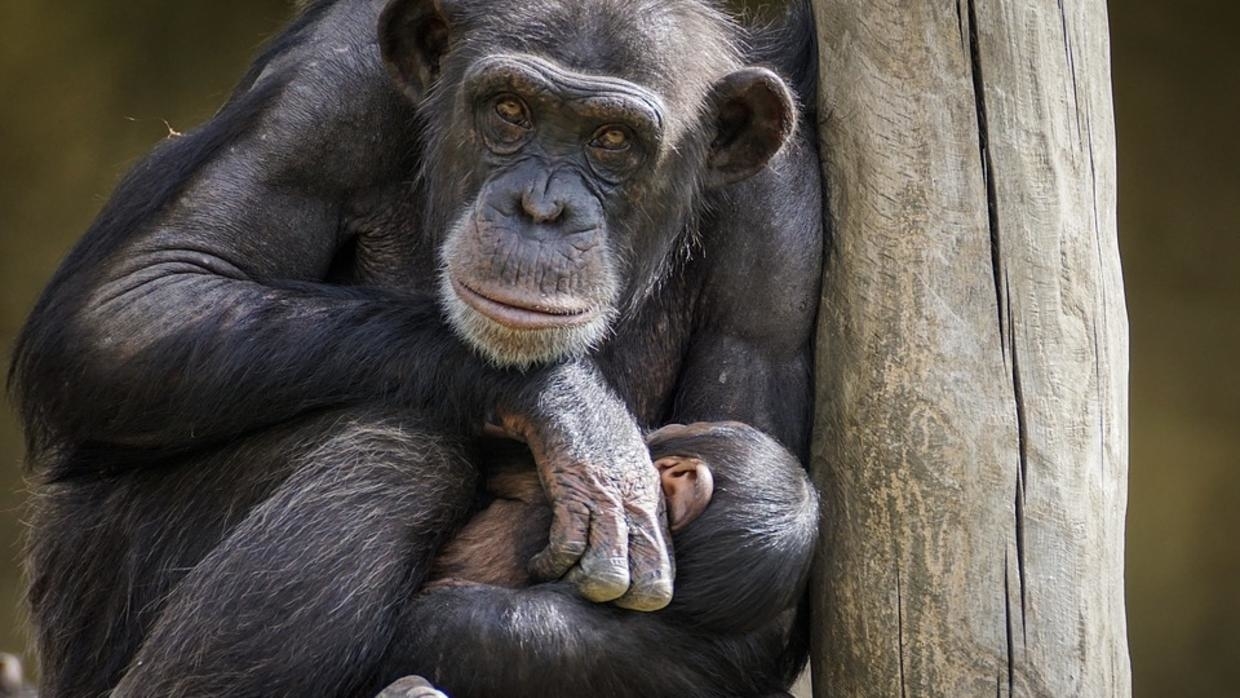 Zoos around the world have been forced to close because of the coronavirus lockdown. Owners are finding it difficult to make ends meet, with some struggling to feed their animals. As carers in Russia have discovered, some animals are suffering from a lonely lockdown.

The Siberian Times website reported that when the Krasnoyarsk Royev Ruchey Nature Park went into quarantine on 25 March, the chimpanzee twins Tikhon and Anfisa showed signs of depression within days.

The park said the chimpanzees crave company nearly as much as food.

Their carers - who have agreed to stay locked inside the park for the duration of the quarantine - set up television screens outside the cages and screened cartoon movies such as The Lion King. The cartoons appear to have cheered the chimps up.

The staff said provisions had been set aside to feed the 5,000 or so species of animal kept at the park during the lockdown.

But times are tough for the animals in zoos around the world because of the Covid-19 crisis, and France is no exception.

Jean-Marc Charpentier, a veterinarian and director of a zoo park near Paris says he is operating at a loss.

"We continue to feed, spend, maintain, and take care of the animals, but all this without any income," he explained, bemoaning the fact that French businesses will need to adhere to the extension of the confinement period until at least 11 May.

"The Paris zoo in Vincennes donated tons of meat which was originally meant to be sold to restaurants, which can't buy it because they are closed," he says.

His park, like others, are turning to fundraising drives via Facebook to compensate for the loss of revenue.

Although the government has promised an aid package for French businesses, Charpentier says the money will take some time to come through. In the meantime he needs to find another solution.

Jean-Marc Charpentier hopes confinement will end soon so that he and his staff can capitalise on the spring and summer months, which are their busiest periods.

Animal parks and zoos across France have had to reorganise in order to keep a minimum number of staff for maintenance and animal care.

The association of French zoos has already put in a request for a 'Marshall plan,' referring to the emergency financial initiatives put in place to relaunch the European economy after the second world war.

They have asked the minister in charge of public finances, Gérald Darmanin, to remove the limit on corporate and individual donations to zoos.

Zoo-keepers are also concerned about the danger of animals contracting or transmitting Covid-19.

A tiger at New York's Bronx Zoo tested positive for Covid-19 earlier this month. The institution said the tiger is believed to have contracted the virus from a caretaker who was asymptomatic at the time.

On a brighter note, the life of wild animals on the fringes of urban areas around the world appears to have improved.

Residents in many suburbs have reported an increase in the number of sightings of wild animals, probably encouraged by the absence of pedestrians, traffic and noise pollution.
#COVID-19  #Covid  #Coronavirus
Add Comment