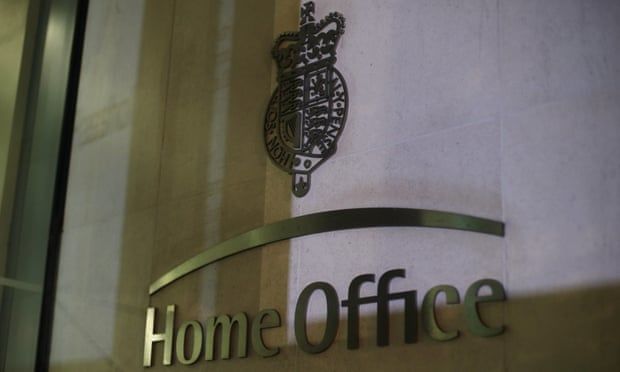 Eight Russian oligarchs on the UK sanctions list over their links to Vladimir Putin were granted “golden visas” to live in Britain.

The eight individuals, who Boris Johnson described as having “the blood of the Ukrainian people on their hands”, were granted the right to live in the UK after promising to invest at least £2m under the controversial tier 1 investor visa scheme.

The eight people were not named, and the Home Office declined to provide further details.

On 10 March, the UK government said sanctions had been imposed on 18 Russian businesspeople, with a combined worth of £30bn, since the invasion began. Hundreds more have been added to the list since.

Those on the list include Roman Abramovich, the billionaire owner of Chelsea FC; Alisher Usmanov, the steel and mining magnate described by the EU as one of Putin’s “favourite oligarchs”; and Andrey Guryev Jr, whose family reportedly owns Witanhurst, a mansion in Highgate, north London, that is London’s second-largest home after Buckingham Palace.

Layla Moran, the Liberal Democrat foreign affairs spokesperson, said: “For too long the government has rolled out the red carpet for Putin’s cronies. These people should never have been able to buy their way into the UK with ill-gotten wealth.

“We now need to know how many others who were given golden visas owe their wealth to Putin’s regime, and why the government hasn’t sanctioned them too. Ministers must stop dragging their feet and finally publish the review into these visas.”

The government scrapped the golden visa scheme in February as fears mounted that Russia was preparing to invade Ukraine. Priti Patel, the home secretary, said she was closing the scheme as part of a push to stop “corrupt elites who threaten our national security and push dirty money around our cities”.

Launched in 2008, the scheme allowed people with at least £2m in investment funds and a UK bank account to apply for residency rights, along with their family. The speed with which applicants were given indefinite leave to remain was hastened by how much money they planned to invest in the UK: £2m took five years, while £10m shortened the wait to two.

The Home Office has issued 2,581 investor visas to Russian citizens since the scheme was introduced in 2008.

During a “blind faith period” between 2008 and 2015, 97% of investors were subject to scant checks on the legitimacy of their wealth leading to concerns about undesirable people slipping into the country, says critics.

According to an anti-corruption watchdog, 6,312 golden visas – half the number of all those issued – had been reviewed for “possible national security risks”.

Dr Susan Hawley, the executive director of Spotlight on Corruption, said: “This illustrates once again just how risky the golden visa regime was to the UK’s national security, and is likely to be just the tip of the iceberg. The government must publish its review of golden visas issued between 2008 and 2015, when minimal checks on applicants’ source of wealth were made, urgently.

“We also need to know how many tier 1 visas issued to Russian nationals since 2008 have been found to pose a national security risk, and what steps the government is taking to revoke visas where appropriate.”

After the 2018 Salisbury poisonings of Sergei and Yulia Skripal, a former Russian military officer and his daughter, the government launched a review into the investors who were awarded visas from 2008-2015. The review has yet to be published.

Meanwhile, new investors continued to take advantage of the visa system. The latest Home Office data shows 798 investor visas were granted in the year to September 2021, of which 82 were awarded to Russians – the highest 12-month total since 2018.

The scheme remained open, despite parliament’s joint intelligence and security committee saying in 2020 that it was “welcoming oligarchs with open arms”.

“It offered ideal mechanisms by which illicit finance could be recycled through what has been referred to as the London ‘laundromat’,” the committee said. “Russian influence in the UK is ‘the new normal’, and there are a lot of Russians with very close links to Putin who are well integrated into the UK business and social scene, and accepted because of their wealth.

“This level of integration – in ‘Londongrad’ in particular – means that any measures now being taken by the government are not preventative but rather constitute damage limitation.”